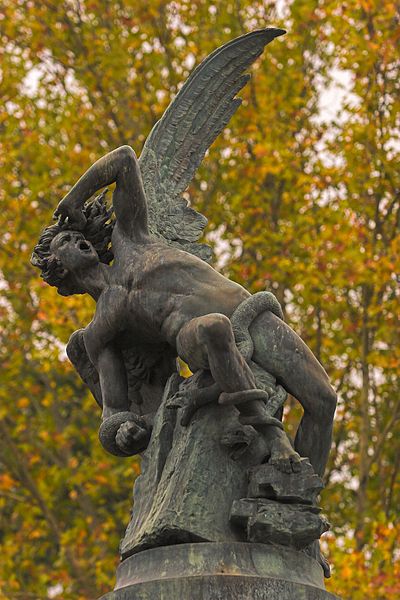 I feel as if the demons I’ve identified have started resisting, directing me towards my go-to emotion: anger. But my response to a lot of things has been anger—anger about being lonely, shamed-self-angry—

I asked K to keep me out of the rain Friday morning.

A lot of my recent energy feels ill-directed and unfocused, but I know there’re some knots with those demons—______ has a very dismissive, self-defeating, despairing aspect it likes to inflict. The Void is outright bitter, crying-jag lonely—untouched and not knowing what to do when touched. _________ ___ wants to be accepted and not rejected or mocked.

The Morrigan and I talked about my desire and what I want to do—I feel She’s probing and testing—well, She is—so much of what we do is reaffirmation for me. [No, continued spelling.] But She also helps keep me honest. The late night projections, though, are hazy—and I’m honestly too tired for them most of the time. I’ll drift and then return because my mind and body are tired. This should improve in the fall when I’ll have time to sleep, but damn. Tired, sleepy, cranky—(vs.) relaxed, self-confident.

I think [alchemical symbol] was someone else’s symbol that got put on me: it now feels alien.

Black Heart of Innocence—I probably need to Pentacle—want to—but energy work and channeling the Green, [Elethis], [Corunor] are really very good for me—especially with kinesthetic and Otherworld awareness & presence & shadowed eyes ([Corunor] is good for that in particular).

I’ve considered going as the crow—

Thorn goes to the GD/QBL Tree of Life associations by pointing to Mercy & Severity (the left and right Pillars)—(it’s not a Tree, it’s a Tower—a Temple—it’s a Temple to—Something I find paradigmatically suspicious. Tying Feri, let alone other, non-GD, non-Xian traditions to this really makes me question adopting the framework & the BS use of the Tree for the SoS/Presence/BoL. [cf. my previous notes on GD formulation of SoS]

Thorn presents an [unclear passage] about creating a flow/currents wherein the sticky body flows down the front up the back and the auric runs up the front down the back, the idea being to generate two fields that run in opposition to each other, but producing elthil friction? Her suggestion is that it points Micro to Macro, but the metaphors [she has on the page] aren’t clear or compelling? She notes its use for “attention and will development” [hasn’t all of it?]—and while I can sense [imagine] it might do something, I’ve no idea why other than merely “cycling” elthil [movement rather than the usual stillness of Kundalini, for example) or mere auric manipulation & one’s awareness of it. Her metaphor is primarily electromagnetic (magnet and coil is what comes to my mind in a kind of [alternating current-like] system)—

A lot of it may also have to do with my general sense of myself in the public sphere, and within Koranith. My social identity and persona—the mask and construct that is “___________ _ _______.” Who took on a [??] demonic aspect at times. However, well, okay—is she a demon? There’s an element of halthaya, hurur, and mûl-ôl to her. And part of that is the entangling of her with self-identity, as the person I am.—as I choose to live as. I don’t want to destroy or—abnegate that part of me. But reclaiming and regenerating and reforming it/her—she is deceptively demonic, or has become so—or I’ve allowed her to become so—a sink of energy, attention, and identity that I do not allow, desire to do so. I do not wish to abnegate power or energy to her anymore, for I have often done so.