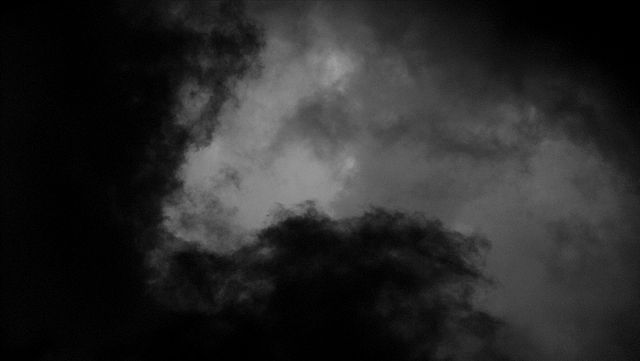 Siddhi of the Gods, Dualism vs. Triune Logic, Reforming Demons

I realized just now that She’s [The Morrigan’s]—I’ve been looking towards Elethis and not seeing Her where She was—on the ground, smiling, dancing. But She is there. A different aspect, or the same. She stands in the rain, hair matted, smiling at me. But She’s on one of the branches of Elethis, watching with wet hair, wings, a different smile. She emerges in many places, exists easily in many guises and locales—an awesome multiplicity. She is a goddess in that regard and others. But then, isn’t that one of the siddhi of the “enlightened”? Existing in multiple places at once. One that I see is definitely Dana, the other is the Morrigan, but I am told, “WE ARE THE SAME.” I’d begun to wonder if I’d been wrong in the Dana assignation, but I was only looking at the Morrigan aspect/face. Mercy, Severity, Mercy-Severity? Duality and its Resolution—But Dana is still there, and She smirks at my realization and—They both do. But—I’ve thrilled to Both, gloried to Both—

The GD, QBL, AC, and even Thorn have framed the duality as primarily Mercy-Severity. This pairing is likely an artifact of Paternoster, Abrahamic paradigms. But the formulae are also male-female, dark-light, hard-soft, and so on. With a third term—Middle Pillar, the mixing in Yin-Yang, triadic symbols, unities, and so on. However, triune logic offers a far more nuanced look. Trinary leads to a next term by refusing to reduce potentialities to duality than are then resolved in some kind of harmony. Trinary acknowledges greater options while it’s implicit in the binary. Spectrum (binary) thinking versus “3-dimensional.”

These are shades and the nature of the metaphors to use, but the metaphors are significant because they shape reality, conperception, and identity. That’s why someone pointed to Ain Sur Soph [sic] and NoMind, etc. etc. The space/time into which we project the symbols we use. It means I may not trust Thorn’s reliance on Regardie and Hermeticism, but I can project and reframe and appropriate it for my paradigmal purposes. Dana Morrigan—Morrigan Dana Teremei

—didn’t go to the GD or Paternoster route—there are other paths and ways of imagining the self. Thorn does so herself: Star Goddess to Divine Twins to Peacock, though I find the Feri conceptions a weird mélange of Thelemic Orientalism with some Victorian Celtic Twilight. Thorn’s notes on the shadow reflect the embrace of those parts of ourselves we’ve compartmentalized and ignored or avoided while also reclaiming our wholer selves. Thus, also, the work with demons and their reform.

Further, Thorn seems to recognize that there is broad adaptability in practice and paradigm, and the Aesthetics of this work are ultimately personal. However, her interests remain, ultimately, self-possession and living as sovereign subjects and subjects of resistance—but also _________.

I ritualed later than I wanted again today. After opening, I med’d for a while and, eventually found myself in the Glade dancing as I did my mantra—sid co nem, nem co doman—and I soon became aware of Her presence. She shadowed above me for a time until I grew to see Her dancing as well. I love dancing with Her. Finally, the crow She put in my chest [heart] chakra became me, and I flew as the crow. It felt odd, and my kinesthetic sense of experience was distinctly atypical. I flew through the branches of Elethis until I found a branch to land on in a tree in a forest, like the wood from “____ ____,” and I spied on _____ [one of my demons]. Then I flew—into the Void, saw a huddled little girl me in bed clothes. From there, I alighted onto my chair in my room to see ___________ ____ and _________ watching me as I was in trance.

________/the Void was actually easy to call, after that, but I feel she needed more coaxing. She’s so used to being lonely that she uses the Void to push others away and to hurt them if they get close. Affection of any kind is almost a puzzle—an aberration that while treasured butted against _______’s self-loathing. She chose, ultimately, to name herself _________.

We all basically want that, plus love and self-possession.

I Iron-Pentacled earlier, pre-med’n, and I also decided I’ve been overcomplicating my aligning. Or, use the Divine Fire from above but worry about chakras from Elethis & the Green. Or, do the chakra from above distinct from aligning.

The Guardians seemed pleased at my earlier realizations about the “Great Work” (meh, _______ [I should have already seen it]) and the nature of Morrigan Dana. I channeled [Elethis] and [Corunor] briefly towards the end. Bio & time grew long. I would have done my home defixio but I do want an off color pen to do it—green maybe. I’ll look at the store when I have the chance.

It’s cool enough that the A/C unit kicked off—and I can hear birds and water dripping. It feels like spring or fall at the moment, which is enchanting and strange—and I will not complain.