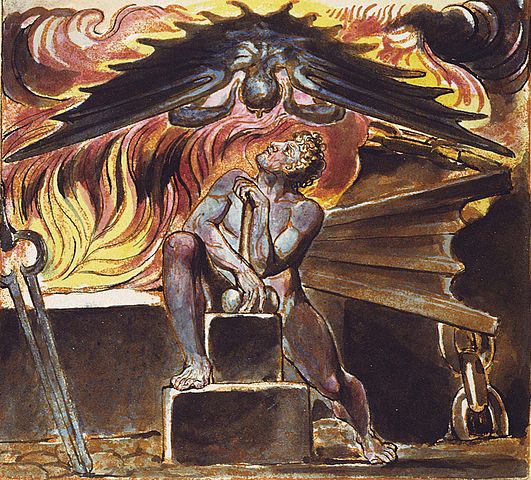 It’s Samhain, and I feel a little antsy. I want to have more of a notion what I want to do tonight.

Communion with the Otherworlds, for one, but I also want to re-dedicate, if not dedicate myself, to the Path, to bridging, to the relationship I have with the Morrigan and Angus, and to honor and thank my pantheon. It is also a good time to touch and to dip into the Otherworlds. But also, as I read back, clearing my baggage and the passing year—the song of the trees.

I think about Morpheus’s accounts of med’ing at the edges of the Otherworlds at PantheaCon—and the hints at that med’n & med’ve state. But I also think about an experience on the way to [work] yesterday. […] the intersection of these imaginings led me, via the sense of growing Otherness and excitation, to think about what and how I imagine, and how that intersects with ôl-vala and magic and the Path. I think back to Morph’s account, and I remember the “tall, bright shapes” of the Tuatha, and I remember the other lessons I’ve encountered. Imagine it until you make it real. Imagine it until you feel it. Picture bright, clear, vivid Otherworldly realities that move you—as Bruno, Thorn, etc. have said—and embrace them. But you can do so to yourself, as well. The gods the Coru called were shards of elthil formed by the priests and devotion, but they also provided a Presence and Bridge for the gods to manifest here. Or, which provided the not-incarnate-in-this-realm gods a convenient Presence.

The challenge of representation is in how we negotiate the act of imagining and the act/choice of believe and our agency within what emerges. Symbols can bridge, and anything can be made a symbol. However, we got some divide about fiction, reality, and truth into our paradigm that we have to work around cognitively, socially, and otherwise. It’s why Xianity and monological religions & systems ruthlessly deny and suppress others: it would expose the polysemic, polytheistic, poly-reality of the Worlds to everyone, and people would wonder why they’d been giving everything to Xianity, Islam, or even…the thought-gods. (Thus, [vague threat others have recently defined], but I think they put too much into one basket, haven’t paid attention to The Invisibles, The Matrix, gnosticism, philosophy, et al. And they give it even more power as they erect the current iteration of the [other community’s vague shadowy mystical enemy made of shadows].) ([cf.] The Toc’la’fane.)

But the Riddle of the Shadow has pointed to the question of representation, both for other, external forces (the WtaW and experiential realities, the gods, etc.) and also myself (and C, M, my Avatar or Pure One or whatever—even just my various selves). Why not evoke myself as a tall, bright, clear “god”?

The modern, secular paradigm retains vestiges of all of this in the whole “power of positive visualization,” but (1) it’s also dismissed and disdained; (2) it’s turned to purely materialistic, consumerist, bougie ends; (3) it’s turned to wholly psychological ends; (4) it’s rarely developed as a skill that gets developed beyond a weekend workshop.

The lines, sigils, circles, etc. are aesthetic—form to shape and give structure to the ôl-vala we would try to wield and direct. We should analogize them to meter, genre, poetic forms, rhymes, etc. as ways to guide and to direct the expansive chaotic imaginations we would turn to poetry—or other artforms.

Even science (& engineering) acts this way, but it also engages in extensive reflection, sifting, trying to know, silence to soften—and it mistakes discovery for what can also be creation. (Engineers are the wacky, generally more creative ones, or they can be.)