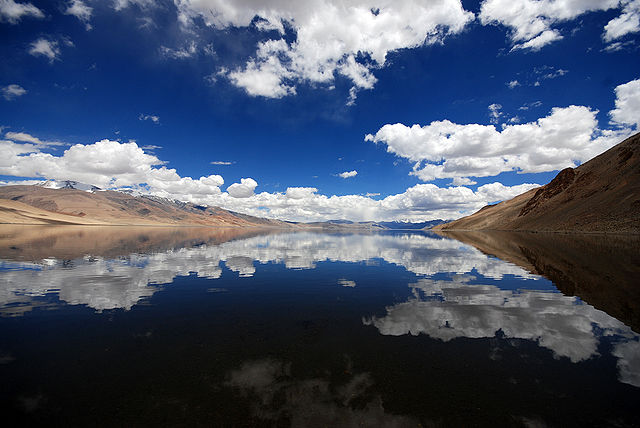 I rited last night. Primarily, I wanted to recenter and work on bridging. SS told me that the paths were important and that I should focus on understanding them. ShF and I spoke of the physical component of Presence, and I told him how I’d started to grow more conscious of it at [work].

It remains too easy for me to glide past WM, and I think I want to go back and med’te on the waters, do some water gazing. BM pulls me down still, and she says it’s still like completing a circuit—I’m disconnected, and then I connect, and then bam. She thinks I should connect far more often than I do, and while I agree, I wonder how easily I can do so without going through everything else. In part, I think I’m also finding an elthil or subtle part of the paths, the labyrinth that BM coils within.

FitE, meanwhile, has been subtler, and more quiet invocation rather than the dramatic trance possessory stuff I’ve had previously.

That said, I did become aware of sitting in a magical space, of being on a path in a labyrinth, the two knotwork tapestries forming a channel that leads north-to-south, but a flow and current of elthil and space and potentiality. And as I moved into med, that sense of co-location—in a flow/current/path, in my space, in the Dark Wood, in the glade, etc. grew stronger. I feel that I am sitting before a wall, at best a mirror, with who and where and what I want on the other side. In that sense, the flow hits a wall and pools. I can imagine what lies beyond, have glimpsed beyond, but I haven’t yet gotten beyond. I thought of my mirror dreams, thought of my wanderings through Hardûun, and other dreams. I wonder if my maze wanderings are me trying to find a way around the walls. The depressing, cynical view/reading would posit that everyone tries to find a way around, that’s life, until you find the way through at death. However, I know I also clutter the path with detritus, and I’ve been slipping into habitual paths that lead me, or I lead myself, astray.

But as I sat before this wall last night, I remembered finding the one mirror in a dream and pushing through, and I remember also the dreams of coming through passages hidden in walls. So—I think my dreams have suggested it’s not about sitting before the wall defeatedly, but looking for a way through, finding/making and wanting it. Desire can guide us to what we want, even if it is just to understand and find a way to do something. I’ve been trying to get through, to bridge the the [sic] two sides—at least to her, to C.

Often, I can feel a natural melding of us, but during rites that’s often less the case, like we’re both confused by the other, and she’s in the Dark Wood having visions of me while she’s on a path—the path I’ve/we’ve walked in trance. But we and our awareness bifurcates and neither of us is sure, feels sure how to proceed. We notice the paths, the flows, the other, the walls and mirrors.

So, we have troubles reconciling the two sensory experientialities. We have seizures and feel frustrated and can’t quite make out what we’re sensing—like battering our heads against a wall.

Dunn tried to distinguish today between will and Will, using the analogy of the sexually desirous ego wanting sex versus the non-horny ego, and how we get at our persistent, long-term will and desires by looking at what we actually want beyond the vagaries of the moment, but Dunn starts veering towards essentialism. He notes that learning the difference requires magical exploration of your desires.

I rited again tonight, and I med’d and saw myself before a wall and a secret door, to a passage and into the wetlands I glimpsed in my dream with Captain Jack—wetlands with clear, reflective waters, staccato clouds and—in the distance but there if maybe a bit obscure, Elethis. K and my feelings put it as another part of the ___—closer to civilization than the rainforest I’ve seen.

In part, I found I’d created a liminal space bridging close to the Otherworlds here, and the trance like projection—and the opening of the door, traversing the passage, seeing the light and the vista, feeling it and its elthil—turning around to see and not see the passage on the other side—it felt glorious. Feels. I found parts of us—C-L L-C—in the passage, and I tried to embrace us and move forward. And though I feel in part like I’m in a lacquered box here, I see the door—want to actualize it.

I’ve found that I’m more myself and all this is more immediate if I feel my [Otherworldly] body, embrace it—and kinesthetize it into action and performance.

I found myself having a bit of seizures, but this came from resisting the elthil, experientiality, the changes,—halthaya and uncertainty, so I tried to calm and also to verbally affirm my desire to change and go. To find the door and go forward and change myself the way I want.

With my eyes open, I found myself more easily and more vividly experiencing it all, and I tried to relish and call/draw it in, accept and immerse myself in it. I pulled up and channeled elthil from the ___, let it wash over me. I felt the waters on me, walked barefoot on the island. I called to Ll and Ae, the first two names that came to mind, and Ae came soon after, and we embraced as well as we could. I told her I was just bridging from Koranith and Hardûun, but she welcomed me—and she gave me her waterskin—a large one with gold thread embroidery. The waters were downright purgative, as I drank and doused myself with them.

I had a flash, a wave of insight—But it occurred to me I was hovering into second attention kinds of stuff, and I started seeing, sensing, remembering other things, but most of them’ve fled me now other than impressions of meetings, plans I’d been making in the ___, places with dark, slick stone walls—

On multiple occasions while in this trance state, I repeated the casting of the space (pentacle to all six arcs and the circle) while open-eyed, moving as I tried to be aware of my other body. I reinforced the liminalness of the space, re-anchored myself into the Otherworlds. K and the Morrigan were both close at hand.

It occurred to me, as well, that the door I sought was in Hardûun—and I’d been trying to remember to find the hidden door, to find a path/make a path.

But the experience makes me feel like I’ve forgotten so much, so much slid into the second attention—but I found a fledgeling path into the ___, or part of it.

It also occurred to me earlier that I’d been allowing anxiety of a particular kind—it’s fled my mind since the car ride earlier.

But my seizures have in part resulted from resisting what I’ve been trying to do—the actuality of experience, the fear of results, but as I said, verbal affirmations and spelling helped settle that down.

Also, the Tibetan Drum Med’n is the best for this and doing work. It’s less intrusive than the full-on drums.

Seeing C, or the other, in the passage was difficult, like a deformed shape—but if I just embraced and immersed, I/we grew more like ourselves, and I felt taller and realer, as well. There were other shapes at times in the passage, but these I disregarded as flotsam, faces of fear I chose to give no power to.