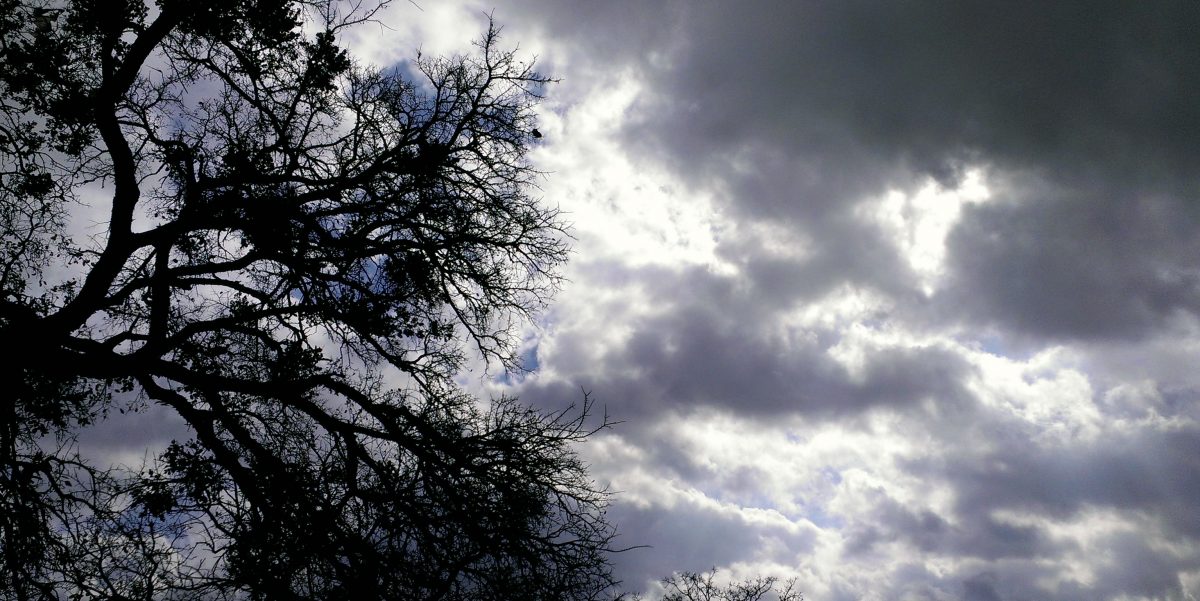 It’s a mild, autumn, cloudy morning. The clouds are low even as the sun tries to come out.

deG, towards the end, writes something that helps cut past certain—things.

Y told me how the sun is the burning core of elthil that provides most of the elthil for this star system, and this note seemed to have an occult sense to it. The sun is the source of most of the energy on earth—sunlight to plants to meat to us, even—but the magical significance is also there. But the burning core exists and lives independently on one level while myriad courts of gods, elementals, and spirits mediate our experience of the sun (Helios, Hyperion, Phoebus, Sol, Surya, etc.) In a similar manner is the planet Earth mediated to us by Gaea, Dana, Kia, Ceres, etc.

Y also talked me into going back to the forest site. My markings were gone, but it has rained a little since last week. I had initially put off going back because it was getting dark, but the city had closed off my usual path. The site did feel peaceful, and I bid the spirits of that place my peace and greetings to themselves and those who used it. I left [Elethis] again, and will return next week again.

I had another thought earlier, but I cannot quite pin it down now—today has had a pleasantly Otherworldly vibe to it.

The sky was often fantastic today.

“Where do you come from?” MW asked Y earlier.

“I’m the raven the Morrigan put in her chest.”

“Oh, I was a raven in the service of the Morrigan. She is the Raven Goddess after all. Lots of us.”

One thing I did notice last night and today are I can flash my attention into more—clear, real—visions. Looking at Y and myself and the Otherworlds. But also Dana and the Morrigan and the glade, and Elethis earlier, around the clouds and cloud cover and the atmospheric bluing (which is far less an issue these days).

K will likely slumber soon—he has grown a lot, and Y says he will likely lair and enter dragon sleep for a time. Likely not nearby—the corpse of Saerien has been too savaged by the oil companies and [local but big business], and I don’t think K will trust their treatment of the Valley’s land.

Other than the eagle prowling very low at the park. A green […] eagle.

I think I dreamt the other night of seeing the stars briefly, a stream of star-diamonds and shimmering foam in the heavens—I probably dreamt of them after seeing the stars in [po’ dunk town].

Y tells me I can’t really help ____—he is on a path he chose years ago, and he is riding it out to whatever conclusion.

Plugging my ears—mild sensory deprivation—helped me focus and still some earlier.

ODY-C gives a view of powerful warrior women who are not—well, just men warriors-in-drag. They are women still, and they are something to consider—

—and to consider the potentialities for women 20 years from now—