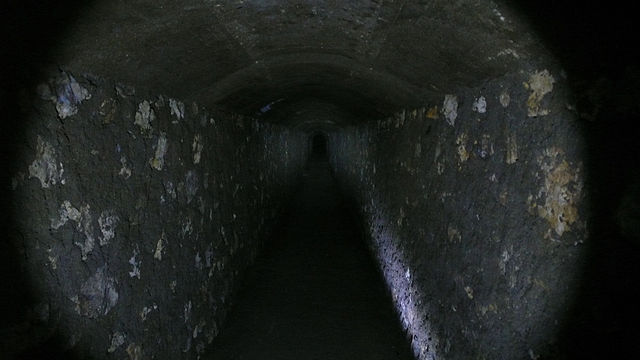 I—last night was odd, but today was also strange. I felt—I feel that the Otherworlds are closer than ever before, that I am more immersed in them, but also to the near world, into Haisuith.

I aligned in my new way, interiorizing it, and I’m still adapting. It feels like I’ve reached some new level, but I also feel that level is incremental, if significant. The Otherworlds, when I hold the Luin within and over, or the Calen, makes Haisuith close at hand, but I can also feel C’s body closer, as well, even if my gum and neck/shoulder are bothering me. My walk with Y on my head, as I aligned while walking, was vividly Otherworld-immersive, and I almost could—see where paths off into the Otherworlds almost existed. Y seemed excited by this prospect.

Last night, I left brief notes for myself of my experience in TTL. Calling FitE—well, I made my way into the territory to the cave down, but it seemed a bit more hilly and (lightly) wooded. I whispered to the first barrier “[poem lyric]” and the cluttered [space] opened. Y and I moved through the caverns until we came to TTL. There, I called FitE, which was a bit strange, as she was me/unioned with me but also beside me, pulling me by the hand she held. She led me to a well of water that descended deep into the earth, dark and still. It was a brick, cylindrical well, the waters flush to the top. I took a ladle and drank. As has become common in the Otherworlds, food and drink greatly enhance my presence and clarity. I drank some more, and she showed me also a—pyre? Blue flame burning from a structure akin to the well. (All flames burn blue in TTL, but I think they all burn Luin.) I touched the flame, experiencing a similar enhancing of the scene. I found myself very enamored of FitE here, and we caroused and wandered. She showed me a lounge or (our) chambers in TTL,—pillows and cushions galore, and blue flame candles on the walls. The purple vines were in abundance, and I noted the silence of TTL. She told me I had just returned and arrived—my palate was still virginal, my desires nascent. She offered me a—I think it was pomegranate-like, the symbolism was not lost on me, but I ate it nonetheless. Again, the same enhancing effect.

Finally, she showed me the throne, our/my throne, in TTL. A stone, circular affair in a larger hall—tapestries that were dim in the halls were there—but we sat and I—I accepted my place in TTL.

TTL is inside and exists otherwise in the Otherworlds. But I also realized that I was FitE—and TTL, and also SS, ShF, WM, BM, HS, and more. They are also discrete entities—Feri treats them, calls them [in some places] “intelligences,” and they are distinct but also integrate. I finally returned—I was in a very “I could stay here for quite a while” mind, but I walked back and back to the glade.

I spent the day in the aftermath of this experience, and sleep. I ken I am adjusting and adapting, and I ordered some books—even as I wonder and read GD-related stuff online.

I dreamt the other night that a big hulk-like brute knocked me through a window outside—outside a huge but blocky building. Once again, a window and a giant led me outside. I think my mind is seeking ways to get me outside, but I’m still fixating on the threat, not—y’know—outside.

On my walk, it occurred to me that I had an easy time feeling the trees (slumbering) and Haisuith, and Y noted that it wasn’t coincidence that I had reached this new stage in winter even as I would likely feel a bit overwhelmed when spring came. I asked him if he consorted with the Morrigan and the others about these kinds of things, but he noted it mostly wasn’t necessary given my dedication these days.