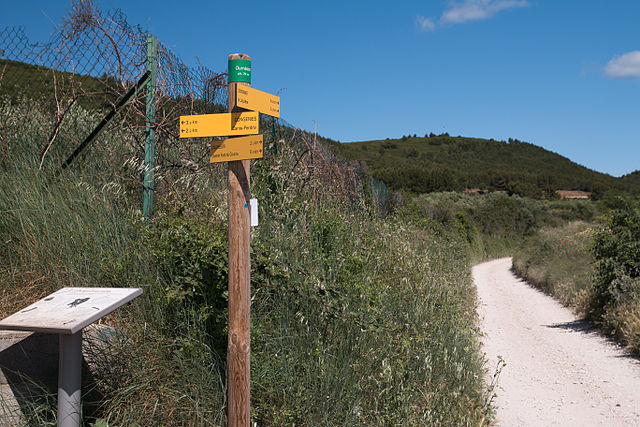 On my walk today, I reflected and aligned and chatted with Y. The previous night, I dreamt—no, as I tranced into the Dark Wood, as I moved along the path, I had a sense of the enchantment process. We often draw down elthil into objects for various ends, and as I moved, I had a sense of dropping into the earth, and of myself enchanting myself via Luin, Calen, and bridging and the rest. C enchants me with herself.

While walking, this occurred to me again as I aligned, and the Luin and Calen really seem like they “empower” the second attention, but I think it’s more that I connect, complete a bridge of consciousness (I resist the circuit metaphor), and at those times have a fuller sense of self and attention than I would otherwise have. At the same time, there is a current and flow of elthil, I connect to something firm, immerse myself in the Otherworlds, and in doing so, welcome the resonance and influence shift on and within me. Calling the elthil, the Luin down into me makes myself and the Otherworlds immediate, and I feel saner, wholer, more attentive.

Y tasked me after a flash of anger earlier, and I think I get upset in public, on the street, when I find unwanted attention drawn to me. I want to pass unnoticed most of the time.

Again, I felt—sometimes kind of glimpsed—paths off into the Otherworlds, while on my walk.

Y encourages me to go off my paths, my usual paths, and explore—if nothing else, my usual habitual paths lead to the usual places. Yesterday, we had wonderful fog, and had I had the time and opportunity, I would have ventured off into the fog.

I think I will channel and interiorize [Elethis] and Elethis and [Corunor] again. I have played at such of late, but not in a sustained way. I have sought to “build a charge” in a way akin to what deG describes in her Ha Prayer, but I draw in the Luin in fours usually about three sets, then the Calen, as much. I do so after aligning in my usual manner.

The cycling of elthil in my auric body, though—I want to play with it as a three-dimensional field and body, not as just a bubble.

I feel more myself. Work throws me off—because of where my mind goes, […] how I find myself around no one who knows.

I tried to med tonight, found my mind wandering to [work] matters. So I refocused, found the Morrigan calling me in. I found myself—tense, wanting to relax, to unwind, but also feeling restless and frustrated, but also like I was chaining myself up. I thought about—no, I drew Her in even as She called to me. She tasked me to think about how to bridge not only the Otherworlds but also the daily world. I found SS chatty about that and Guardians. I had my context the other day, now I have more. Everyone wants a context to learn anything magical, and the Feri trads offered [students] that context. Indeed, they used the secret names to flavor interaction with the Guardians in particular ways. Different scripts and staging, adaptation—but I have a knack for finding and teasing out context, or making it.

I remembered Thorn’s [notes] on breathing and elthil, and my earlier notes on Luin, so I just started breathing and breathing in the Luin—if I want to be fey and free and to bridge the Otherworlds into my daily life, then I want to breathe in the Luin constantly, make that my default respirative state. As it is, I clench and hide and stop breathing, or I breathe so tensely that it’s a problem, so I want to breathe anyway. As I breathed in Luin, I tried to Ahyaluvan, and BM made it clear breathing was connecting in.

I had wisps of memories from the second attention that slipped through as I breathed bridged and drifted towards sleep. Notions and images of magic and immersion of elthil into the world and me.

Image: Road sign at the crossroads of the Way of wools and the path to the Liquière, at Ournèze by Daniel VILLAFRUELA.