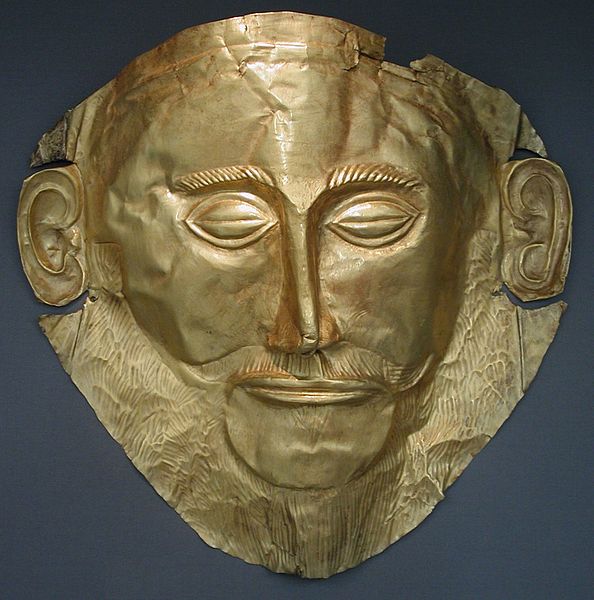 I spend a lot of time passing—passing as a mature, responsible, knowledgeable adult, passing as a professional, passing as normal in all sorts of ways. When people talk about passing, they normally do so in the context of sexuality, gender, and orientation. We hear about people passing as straight or as cis-gendered, and so on. However, I would argue that we pass constantly. When you go to work, you pass as Professional You, Work You. When you meet with your family, you pass as Familial You, the you you are when you are around your family. In magic, folks will often refer to these phenomena as the masks that we wear.

And we wear quite a few.

From one perspective, I’m talking about Ego and juxtaposing it against what some might call the “magical personality”—the you who can do magic, who believes you can do magic, the you that even bothers to do magic. And I’m talking about a constellation of concepts that are probably different metaphors for highly related processes—passing, wearing masks, ego, and more. I want to talk about this subject, though, in the context of the psychic censor and halthaya.

Several Chaos Magick practitioners have addressed this subject in their own ways—or have borrowed from each other—but CM likes to talk about replacing one mask or personality with another to better fit the occasion or the needs you may have at the time. CM frames this as believing something long enough and well enough to trick your conscious mind into thinking some magic spell/ritual will work. For example, if you’re worried about a spirit inhabiting your house, you might engage in a bit of “sleight of mind” and put on the mask of a Catholic priest and try to exorcise the spirit as a Catholic priest might. You engage in what is effectively method acting while wearing that psychological mask. And if you can wear that mask well and long enough, then the idea is that whatever magic you’re doing works. Another example might be convincing yourself one of the loa would be the best intelligence to contact to get at something you desire, so you put on a psychological Vodou mask and sleight of mind yourself into believing in Vodou long enough to get at results.

Of course, it goes without saying that Chaos Magic ignores the whole question of cultural appropriation or glosses over it or rationalizes it away. Chaos Magic also likes to compartmentalize the supernatural entirely into the psychological domain—gods and so forth are all your Deep Mind or Kia. That is, classic 1990s Chaos Magic predicates quite a bit of its core paradigm on the premise that the entire spirit world is just a reflection of your mind and soul—you are Wodan, Siva, Kali, Optimus Prime, etc. etc., you just have to learn to tap into your Wodanness, Sivaness, Kaliness, Optimusness, etc.ness, and so on. It’s actually quite imperial and colonial in that way.[1]

Still, this practice is one method for trying to get around the problem that most of our conscious, mundane egos don’t believe in magic or don’t believe they can do magic or can only do magic in certain ways. At the same time, it’s tempting to view your conscious mind as one singular Ego, as one personality, when really we wear dozens over the course of the day.

I would also argue that if you have to adopt a particular mask without self-awareness about the mask, it’s easy to mistake that mask as you, as who you are. For example, you get a new job for which you adopt a particular professional persona. You perform that persona long enough, habituate into that persona—faking it until you make it, as they say. Eventually, you may forget you’re performing, that you’re wearing that mask, and you think you are that persona/mask.

I call these personae and masks hurur: false egos you adopt that concretize until you forget it’s just a persona and mask and mistake it as yourself, who you “really are.” You pass for so long as X that you start thinking you’re X.

But hurur aren’t just something we do to ourselves: they can be imposed on us. Society, the people we meet, government, families—they all have expectations and ideas of you, presumptions about who you are and desires to make you into a certain kind of person. In the US, 18+ years of childhood, school, religion, and pop culture mold us into versions of ourselves that aren’t particularly magical.

It’s not a new phenomenon that people look up one day and wonder who they are and who they’ve become and try to get at their “real” self. Religion has arguably been trying to provide processes and answers to this problem for millennia. However, human society has rarely encouraged uncoordinated and unsanctioned magic and mysticism—the fact we kept the wise and cunning folk at the edges of society, marginalized physically, socially, and emotionally, should make that apparent. Meanwhile, other folks start cottage (or corporate) industries based around helping you “discover” the “real you,” or to help you make yourself into who you think (or society thinks) you want to be.

Let me tell you that, most of the time, hurur don’t let you do magic. Most of the time, hurur reflect personae you adopt for social purposes: to avoid problems, to avoid drawing negative attention to yourself, to get by, to get ahead, and so forth. Sometimes you perform hurur to cover over problems you have to confront yourself—everything from abuse to negative self-image to anxiety to fatigue and more. The you that can probably do magic is somewhere underneath all that—and a good chunk of magic involves getting at that you that can do the magic or can commune with gods and spirits and so on.

Even the “magical personality” can become its own hurur. If you put on the mask of Merlyn, Doctor Strange, Gwydion, Therion, or Morganna to do your magic, then it’s easy for that mask to concretize as well. You have to figure out how to bridge Gwydion into the broader world of interconnections on Earth, and Gwydion may melt like cotton candy in the sea when you wake up at 4 AM worrying about work. Or you may fall into habit and limitation if Gwydion never evolves, changes, transforms, or adapts.

I’m in the camp that views selfhood and identity as a nebulous reality—I try to see myself as being one island—hell, one shore—on an incredibly vast sea of Crowess. If the mutable self, if the idea that the “Real You” (whatever and whoever you may encompass) may be vaster and far more unshaped than you would like, if you would prefer a nice stable concrete You—well, if you go too deep into the magic and Otherworlds, then you might run into problems. I’m tempted to say that the ultimate goal of magic is in living the life that you want to live, as the person you want to live as, and that goal can break beyond practical magic and into matters of the soul and identity beyond the scope of this post.

[1] Many traditions, including Chaos Magic, also work with masks in other  ways, including “assuming godforms,” “Ego Magic,” possessory work, invocation, etc. In most cases, these practices seek to expand one’s notion of self beyond the mundane and into a self who is more magical, more aligned with magic and the Otherworlds.