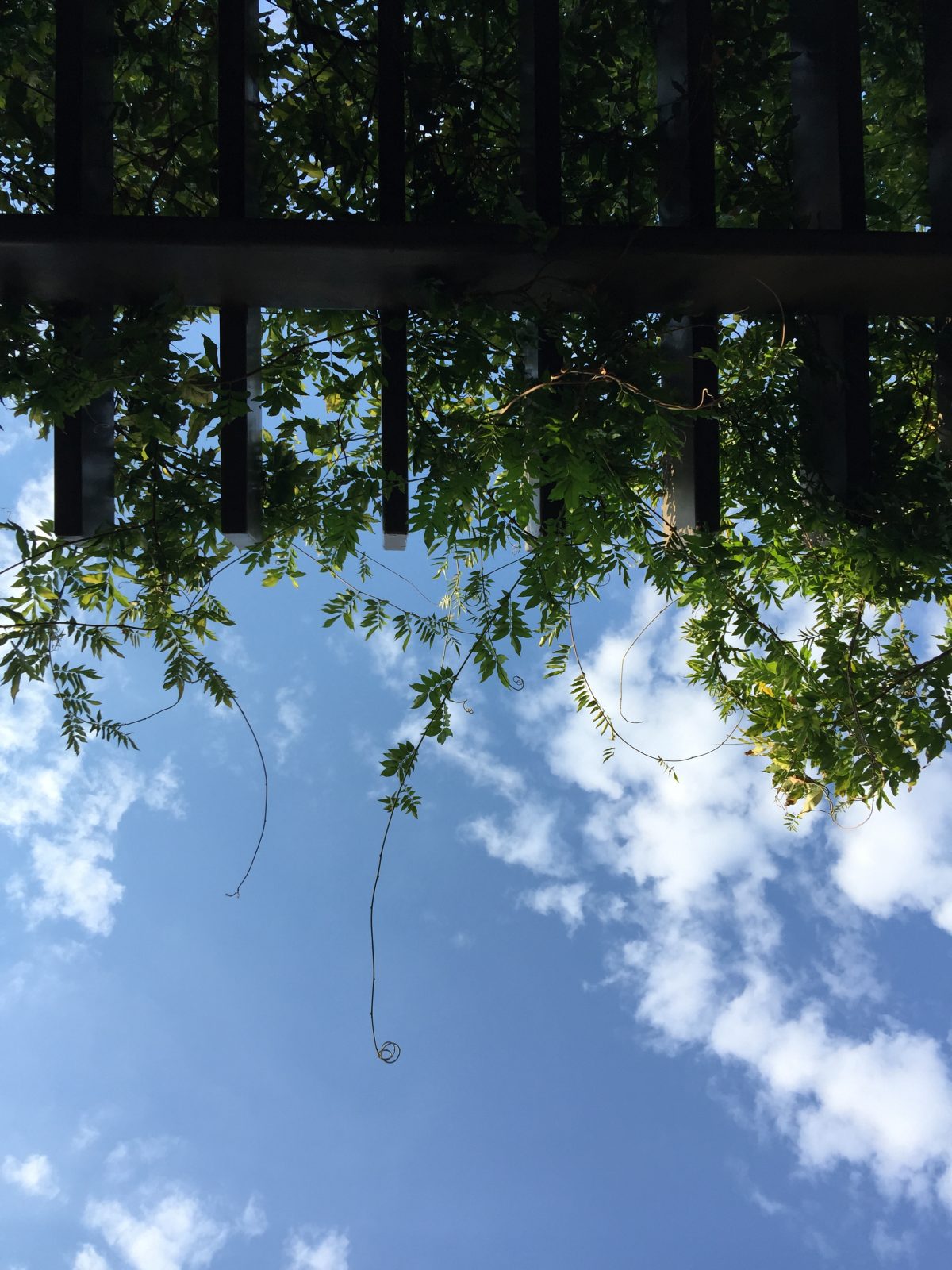 This post is about embodiment and about my sense that the Otherworlds and other spiritual realities and levels out there are also embodied in some way. To get at this conjecture, I want to begin by gesturing very broadly at transcendentalism and many of its biases and the political associations those kinds of systems often inspire. From there, I move into how the matter:spirit binary seems problematic not only for this world but also for the Otherworlds, and I point to several questions that arise from this kind of thinking.

Transcendentalists often premise their systems as attempts to transcend the material world in pursuit of some ideal, perfect reality of ideas and light and other immaterial things. The usual logic runs that this Earth is flawed, corrupt, dirty, and prone to disease, degeneration, etc. etc. And once upon a time, I bought into many of these thoughts—or at least into the allure of such an ideal. I feel I can’t even say idealized or perfected because that suggests process, that that world had to be made ideal or made perfect rather than just being so.

Of course, transcendentalism offers a very hierarchical model of the universe. After all, when you take the noetic reality and what’s beyond “out there” as ideal and perfect and thus “good,” then whatever’s out there must be the proper source of wisdom and authority. And whoever is putatively best able to mediate and bridge that reality and this one should become the mediators and thus arbiters of how to govern and control this reality. And I suppose that it’s not hard to direct your occult focus and emphases in such directions, especially as various transcendental systems developed their own celestial roadmaps that inspired many to travel those same symbological, Otherworldly roads. That is, if you go looking for transcendental experiences, the Otherworlds and your imagination—the Otherworldly power, in many ways—will oblige you.

Transcendentalism has traditionally been an older, masculine enterprise, and for me, the image of old men seeking to escape the degeneration and decrepitude of age through transcendental embrace of reason, ideas, light, forms, and “truth” makes a good amount of sense. Of course, the pursuit and desire for that escape happens to privilege the phallic (masculine, manly), logos-driven (male discourse and “masculine” concepts, instrumental reason, etc.) power structures and discourses that old men and their apologists often use to justify tradition and their authority.[1] It’s probably not too surprising that the supreme deity in transcendentalism often seems to look like a (robust) manly father/emperor fellow.

Now, my point here isn’t to continue digging at transcendentalism so much as to get at its discarnate, disembodied assumptions. When you see the Otherworlds in terms of ideas, words of power, forms, perfection, etc. etc., then you are going to imagine the Otherworlds as fundamentally disembodied. I think it’s unsurprising that one of the fundamental and often unquestioned binaries that emerges from transcendentalism, and which remains a persistent binary even in modern magic and occultism and -theism is the flesh:spirit or matter:spirit binary. The Otherworlds, astral, etheric, “higher planes,” etc. are all realities of spirit and not flesh. Your “body of light” is more a simulacrum of “spirit.” It doesn’t have organs or fleshy needs or things like that because, duh, spirit. We talk of spirits who are incorporeal and can pass through walls, etc. Spirits can easily assume other forms because spirit-as-a-“substance” can reshape itself with a thought. Spirit is idea and form, unlike body, flesh, and matter, which are other things with form stamped upon them.

Or that’s how the thinking usually goes. This logic helps makes it easy to engage in disenchantment in regards to our mundane lives and the natural world. I would suggest that transcendentalism leads to materialism and the instrumental reason that commodifies and objectifies natural bodies—including people and nature. Transcendentalism frames this world as mere material for the will and reason to direct to particular ends. For example, Renaissance humanism in Europe bought into the idea of the world as a garden for humanity: nature was a base, material thing, something for men with their God-given reason to shape and to use to their ends. The world was not a world but a garden, something that had little purpose or value until they took control of it for their own purposes and vision.

I don’t want to dwell on the political side of things at the moment, even if I see how these concepts necessarily have political associations and consequences. Some systems and movements have sought to acknowledge and to embrace the sacredness, the magic of nature and bodies in this world, but I want to suggest that the Otherworlds are often just as “embodied” as we are here.

Let me qualify my use of “embodied” here. Our typical experience of the Otherworlds comes through imaginative immersion and altered states of consciousness (trances) that our minds and bodies here necessarily mediate. In that sense, our ability to perceive my supposed notion of Otherworldly bodies runs into the fact that our imaginative and cognitive faculties have to mediate this other-bodiedness because we still have our bodies here. And I want to stress that the distinction between spiritual fluidity and our minds’ symbolic and metaphorical mediation of an other-carnate experience is problematic. And those other-bodies in the Otherworlds are likely not the same, or based on the same processes, as those here.

But in many cases, my own experience points to me having Otherworldly bodies, and the “spirits” in these realities have their own embodied nature within those Otherworlds. Beyond my own mostly UPG experiences, many ancestor-related practices offered food and drink and wares to the dead—grave goods. We often saw the dead and even the gods and others as having some kind of bodily processes, needs, and desires. We see this kind of mythology in most cultures at various points, even if many people choose to treat these foods and drinks (and sexy times and more) as metaphorical, as fictive, as cultural folklore, as “primitive” thinking[2], and so on. In some traditions, the Olympians had ichor instead of blood and consumed ambrosia. The Aesir consumed the apples of immortality while drinking and feasting were a feature of their worlds. Faerie food and drink remain persistent notions today.

So, I ask, why not apply similar thinking today to ourselves, to our Otherworldly bodies, and to the beings we engage in relationships with? And what changes in our worldviews, in our conception of this world, and in our practices when we stop assuming the Otherworldly is immaterial and incorporeal. What happens when we stop thinking in terms of everything being energy and vibrations[3] and consider if those concepts just give us an imaginative bridge to get at potentially more substantive and earthed understandings of the Otherworlds? If my premise has validity, what does that suggest about the connections from the Otherworlds to here. Many of us here have seen lives and bodies here change in response to the Otherworlds, and I would say that it probably has more to it than just “energy” and “sympathy,” or “a god did it.”

Of course, I don’t have fully formed answers to these questions—but I think they’re good ones to consider.

Of course, some traditions do acknowledge that there is “spiritual” and “faerie” food and drink, and that you shouldn’t consume such fare while out gallivanting across the Otherworlds. But many of those traditions will also tell you to be careful and to listen to your guides about what’s safe to eat and drink.