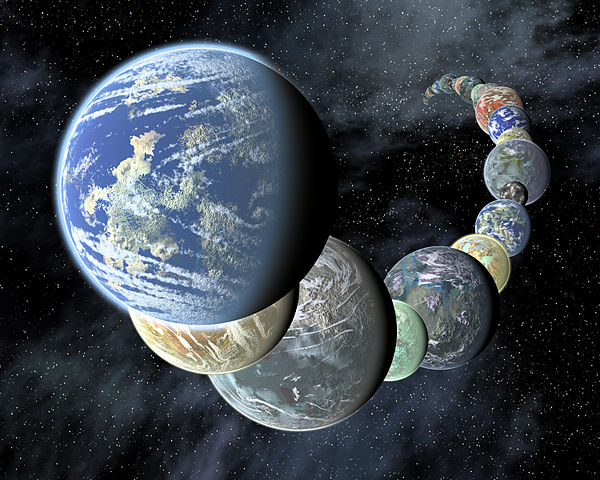 I want to take a detour now to talk about art and aesthetic theory by way of Heidegger and Theodor Adorno. I also want to connect the figurative (and literal) worlds that art creates with Augustin Berque’s work in environmental philosophy to show how Talker or the sphere of sensation constitutes a “world” created through imaginative, artistic processes, connecting back to Bruno and others.

As I noted previously, Sidney compares the world of Nature (a “brazen” world) to the worlds created by poets and artists (“golden” worlds), and modern aesthetic and psychological theory has expanded on this concept. In describing the nature of works of art, Martin Heidegger emphasizes the artwork’s instrumental nature. Artists may fashion works of art, but those works do something separate from the artist. The works may originate from the agency of the artist, but art takes on its own distinct existence, despite the artists’ intentions. Artwork “opens up,” “set[s] up a world.” Once set up, that world “worlds” itself, or sustains and enacts itself—“the world worlds,” Heidegger says. Notably, he frames that world created by art (art-world as I’ll call it here) as having agency, as performing the action of “worlding,” even though he leaves this agency implicit, but it’s noteworthy for magical types.

That world is not an object, per se, but more a setting, a field in which objects can exist. The physical artwork is often an object or some thing we encounter that allows us access to the art-world. Although a work of art is a thing, a world represents a space for experience:

Wherever those decisions of our history that relate to our very being are made, are taken up and abandoned by us, go unrecognized and are rediscovered by new inquiry, there the world worlds. A stone is worldless. Plant and animal likewise have no world; but they belong to the covert throng of a surrounding into which they are linked.[1]

Heidegger defines the world in part in spatial terms: “Wherever,” “a surrounding,” he says in this passage. Artwork “makes space for that spaciousness” that is the art’s world.[2] The artwork itself provides a tool through which we can access that world (and what dwells within).

The Frankfurt School political philosopher Theodor Adorno approaches art in a similar manner, building off of Heidegger: “Artworks detach themselves from the empirical world and bring forth another world, one opposed to the empirical world as if this other world too were an autonomous entity.”[3] Adorno sees art as ultimately existing for its own sake, creating alternative worlds that are “whole and self-encompassing.” In our experience of the sense of significance and meaning of these art-worlds, we can project a desire for significance and meaning onto our own “empirical” world. Adorno rejects didactic or social purposes for art. These purposes do not define art, he says, but he acknowledges art as always emerging from a specific historical and contextual  moment.[4] The creation of the art-world typically involves taking “the elements of reality [the empirical world] and shaping them freely as something other,” and the art-world invites audiences to compare that art-world to the empirical world.[5] These art-worlds invite “immersion in the individual work,” and with what I would describe as  suspension of disbelief, we experience the art-world while immersed in its “immanent lawfulness,” its logic, rules, and reality.[6] Indeed, Adorno conceives of these worlds as “monadological,” separate and distinct realities that we can inhabit for a time.[7] He sees art as producing worlds that we should immerse ourselves within and experience. We should avoid seeking any singular interpretation of an art-world/work of art, which Adorno argues would render art into “nonart,” but he argues that each art-world has its own “truth content.”[8] Upon emerging from that immersive experience in the alternate art-world, we cannot but help compare what we experienced there to our own experiences in this world.[9] In these senses, art provides us access to alterior, alternate realities (other worlds than this one) against which we cannot help comparing this world and which have their own truth and realness.

For example, persons could watch a romantic comedy that results in the traditional marriage resolution, and they would compare their experiences in romance with how the film represents that experience. Some people may transfer the expectations and significance of romantic comedy and its conventions to their lives, expecting that weddings must be “just like in the movies” or that dating works like it does in a particularly affecting TV show. However, they may also contrast the film’s experience of love, seeing it perhaps as unrealistic or seeing their own lives in terms of how it fails to live up to the alternate reality on the screen. People may imagine themselves within the art-world of the film instead of one of the lead characters and how they would act differently, or how they would pursue their desires within the imaginary reality.[10]

Other theorists have built specifically off of Heidegger’s thinking to point to how we “world” this world—and how that imaginative action changes us in turn. Building on Heidegger and on Watsuji Tetsurô, Augustin Berque argues for a process of worlding between humans and the environment. Berque notes how “modernity” has created a “schism…between two worlds: the internal world of the subject, and the external world of the object,” resulting in a “decosmization” of humanity.[11] That is, from a magical perspective, humanity has a problem connecting microcosm to macrocosm or even of conceiving how to live an embodied existence within the world. For Berque, the process of bridging these worlds comes through “Watsuji’s theory of mediance.”[12] In building on Watusji, Berque resorts to several neologisms in articulating his theories.

Those theories point not only to Heidegger (and Adorno) but also to occult philosophy. Humans have two halves to their existence: an “animal body” and “our social body,” which Berque also terms “medial body (i.e., milieu).” Berque explains that this medial body

is not only technical [i.e., using technology] and symbolic, but necessarily also ecological, since it imprints itself into, and is conditioned by, the ecosystems of the biosphere.[13]

That is, we have our embodied existence, but we also have our understanding and imagining of that embodied existence and of that existence within an imagined world that transforms “the earth into a human world.”[14] The integration of these two bodies is the “mediance,” reflecting our mediated experience of life in this world. Meanwhile, he also describes an intellective, imaginative process he calls “trajection,” which we can understand as a projection of expectation and belief out onto the world even as the world penetrates and changes us in turn.[15] Put another way, we project our ideas and beliefs on the world out onto the world, but the world’s existence necessarily projects something back upon us in turn. For example, if you grow up in an American town full of strip-malls and box stores, that environmental experience changes you compared to someone growing up surrounded by old, multistory stone architecture. You can consider the subjective experience and transformation caused by living in a town full of brutalist architecture compared to, say, the architecture of a city like Paris or even Manhattan

Many of us will probably look at Berque’s claims with a natural “well, duh” response. That said, Berque articulates a philosophical basis for considering ecology through its effects on humans—self-serving, of course, but at least it’s something. At the same time, Berque, Adorno, and Heidegger articulate a view of human experience that reflects a (mostly) non-spiritual version of what many mystics and magical types already know in some way. For Heidegger and Adorno, art creates other worlds, other worlds that have reality and significance, and we apprehend those worlds and imagine/immerse ourselves into them. Berque points to how we do so as well in living in this world: we imagine the world we live in, make it a “human world.” In these ways, we continue the engagement with the world that Sidney articulates in his Defense of Poetry. Of course, the social world itself is already partly emerging through imaginative action: Machiavelli, Hannah Arendt, Patricia Ann Meyer Spacks, Erving Goffmann, Bruner, and a host of others understand how we imagine ourselves, fashion our public persona, enact performances on public stages. “All the world’s a stage,” Jaques claims in his melancholy.[16]

[3] Theodor W. Adorno, Aesthetic Theory, translated and edited by Robert Hullot-Kentor, edited by Gretel Adorno and Rolf Tiedermann (London: Continuum, 2002), 1. I have to admit that Adorno’s view of art is snobbish, and he is dismissive of pop culture.

[10] Fan-fiction and fan works bear an interesting relationship to art when seen from a magical and social perspective.