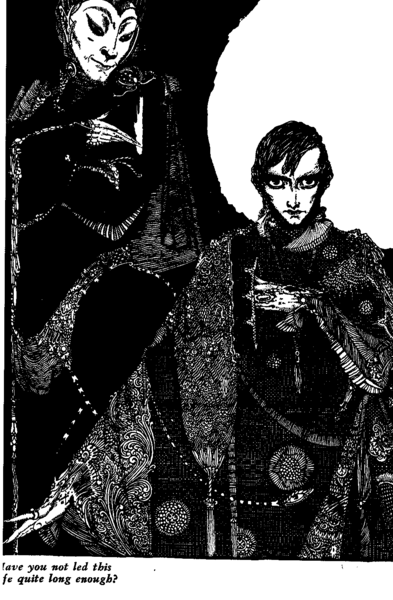 So the Renaissance memory palace tradition was an outgrowth of Ciceronian rhetorical techné & also framed as theater in Camillo, Fludd & others’ cases. Memory was already an occult pathway, connected to knowledge—but theater was very much the magic, memory, hermetic, gnostic linkage. And in many ways, the Puritan critics of the theater—the anti-theatricalists of the Renaissance—were right about the theater. Mind you, they were right that the theater and magic undermined, well, puritanism and authoritarian structures.

Memory tools were a way to access a kind of guided active imagination. Men would stare at sigils & chant mantras to “remember” occult & mundane knowledge, with goetic style spirits acting almost like mediating agents or as the intelligence of the sigil & the world it pointed to. And this libido sciendi & active imagination’s synchronistic effects make Giordano Bruno very occult & magical. And Fludd & Camillo both began a series of “memory theater” systems. Now, these techné also could teach & convey knowledge, and establishing vivid scenes & images on a stage seems to encourage internalizing & memorizing them—

Fludd imagined early modern theaters for his models, & imagined a day & night theater that he projected onto the heavens, & astrological associations point to attempts to project these microcosmic “theaters” onto the macrocosmic reality. But these microcosms (worlds) could be shared, could be spread & reproduced inside other people’s microcosms. Or, perhaps, these stages (per Frances Yates’s reading of Fludd) were productions on the ‘cosmic stages,’ one of many. But, if contemplation could act much as spirit evocation could, then actual performance had to be something more. The theater stayed with you, & you could revisit scenes, insert yourself, immerse yourself—& all sorts of things could be “learned.” Now, you also probably had synchronicity—& thus weird shit. Take a look at the anecdotal history of “accidentally” summoning real devils in Doctor Faustus.

The mundane theater was already seen as an imitative space, and that worried the anti-theatricalists. Phillip Stubbes worried the theater let audiences learn how to be a “Hipocrit” and to “learn to rebel against Princes, [and] to commit treasons.”[1] Meanwhile, Stephen Gosson explicitly linked occultism and theater. Gosson framed the theater as “the table of Idolators,” and the theaters endued images, characters, persons with imaginal significance. Just like magicians do. The physical experience of the theater also let “the deuill” seduce the unwary, with “Poetrie…wonderfully tickl[ing] the hearers[’] eares.”[2] The devil also uses “the[ir] eye[s]” to seduce audiences with “the beautie of the…Stages,” while entertainments like “maskes, vaunting, [&]…daunsing of gigges” lure audiences to “vanetie of pleasure” and ultimately becoming “carnally minded.”[3]

Dominican memory practices already pointed to how textual descriptions could also provide a basis for a visual (theatrical) system.[4] Indeed, I don’t think it’s a matter of image vs. text so much as Protestants & others trying to close off & guard mythic vectors & aesthetic techné that anyone could easily use and thus undermine Leviathan & monological structures.

And as Catholic liturgy & the more theatrical aspects of Anglicanism were pushed aside, theater provided a way to access those dramatic & ritual & aesthetic desires—and de-centered content from dominant or state-sanctioned religious content & experience.

Now, arguably, mass media invites us to immerse & distract ourselves into all kinds of these memory palaces/stages—these worlds & microcosms—but with propaganda, ads, sitcoms & commodified content & agenda-driven realities—Leviathan has worked to adapt these techné, much as it does other things, much as Dee turned magic & “God” (hermeticism) to imperialism. But remix culture, collage culture, meme culture may be drowning in these parts, but they become parts that people turn into art & something else. So over-culture keeps trying to do something new or recycle, but—

The projection of these micro-cosmic spaces onto the macro, we can read this as hegemonic & colonial, but the right worlds can also help us connect again—if we also listen & open to the world and other peoples.

The Leviathan probably likes digital & mass media for avoiding—for limiting—theatrical weirdness for the cast & crew to the original production process, but the theatricality of power—its representation & performance (royal processions) (media events) seem like they can be problematic. A politician performs on stages until they become their own crazed Leviathanic avatar—so too with others, etc.

Edited to clear up some of the more egregious punctuation & syntactical errors from my original handwritten notes.

[4] Ahem, scripts. But I think elements of the imbas forasnai tradition & similar trads do so, too, by immersing acolytes into stories and scripts and symbol systems and using sensory deprivation to induce trance states while their heads are filled with mythic scripts.