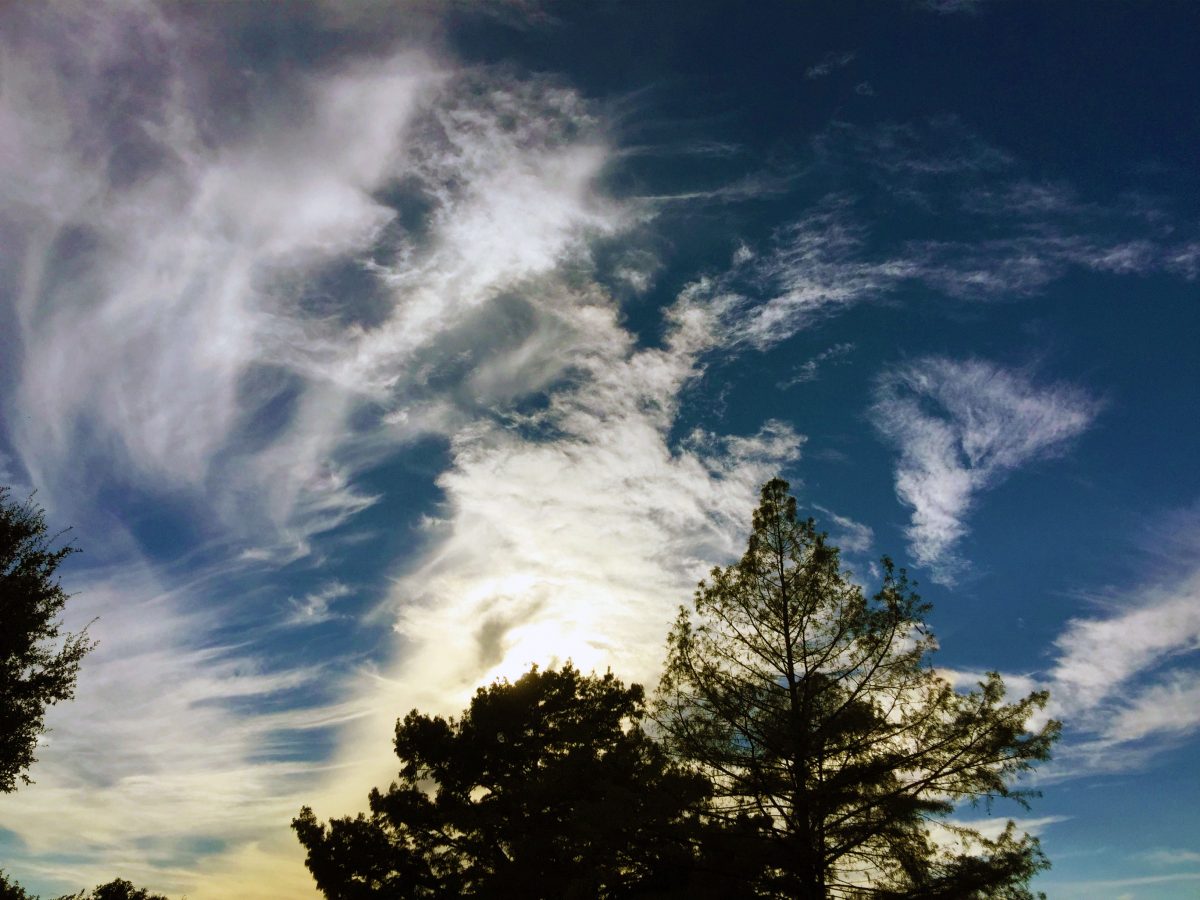 I came at magic and esotericism and etc. when I was young. I remember checking out books from the local library as a kid, and I was an astronomy nerd. Science books on the planets, space, etc. And I remember one book—I have no idea what it was now—but it was a paranormal book. I remember reading about how poltergeist activity was apparently associated with teens going through puberty (and kinda hoped I’d do something poltergeistery). I remember reading about faerie vision & sightings by some researcher/psychic/guy at a park.  I remember really wanting to find faeries.

However, it wasn’t until I had a depressive period right after high school where I found myself reappraising what I wanted to do with my life, and I realized—stripping away the extraneous bits—that what I really wanted was to live a magical life, to be magic. So I went looking shortly afterwards. My early excursions were abortive—I could find Simon’s Necronomicon easily enough, and it was evocative (I didn’t try to evoke the Igigi or anything, though—where the hell was I supposed to get copper sheets I remember thinking). I didn’t understand the vast majority of what was in it other than Simon & company really wanted to connect Sumerian myth with HP Lovecraft, which means Kenneth Grant inspired far too many D&D campaigns I ran, and he continues to influence far too many D&D campaigns other people run.

I resisted the Wicca and other witchcraft-related resources because it didn’t satisfy what I wanted/needed/expected at the time: I wanted theory of some kind to undergird my magic, and Wicca and witchcraft seemed to expect the same kind of useless blind faith that Texas Baptists and Southern Baptists always went on about.[1] I discovered the Llewellyn catalogue of the ‘90s, and I cobbled together something from bits & pieces of Regardie’s The Golden Dawn, bits from D. J. Conway, Donald Michael Kraig. I and my local friends traded notes, and one of them had actually known people when he was younger. Of course, I had that first-timer apocalyptic drama and Weird Shit and more. Still, my book resources were limited. As the ‘90s moved on and I discovered the internet, I could find things like Anders’ Magick Page (lots of Chaos Magick). I managed to get a copy of Crowley’s Magick in Theory & Practice, 777, and The Book of the Law. I didn’t understand most of it at the time, but it was all terribly evocative. I met people online and participated in all kinds of new drama—internet occult drama.

Eventually, I stopped most of anything resembling a practice (and I didn’t practice much) and went back to school, even though I still nominally identified as “pagan” (i.e., not a Judeo-Christian-Islamic faith) with strong “Celtic” influences. In grad school, I had periodic “wee bouts.” At one point, a friend pointed me to T. Thorn Coyle’s Evolutionary Witchcraft. I bought the book, looked through it, and set it aside. I found it an interesting book at first, but I felt unsure what to do with it (the answer would’ve been to do). Eventually, I had another “wee bout” and pulled out the book again. I was at another depressive period in my life—grad school does that to you—and I decided to adapt what Coyle offered regarding the Guardians. And I started doing, and I started doing work. And I’m not lying when I say that Coyle got me through a rough patch.

Now, much of my immediate influence over the years has been ceremonial and GD- and Crowley-derived hermeticism, gnosticism. When I was getting back into things, I started reading (re-reading) Peter J. Carroll and Phil Hine and much of the Chaos Magick oeuvre. I then began devouring more. 20 extra years of education, experience, thinking, and so forth—and actually doing magic—has helped me make far more sense, connect far more threads than I had before. (Mind you, I also look back at old journals and see some very familiar threads that I had to rediscover again.) However, as I moved through my practice, I specifically sought to make my own practice. Yes, I built it from techniques and notions and theories and associations (techné as I sometimes say) that I found everywhere from AE’s The Candle of Vision to Gordon White’s star.ships. My take on the Guardians (which is throughout my blog here) as my version of the four (plus) directional spirits/kings provided most of my impetus, with significant input from my pantheon. I have resisted internalizing other peoples’ overt or explicit symbologies, and I’ve been working on assembling my own—fashioning my own Sphere of Sensation/Talker/Body of Light, finding those Otherworlds I find, and so forth.

What I find interesting are the parallels. As I reread Crowley, Regardie, and even as I read up on others—even Iamblichus and classical theurgy and hermeticism, notes on Daoism, Tantra, etc.—I can see how I’ve had experiences that have been my own versions of chakra visions, Tiphareth, visions of the tunnels behind the Tree of Life, rune poems, and more. I read about Iamblichus’s take on theurgy as participating in cosmogeny with the gods, and I’m seeing an implicit linguistic construction of reality—the implied poesis (weaving, composing from different elements, like you might compose a piece of writing from different images and topoi and characters, or like you might weave a shirt from different threads and cloths, or like you might prepare a recipe from ingredients) that Iamblichus waves off in favor of mimesis (imitate the gods as they engage in their cosmogenic activity, imitate the cosmogeny that creates/shapes the world as you see it).

And I see how I’m treading over much of the same ground, that I am “inventing wheels.” But I’m fine with that. I think I need to do that. Much of my work has involved psychic therapy—“taking out the trash,” as Jan Fries puts it; “endless purification” as a friend recently reminded me. Much of it has been exploratory, a process of acclimatization, and practical. I have accessed those mythic frames that most resonate and sing to me, resisting imposing other people’s views of the world and Otherworlds and making them mine. I can’t help but see the patriarchal threads throughout many of them, or the racist threads elsewhere, or the ideologically-driven threads still elsewhere. And in those senses, my resistance to those other systems has been political as I choose how I wish to make and shape myself while working to open myself to other beings (humans and otherwise), to the Otherworlds, to the world, to everything while remaining in authentic contact with the deeper parts of myself.

In a very real sense, you can probably call me a “chaos magician” in that I have been raiding others for techné and notions and theory. I suppose I could count as “cunning folk” or “‘traditional’ witch,” in very loose senses, especially within the (probably problematic) views of those paths as “anything goes magic.” I have my own terms for what I do, but they’re idiosyncratic and don’t mean anything to most other folks, but I find they have meaning for me. Along the way, I have been making new “maps” for myself, finding my own asterisms in the Skies, calling forth my own “rune” poems.

I’m going to resist saying “syncretism” because too many folks have been playing with that term. I remember when someone tried to accuse me of “eclecticism” years back. I suppose I would feel far more confident about ignoring those kinds of people now.

What have I been working on lately?

[1] In hindsight, I would have really not worked out well with most Wiccans.

My ship, full of oblivion, sails

on a bitter sea, at winter’s midnight,

between Scylla and Charybdis: at the helm

sits that Lord, or rather my enemy.

At each oar there’s a cruel eager thought,

that scorns the tempest and its end:

the sail’s torn by an eternal moist wind

of sighs, of hopes, and of desire.

A rain of tears, a mist of disdain

woven from error and ignorance.

My two usual guiding lights are so hidden:

reason and art so drowned by the waves,

that I begin to despair of finding harbour.