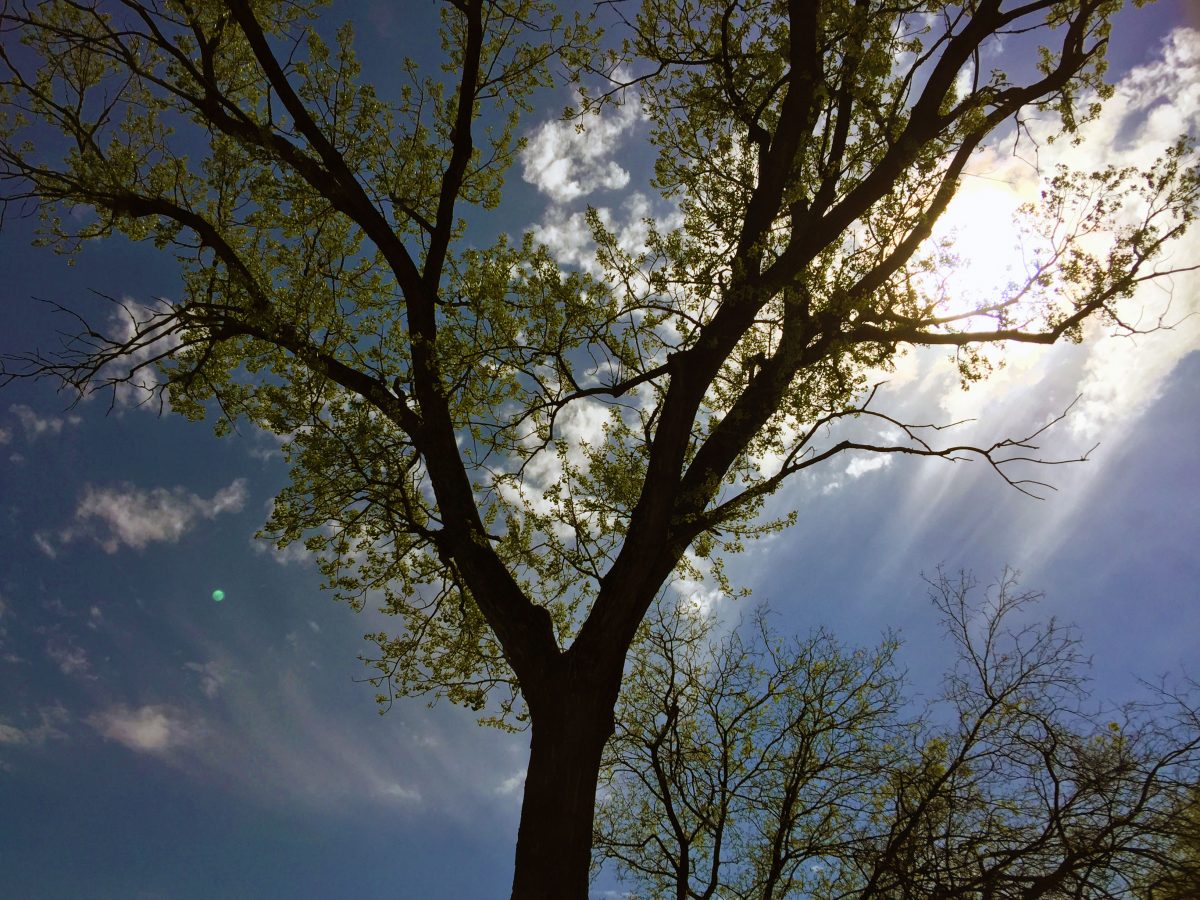 Inspired after similar posts found in many places, but most immediately by this one.

My polytheism involves working with gods, spirits, and ancestors and other entities and intelligences—and the distinctions between them is often very murky and messy. I talk to and work with dragons, the Dead, spirits of place (and region?), gods, chimerical persons, and more. Some of my gods I call Sisters, lovers, allies, friends.

My polytheism entails forming relationships with most Folks. Devotion seems a loaded word. I don’t worship any of them, I would say. I am devoted to many of them—some more than others. They don’t need or demand worship. The most “imperious” I recall have been An Morrigan and Athene—especially Athene the first couple of times—but in hindsight and as our relationships have progressed, I think I was the one who imposed much of that imperiousness. I also think that early on, I was approaching Athene with a bit too much of my usual, mundane egoic identity; that is far less the case now.

My gods always seem so happy (and sometimes with a sentiment of Finally!) when I get into the right state where I’m there with them.

As time has progressed, my polytheism has grown more practical and more mystical, entailing “taking out my [psychic/emotional/personal] trash,” working to earth and bridge and align my life here with my Deeper Self (Selves?) even as that involves and happens in cooperation with my Allies, my Friends, my gods, my cunning ancestors, and more. My polytheism entails a good amount of what I’ve termed “chaos magic”—albeit in a broader sense than the now-clichéd 1990s sigil “wank & forget” while calling on Apollo-as-Superman.[1] It’s now more a matter of figuring out my own worldview, my own cosmology, my own symbology and system, making my practice my own even if I stand on the shoulders of others. In other ways, my polytheism entails maybe not “traditional” but perhaps more “hedge” witchcraft.

My polytheism celebrates and embraces the role of imagination and art even as I do not distinguish the imaginal and imaginative power from the Otherworldly power.  To get at this idea, let me point to Tolkien’s essay “On Fairy Stories” where he distinguishes his ideas of magic versus enchantment. Magic represents to Tolkien a kind of violence and technology for enforcing your will on the world and others. His definition reminds me very much of the all-too-typical model wherein magicians don the mask of divine, patriarchal, imperial authority to boss around the Otherworlds. In contrast, he describes enchantment in altogether more interesting terms:

Now “Faërian Drama”—those plays which according to abundant records the elves have often presented to men—can produce Fantasy with a realism and immediacy beyond the compass of any human mechanism. As a result their usual effect (upon a man) is to go beyond Secondary Belief [suspending disbelief when working with a work of art]. If you are present at a Faërian drama you yourself are, or think that you are, bodily inside its Secondary World [the world the drama or art produces]. The experience may be very similar to Dreaming and has (it would seem) sometimes (by men) been confounded with it. But in Faërian drama you are in a dream that some other mind is weaving, and the knowledge of that alarming fact may slip from your grasp. To experience directly a Secondary World: the potion is too strong, and you give to it Primary Belief [how you believe in things in your mundane life], however marvellous the events. You are deluded—whether that is the intention of the elves (always or at any time) is another question. They at any rate are not themselves deluded. This is for them a form of Art, and distinct from Wizardry or Magic, properly so called. They do not live in it, though they can, perhaps, afford to spend more time at it than human artists can. The Primary World, Reality, of elves and men is the same, if differently valued and perceived.

We need a word for this elvish craft, but all the words that have been applied to it have been blurred and confused with other things. Magic is ready to hand, and I have used it above…, but I should not have done so: Magic should be reserved for the operations of the Magician. Art is the human process that produces by the way (it is not its only or ultimate object) Secondary Belief. Art of the same sort, if more skilled and effortless, the elves can also use, or so the reports seem to show; but the more potent and specially elvish craft I will, for lack of a less debatable word, call Enchantment. Enchantment produces a Secondary World into which both designer and spectator can enter, to the satisfaction of their senses while they are inside; but in its purity it is artistic in desire and purpose. Magic produces, or pretends to produce, an alteration in the Primary World. It does not matter by whom it is said to be practised, fay or mortal, it remains distinct from the other two; it is not an art but a technique; its desire is power in this world, domination of things and wills. [2]

My polytheism entails shaping my life and lived experience to include the Otherworlds, the gods, and this mundane world. The “Faërian drama” I and my polytheism seek to weave is an enchanted life in which my life—and everyone and everything else’s—have significance and meaning. My polytheism seeks an engaged, embodied, empowered, emancipated but responsible and empathetic enchanted life.

None of this is to say that my polytheism does not call for respect, hospitality, and empathy for and with my gods and Friends and with others. My polytheism does not include any call or desire to publicly exclaim the primacy or grandeur of that polytheism. My polytheism sees proselytization and purity politics as attempts at empire building and self-aggrandizement, as attempts to constrain the potentiality, the liberty, and the significance of others within narrow bounds while elevating oneself over others and then claiming it’s not politics, it’s what the gods want or ordained.

My polytheism prefers cunning, discretion—it is typically personal or filial or otherwise intimate. My polytheism values knowledge and its dissemination, the sharing of ideas—even publicly!—even as some things should be left unsaid or just won’t be understood without a shared experience to bridge, say, my view of things with others’.

My polytheism values knowledge, including knowledge of self, insight, eloquence, pride, truth, love, power, wisdom, passion, interconnection, independence, and more. For me, devotion entails forging and sustaining reciprocal relationships with the Otherworlds, recognizes the Otherworlds, the gods, and more as distinct but mingled with me.

My polytheism rejects racism and racial determinism, rejects nationalism, rejects gender essentialism (or “polarities”), rejects binaries as generally false and political, rejects ableism, rejects bias against neuroatypical persons, rejects representing any kind of discrimination or bigotry as “natural” or “ordained” or “the will of the gods.”

My polytheism values emancipatory possibilities, rejects mere instrumental reason that would codify, reify, and/or commodify this world or Others or persons.

My polytheism is not reconstructive (that is, it is not Norse or Celtic Reconstruction), but it draws on history, myth, aesthetics, scholarship, science, anthropology, archaeology, and more. My polytheism recognizes that what we know of the past is grounded in the political—from what was allowed to survive for centuries (or millennia), to how it was recorded (audience, purpose, occasion), to how it has been adapted and historicized and represented today, to how I choose to use it. My polytheism recognizes that the past, that religion, that the present, that texts are always rhetorical—perhaps especially the inspired, channeled, or “spiritual” ones.

My polytheism does not run from the present day or modern technology, but it works to recognize how the present inflects, deforms, or otherwise shapes my polytheism. My polytheism grows and adapts and changes, just like the seasons and months.

My polytheism includes the ecstatic, the ritual, the planned and unplanned.

My polytheism has an interest in theology, in theory, in practice, but it’s not constrained within any of those.

My polytheism looks up at the blue Sky, the constellations turning overhead, at the trees and green, at the stones, at the waters (when I can find them—it’s dry around here most of the time), at the deep earth below—at myself and the people around me.

My polytheism is eclectic and syncretic, but it is not frivolous or false. I used to care about that, but then I started keeping a practice and talking to the gods.

[2] Via this online edition here.