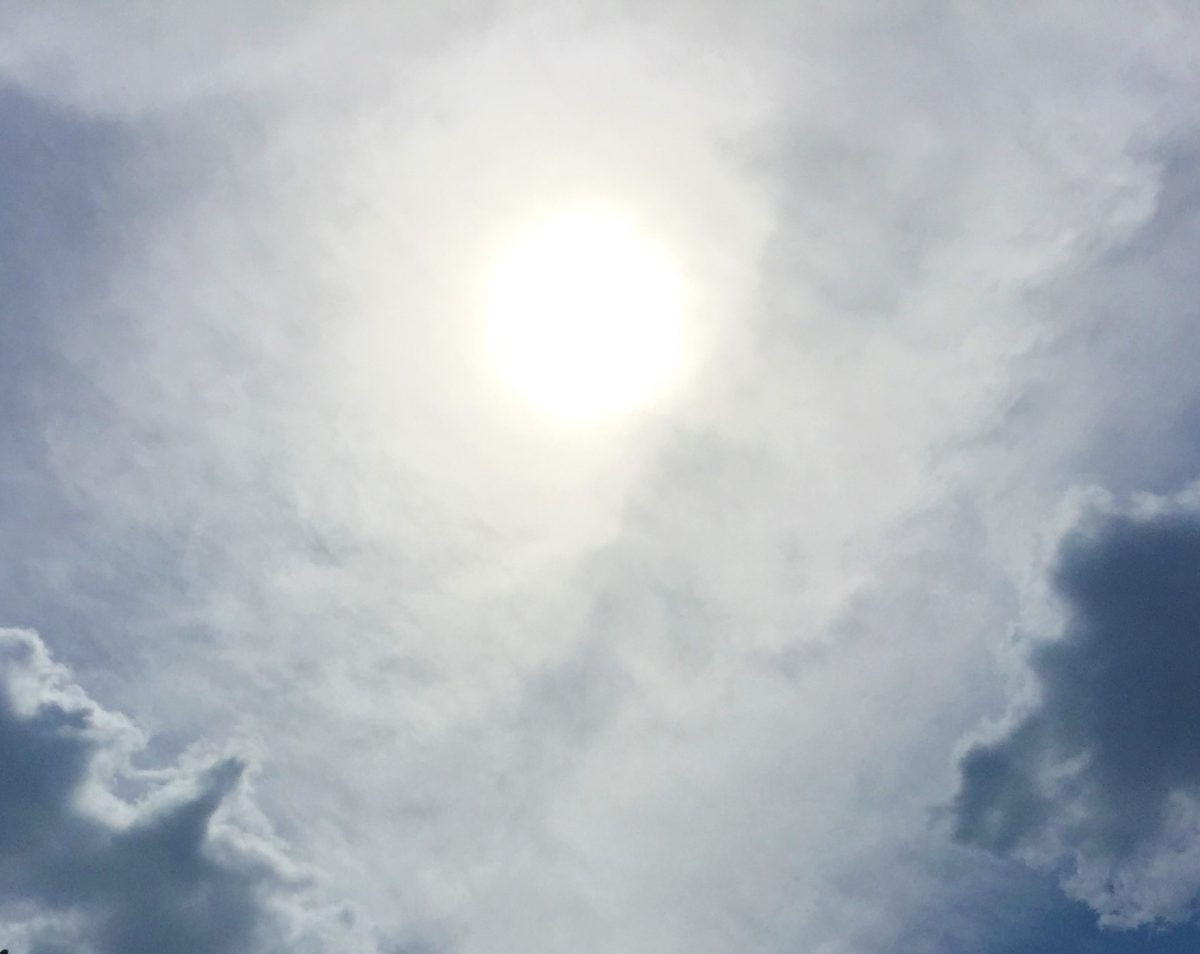 I read Mircea Eliade recently—Myths, Dreams, & Mysteries and The Sacred & The Profane. I feel Eliade offers interesting notions that need grounding in political realities. Indeed, the kinds of arguments that Eliade makes about sacralization and ritual reflect what many others make, all the while folks claiming that, because their religions emerge from divine revelation of some kind, they cannot be political, are in fact apolitical.

Eliade predicates myth as perceived as “real & sacred,” a kind of “exemplary, and…repeatable…model, and…a justification, for all human actions.” Myth represents “a true history” from

the beginning of Time, and…provides the pattern for human behavior….Imitating the exemplary acts of a god or of a mythic hero, or simply by recounting their adventures, the man of an archaic society detaches himself form profane time & magically re-enters the Great Time, the sacred time.(23) (Myths, Dreams, & Mysteries)

He links myth to “collective thinking,” to “the participation of an entire society in certain symbols.” (24) I note that he commits the post-modernist sin of assuming “personal thinking” is a modern development. Myth, though, as “the expression of a mode of being in the world” is more techné for social consciousness effects.

He locates Marxism as built on apocalyptic myths of election, messianic thinking, and binary morality. He misreads the eschatological bases of Nazism, though. He views it—ragnarokr, as cultural suicide, missing the Nazi messianic syncretism of Nordic & Christianity. Or, more properly, he misses the inherent sacrificial and purgative purposes of that mythology and the Nazis’ use of it against “lesser” races—the end of the corrupt old world and the inception of the purified, restored, paradisiacal world, in which case it’s virtually identical with all other apocalyptic myths.

One of myth’s “essential functions…is its provision of an opening into Great Time, a periodic re-entry into Time primordial.” (34) However, Eliade remains too focused on myth & sacred time as anterior to mundane time, as always before. It would seem better, perhaps more empowering & fructive, to view it as alterior time, but still perhaps sacred (or potentially so).

He does acknowledge the reality of paranormal & psi-phenomenon—& although he points to the warnings vs. siddhi (“oh no magic.”), he acknowledges the use of techné to intentionally access sacred time (“the death of the profane [person]”)—the mythic event bridged into the present. (90-2) He then links all this to “participation of the ‘spirits’.” (95) The idea is to recreate—or access—mythical time (97-8).

Eliade first works to define the sacred in The Sacred & the Profane: “religious [persons] deeply desire to be, to participate in reality, to be saturated with power.” (13) Sacred things are what they were—for example, a sacred stone is still a stone but also something other (12). That said, Eliade notes again that the sacred & profane function as modalities (14)—that is, as consciousness effects, as modalities that allow people to enter appropriate states of consciousness to whatever magical-religious ends.

Sacred space acts as “real & real-ly existing space,” endued with significance, and he contrasts it with “the formless expanse”—sacred space has “structure or consistency.” Such space emerges out of relationality to “the fixed point, the central axis for all future orientation” (20-1). Sacred space is real where the rest is a “nonreality.” Sacred space “ontologically founds the world” (21), but note the political aspects—axiology, intersecting with capitalist & commodified, reified reality. You can compare this thinking to “the city on the hill,” & etc. The sacred of one person is another’s profanity.

That said, magic & religion require, entail, an orientation of sacred space to access the sacred, & that orientation is intentional & creative—we have to decide where that orientation begins & extends. Thus, value, direction (action-wise & space-wise). Furthermore, the definition of sacred is political, has political results. Eliade’s views on the value of the sacred vs. profane connects, for me, with very traditional ways of seeing the world as “brazen” Nature in contrast to the world as garden—Nature is worthless, but the garden is value-added. Transfigured & enchanted through patristic male agency, much as Philip Sidney describes in The Defense of Poetry.

The problem of profane space is the lack of distinction, difference—it is undifferentiated save by its relation to the sacred. It is undifferentiated from a human, civic, cultural perspective: it has not been catalogued and defined in human cultic and cultural terms. It’s a blank space on the imaginal map, as it were. All of it is still out there & real, and when a “religious person” encounters the wilderness, they will probably react to perceived beauty and awesome things—but the sacred vs. profane as Eliade defines it is entirely a civic perception and conception, and it extends to the foreign and foreigner, as Eliade does note in passing.

This concern for the undifferentiated—a criticism often also applied to “the masses”—points to an egoic concern for “order,” by which we really mean hierarchy. The people want to feel apart & higher, superior—not lumped in with the “profane” & lesser.

Egoic & typically Western ideology mistakes the ecstatic mystics—the “female” & “receptive”—as seeking an annihilation of self & all bounds, all differentiation: the self/ego dissolves into the All. That’s not it, though. They see only ego extermination while preferring an experience of the “sacred” as ego-affirming, as hierarchy affirming. The mystic experience, though, resets one’s experience & set for what counts as sacred by showing everything as sacred, including self, world, others. The assignation of the “profane” becomes a human, a political act—of hedging out things from the sacred reality & into valueless non-reality.

That is, the religious binary of sacred vs. profane can easily lead to disenchantment.

In fact, Eliade is describing Archonic, Leviathanic “sacredness”—typically male & imperial. The omnipresence of the sacred in an enchanted world emphasizes ecosystemic experience. Eliade writes of the relativity & rhizomatic quality of the world & nature—the “profane”—vs. the imperial, colonizing gaze of the priest or hero who “founds” [and thus colonizes] the world through an authoritarian imagining of the world—an imposition, colonizing—not living in the world as part of it.

The most common casting of sacred space, of a circle, at least, acknowledges the directions & world as a whole, even if we stand in a microcosmic island of it.

He notes profane space includes “privileged places”—“the ‘holy places’ of [one’s] private universe” (24), but I suspect, yeah, he’s civic & Archonic. He limits the sacred to the obviously & officially religious. He also ignores the chthonic for the celestial—the sacred comes from above. (26-7)

Now I do agree, in general, with his notion that the “religious moment implies the cosmogonic moment. The sacred reveals absolute reality & at the same time makes orientation possible, hence it founds the world in the sense it fixes the limits & establishes the order of the world.” This action ties often to the civilized (inhabited territory, organized territory) perspective. Eliade acknowledges, uncritically, the colonizing quality of the civic sacralization he’s described. I do note his thought “that every construction or fabrication has the cosmogony as paradigmatic model. The creation of the world becomes the archetype of every creative human gesture.” (45)

However, I note that the repeatability, the iterability of “sacred time” through ritual—but there’s something very reified by civic cultus—it’s mechanistic in its requirement for orthodoxy, & I dispute his assertion that ritual comes wholly via the gods.      That’s the thing: Eliade presumes civic cultus & a clerical class & presumes their right, ritual, sacred authority as mediators for the gods.

All this said, the personal microcosm should become an instance of self-creation, personal, & thus microcosmic, cosmogeny—personal cosmogeny.