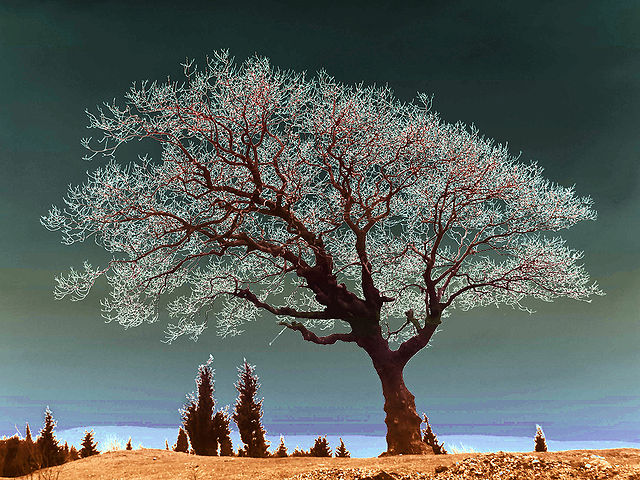 “this great idea fructifies within him so vigorously that he is compelled to colonise mentally, as a vigorous nation colonises physically.”

–Dion Fortune, The Training and Work of an Initiate (28, emphasis mine)

Occasionally I try to come at Fortune again, but there’s something rather–well, English about her. I wonder how great a distance there actually is between her and Crowley.

How many colonial groups are out there in the Otherworlds right now expanding their empires? Probably quite a few. I have thoughts about the organic, ecosystemic nature of the Otherworlds where the Dead and fae and spirits and gods live in communities near to this world and deeper into the Otherworlds. We have big hierarchical maps like the Tree of Life, itself a different version of the medieval Great Chain of Being, and I’d argue they reflect a rather limited imposition on the expanses out there–a kind of official reality imagined and imposed onto the Otherworlds.

I imagine the Dead who began in worlds near our own, in reflections or parallels of the landscape they dwelled in while alive. And I wonder if, as the land shifted and changed, they stayed in the same places or if they migrated out. How many secessions and migrations happened as the Dead and Others got fed up with the same sacred kings ruling to aeons? How often did expats and loners and queer rebels head off into the octarine and viridescent wilderness in search of a place to live the way they wanted to? And how many sacred kings and exalted ancestral chieftains do you have to get in one place before they set off to colonize the Otherworlds, build Empires?

As a friend of mine put it, on some version of this topic, As above, so below.

That said, I find myself often considering what I call “the depths” but also the “shallows.” When I think about my god-self, HGA, things like that–when I think about my greater, wholer self that I can’t fit into the life I have here–the more accurate term I’ve had to refer to that sense of wholeness has been the depths. But I’ve also had occasion to sense or glimpse the social layer I often interact with. After all, when you’re pondering “Archonic reality” and such–well, one, it’s easy to imagine them as super-powerful presences in this world and the Otherworlds–but that social layer isn’t “the depths.” Perhaps the “shallows,” as I reach for words to name things.

But it’s tempting to see the Otherworlds as an enchanted territory of blissful Not-Here-ness, and it’s tempting to try to cookie-cutter-template some hierarchical map onto the Otherworlds. But we’ve had millennia of well-meaning nobles, god-kings, priests, and more live and die and move on into scores of spiritual hierarchies even as we have roving bands of opportunists, adventurers, Invisibles, and more roaming the near and far Otherworlds: Otherworldly aristocrats, colonialists, communists, freebooters, and anarchists.