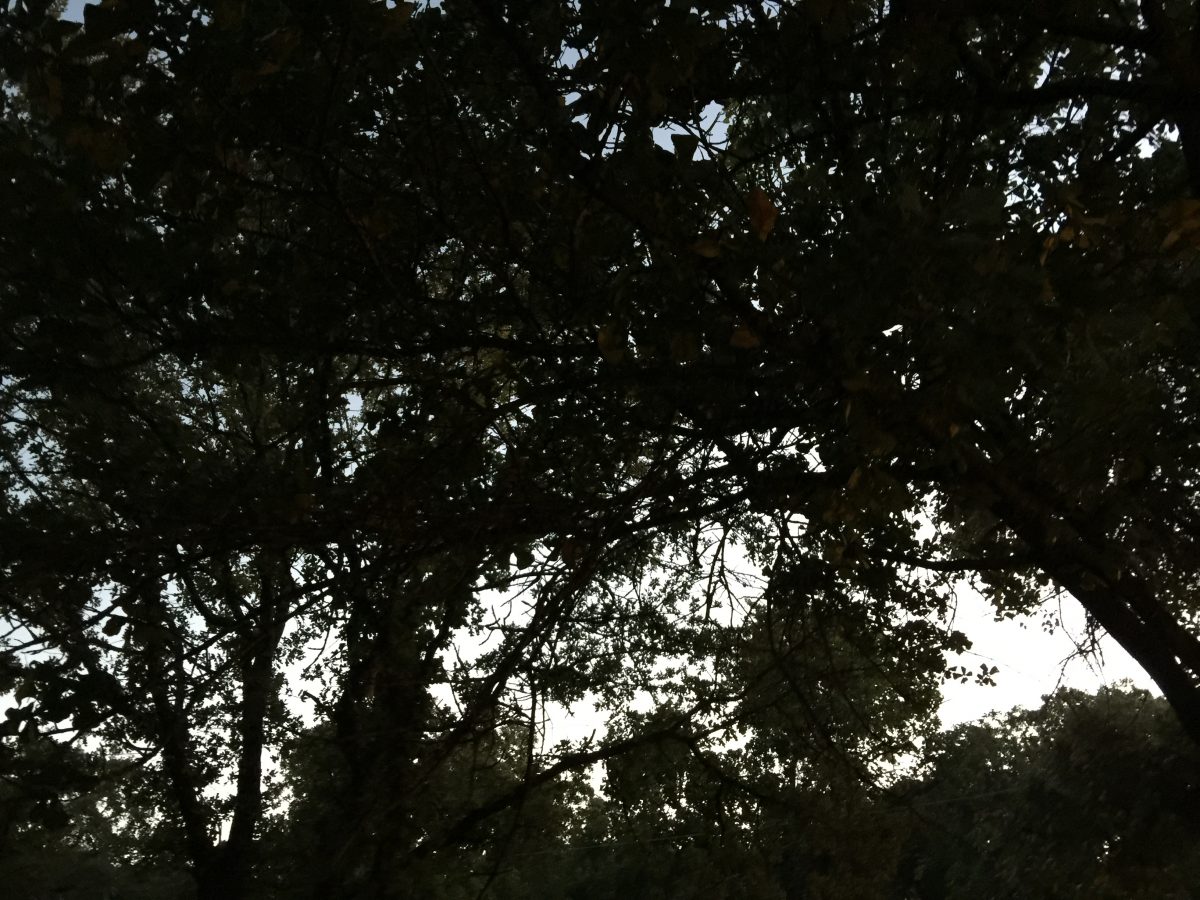 Nemetona & Self & Enchantment & Other

I don’t get enough time outside—work and other business occupies time that I try to reclaim for myself again when I am able. And I’m hoping I’ll have a bit of time here in the autumn to do more outside. If nothing else, for me, sitting and reflecting while outside leads into a kind of meditative “zoning-out” in nature, “communing” with nature. I will watch the swaying trees and leaves, listen to the soughing, gaze at the places where Green and Sky and Cloud come together.

I term these moments “Nemetona” events, mostly drawing on what Jan Fries had to say about Nemetona:

What if we leave the idea of sacred THINGS and move to a quality of sacredness that reveals itself in an open mind? Nemetos. A consciousness of sacredness, a truly awakened mind delighting in the wonder of the world…How do you recognize when a particular tree is sacred? How do you know if an event is an omen or simple coincidence?…The answer, of course, is your own. Just as you craft the dream of life in your mind and travel your circuit, you also equip it with gates and passages leading beyond….As the Celts declared certain sites a nemeton [sacred place], they also named a goddess Nemetona. Hardly anything is known of her, apart from a couple of inscriptions…They show that she was important and widely known, just as the nemetons were, but with regard to her iconography, mythology and ritual, nothing survived. Was the goddess worshiped in an anthropomorphic shape? Or did she appear laughing in the screech of the crows, the flapping of dark wings, the gentle touch of somber evergreens, the gurgling of a brook or the gusts of the ghostwind in the shaking, trembling trees?…Imagine faces, glaring, wild, a-swoon, delirious with lust that appear and disappear, materializing out of whatever is handy in the scenery. And remember the quality of awareness that makes all this possible.[1]

Later, Fries revisits Nemetona to remind the reader that

The more the concrete spreads, the more we long for the peace and enchantment of the green world. We are the ones who clothe Nemetona in a mask of leaves, berries, hair and feathers.

He goes on to note that we typically have a romantic attitude towards the forest,[2] but, that said, the primal enchantment of the forest and “Nemetona moments” probably facilitated the kinds of trance ancient Europeans participated within.

Now, Fries remains vague about his sense of Nemetona, though he encourages others to work with her. He finds her a rather abstract goddess—if powerful and inspiring—and my own sense is very much that she emerges in the space where self bridges to the world, as we sense and try to make sense of the world, especially if we can suspend the hard boundaries of the ego.

Having read Fries’s book well over a year ago, I thought about what happens in those moments of reflection while in nature—or at least outdoors. I’ve noted previously how walls and event boundaries hedge things out of our immediate awareness, but I’ve found that, at least outside, the mind seems to align with the world around us. We suspend whatever rhythms we have in our selves and immerse ourselves in the rhythms of nature and reproduce that rhythm within us. As I immerse into the moment, on reflection again, I release I’ve suspended myself, and the trees & wind & movement become my mind—

And that process helps me (and Talker, my “aura”) connect to the world, but it also helps me connect to Land, Sea, Sky—Nature’s “Talker,” Mind, aura. In doing so, the damaged or out-of-rhythm aspects of the self find healing in the larger rhythms—our damaged rhythms can heal by touching again—by suspending and immersing themselves into the rhythms we probably need far more.

And for me, I reflected on these things again as I saw a photo of sky & trees reflected in the waters of a pond in the woods, a woman in dark forest browns & reds & greens standing, her face away from the camera—as if she were blend into the woods.

(Meanwhile, the only reflected waters I generally get to see are reflecting puddles after it rains, and even in the Urban, the effect can be much the same.)

And the reflection—the reflection factors into the Nemetona process where I immerse into the Land, Sea, Sky again, suspend myself, fill myself with that enchantment but also—the depths of the worlds about me while remembering as well my own depths. I can reconnect, tear down the walls I have within that separates my own depths—

And the waters’ reflection provides us a magic mirror in that environment—& the Otherworldly aspect of the World & myself—comes closer to my awareness. I may even experience those depths as an other world, an other self, may sense the spirits & Otherworldly locales I might otherwise feel more intuitively. Or the reflection provides the literal mirror’s edge for my awareness to perceive—the window through which vast (super)natural depths exist—places of fae, the Dead, gods, land spirits,—& myself.

But I access all that after I allow myself to grow aware of it within & as a part of myself & myself as part of “it.” In part, Nemetona entails a re-awakening of that awareness, an ecosystemic awareness where we are part of the world, significant in that world but better aware of the significance & presence of others, people, Land, Sea, Sky, animals, plants, place, wind, sun, stars—etc. All of it, & how all those parts also come together into another presence, however you choose to interpret it.

But what of the city, town, even country? Nemetona is there, even as we also have the Urban, & the Urban has always sought to hedge out the Wild, the Green—to hide it or to tame it with Gardens and other things.

Don’t get me wrong: there is enchantment in the Urban. There are far too many hidden and occulted spaces, forgotten spaces, in the Urban. And amber streetlights at night illuminate islands of Otherworldly night that border areas of shadow, and I’ve seen far too many dark, dark residential streets in the dead of night as the wind or silence moves through.

In some ways, Nemetona points to enchanted engagement with reality in which we interconnect with reality and the gods and nature and other people and enchantment as ourselves but also ourselves-with-them. I then read Nigel Pennick’s The Eldritch World (mostly thanks to also reading Sarah Lawless’s blog archive), and saw that Pennick describes a very similar perspective (albeit with far more sesquipedalian and aureate diction).

[1] Jan Fries, Cauldron of the Gods (Oxford: Mandrake, 2003), xiv-xv. In general, for as much as Fries seemed to want “Celtic” magic and religion to concretize for him, he found it too slippery and UPG given the dearth of concrete information out there.