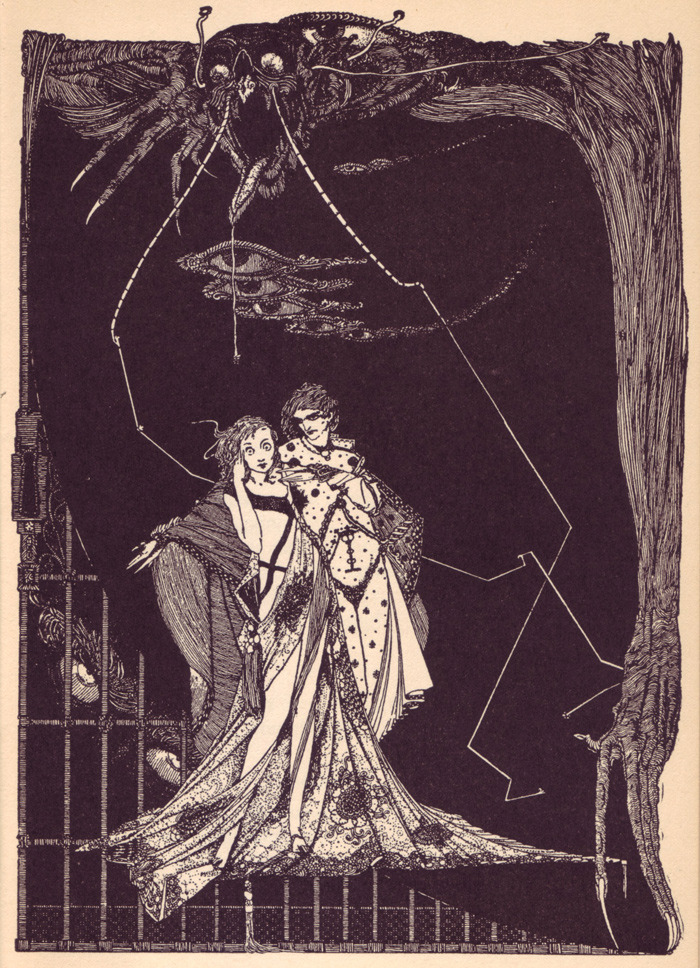 I promise to take out the garbage.

I promise I won’t tell anyone.

I promise to tell the truth and nothing but the truth.

–we’re performing an illocutionary act or a performative utterance in that saying the promise aloud—I promise I will eat all my veggies!—also accomplishes the act of making the promise.

Obviously, we use performatives all the time. Every oath, promise, or EULA entails performative utterances. I promise I will honor the terms of the terms & conditions. That sort of thing. The thing is, per Austin, all language has an implicit performative quality.

I want to say that it’s obvious that ritual and magic are all about performative utterances: we’re using illocutionary acts (and symbolism and ritual gestures, etc., can call fall under this rubric) to try to convince ourselves, the cosm, and/or spirits of whatever stripe to do some perlocutionary act (that is, to get results). Where this insight has been most useful for me is in looking at other folks’ magic.

I’m looking through the Heptameron at the moment, and it’s a Solomonic grimoire with all the usual grimoiric speeches about divine names, angels, and so forth. Ordinarily, I despise these kinds of grimoires. This particular one has lots of Talkery and seemingly idiosyncratic elements, but you can look at the structures present and look at the process incorporated into the rituals. Even the consecrations open themselves up when you consider them from a performative utterance perspective, especially when you ask yourself What is this utterance trying to accomplish?

For example, under The Benediction of Perfumes, we have the following speech and instructions:

The God of Abraham, God of Isaac, God of Jacob, bless here the creatures of these kindes, that they may fill up the power and vertue of their odours; so that neither the enemy, nor any false imagination, may be able to enter into them: through our Lord Jesus Christ, &c. Then let them be sprinkled with holy water.[1]

As a non-Christian with no desire to incorporate Christian symbolism and its premises into my practice, I often feel tempted to roll my eyes and scan past passages like this one. However, from a performative perspective, I see how the grimoire instructs the mage to effectively sanctify and bless the materials in question (from an animist perspective, I’d interpret this process as rousing the spirit of the perfumes—also having the effect of getting the mage closer into the state of mind they may want). I also note two concerns that stand out: (1) that “the enemy” could try to approach and (2) that “false imagination” (self-delusion, or otherwise) could result from the magical operation. Both of these concerns—and the blessing of the perfume in the first place—are good operative goals, and with those purposes in mind, it’s not hard to adapt the Benediction for another style of practice. Say, for example—

O Hekate Apotropaia, Hekate of the Paths, Hekate Who Guards the Gates, bless here the creatures of these kinds, that they may fill up the power and virtue of their odors, so that neither enemies, nor any false imagination, may be able to enter into them: through you Queen Hekate, Queen of Witches, Tender-Hearted Hekate, etc.

In this instance, the process looks very much like just substituting Hekate references for Christian deity references. Consider the following, though:

We are made in the image of God, and his Will, by the most powerful and powerful name of God, El, do exorcise you strong and wonderful (…), and we command, by him that said, it was done, and by all the names of God, and by the name Adonay , El, ‘Elohim,’ Elohe, Elion, do exorcise you, Jah, Tetragrammaton, that Saday, Lord God, the Most high, we exorcise you, and will powerfully command you, that you forthwith appear before this Circle, in a beautiful form is here with us, that is to say human, and without any deformity or tortuosity; a. , Come ye all of this character, because we command, and by the name & that Adam heard and spake; and by the name of God, Agla, which Lot heard and was saved with his family, and by the name, Ioth, which Jacob heard from the angel with the struggling, and was delivered out of the hand of his brother Esau; and by the name Anephexeton, the number of which Aaron heard and spoke, and was made wise; and by the name of the of hosts, which Moses named, and all the rivers and the pools, out of the land of Egypt, they were in the the blood, and by the name Ecerchie Oriston, which Moses named, and all the flu you want numbers of men swarm with frogs, and they went up into the houses of the Egyptians, and destroys all things and by the name Elion, which Moses named, and was of such hail, such as hath not been from the beginning of the world; and by the name of Adonai, which Moses named, and all the locust, and the rivers brought forth frogs, and they have eaten the rest of the things that were bigger and by the name Schemes Amathus, which Joshua vouched him, and until it was the course of the sun and by the name Alpha and the Omega, the Daniel named, and destroying all, and the dragon, the interior, and in the name of Emmanuel, which the three children, Shadrach, Meshach & Abednago, in the furnace of burning fire, the cock, and were delivered and by the name Hagios, and the seat of Adonay, and by Theos, Iscytos Défunte comforter; And by these three secret names, Agla, On, Tetragrammaton, that I adjure, I testify, and through these are the names, and the name of the Lord our God, the Almighty, by the other, the living and true God, it is your fault, you, who have been cast out of the heavens, even to the hell of the place, and exorcise you, and him and we command you, by him that said, it was done, by all the creatures, and by that dreadful judgment of God, and by the sea, all is uncertain, of glass, which is the Amte the presence of the divine majesty, walking, & potestiale: by the four animals of T & ., walking, anie is the throne of the divine Majesty, and having an eye, before & it sinks back, and by the fire of the neighborhood in front of his throne, and by the holy angels of the heavens, and by that which the Church of God is called T., and by the sum of the wisdom of God, the Almighty, do powerfully exorcise you, for us, appear before this Circle, to fulfill our will in all things as it might please us, by the seat of Baldachiæ, and by this name Primeumaton, which Moses named, and there were deep in the caverns of the bottomless pit, and swallowed up Dathan, Korah, and Abiram; and in the power of that name Primeumaton, the whole host of heaven, we curse you and deprive you from all, and place, and do bind you in the depth of the abyss, and we hold you until the last day of judgment, and is to be read into the eternal fire, and into the lake of fire and brimstone, unless you forthwith appear here in front of us, between the Arctic circle, to do our will. Come ye, by these names, Adonai Zebaoth, Adonai, Amioram. O come ye, O come ye, reigneth over you continue Saday, the King of kings, the most powerful and most mighty and dreadful, whose power no creature is able to be unto you most dreadful, unless ye obey, and appear before this Circle, and forthwith, let miserable ruin and fire unquenchable remain with you. Come ye, therefore, in the name of Adonay, Adonay Amioram; come ye, O come ye, why stay? make haste to reigneth over you continue Saday, the King of kings, El, Aty, of Kings, Azia hyn, Jen, Minosel, Achadan: Vay, Vaa, Ey, Haa, Eye, exe,, El, El, El,, Hy, Hau, Hau, Hau, Va, Va, Va, Va.[2]

Now, the locutionary acts of this passage are as you read above. The illocutionary (intention/meaning) acts–and the desired perlocutionary acts (that is, the results) we can break down into a rough outline of this particular An Exorcisme of the Spirits of the Air:

With the structure of the evocation down, you should be able to adapt this ritual to your own supernatural symbol set (e.g., Wiccan, Celtic, Egyptian, etc.) and even to your approach to dealing with spirits. After all, the Heptameron and other Solomonic grimoires tend to be, as Jake Stratton-Kent puts it, “spirit-negative.” Accordingly, if your spirit relations take a different approach, you should be able to adapt the framework to achieve the perlocutionary effect you desire. I would also hazard that another function of the locutionary element of the exorcism is to help the mage reach the right trance state to achieve spirit contact (on the mage’s terms, the mage hopes). If you have other methods for doing so (dance, ecstatic flagellation, prog-rock, etc.), then you can adapt those elements, as well.

[2] Turner, 6-7, but run through Google Translate from the Latin.