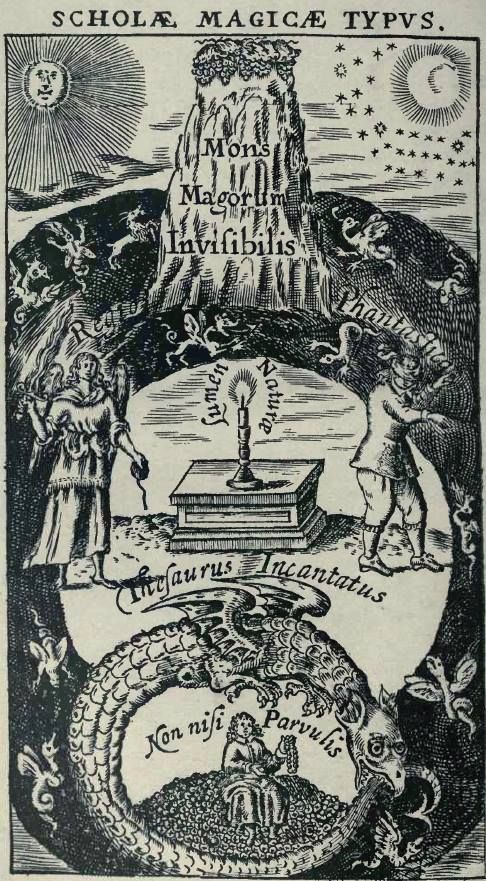 This one’s going to be dense, I suspect. I had several notions regarding the nature of initiation, and I’m going to walk through how Peter Levenda gave me several notions and to gesture at where I have gone, in part because of Levenda.

In The Tantric Alchemist,[1] Peter Levenda looks at the life and alchemical writings of Thomas Vaughan, a seventeenth century esotericist, brother to metaphysical poet Henry Vaughan, and royalist during and after the English Civil Wars. Levenda argues that Vaughan’s alchemical work with his research partner and spouse Rebecca can help unpack deeper connections between alchemy, Daoism, various threads of Tantra, and hermetica. Strands of the European alchemical tradition represent adaptations of techniques and occult practices likely emerging from Asian systems.  European culture lacked a consistent body of practitioners and teachers of these practices, resulting in what Levenda points to as “initiation by book.”

Where systems employing teachers can convey mysteries and techniques through face-to-face instruction, this European tradition had to rely on secrecy and allusive writing, often employing metaphors and symbolism derived from metallurgical techné. Levenda argues that European alchemy, while often entailing a metallurgical praxis (hermetically sealed apparatuses and a version of the “sacred cauldron” mythemes you can see in Celtic myth and legend), also incorporated psychological and spiritual integration practices that provide another benefit for the isolation and need for secrecy.  I would also argue that Levenda points to how the allusive “twilight language” used in alchemical texts points to the multivalence of self in different states of consciousness.

He notes that face-to-face, spoken instruction, for initiation can be powerful and more direct—really, you get into ritual theater and performance, and teacher and student can enact directly the aesthetic, Otherworldly aspect of training and initiation. In contrast, Levenda argues that (what I would term) a textual, bibliographical initiation requires a similar aesthetic frame: a poetic, allusive frame for potential readerly initiants to access that results in an experience as potentially powerful, but without the mediating teacher figure. I read Levenda as noting this kind of initiation shifts from what most order-based and coven-based training entails—from what I would term Fetch-focused to Talker-focused. To accomplish this bibliographic-instigated initiation, you need “liminal” writing, and its symbol-laden ambiguity demands an imaginative engagement and completion from the initiant. That is, the initiant must unpack the symbolism into their own lived, magical-mystical experience.

Such a method, Levenda observes, can be dangerous, especially when your practice is also metallurgical and chemically driven: mercury fumes and other dangers were all too common. Levenda suggests that alchemists like the Vaughans used the “chemistry” side of alchemical practice as a meditative and trance-state-inducing form of techné, with alchemy’s long hours of tending fires while focusing the mind in a ritualized manner. Furthermore, Levenda argues that the symbolism in European alchemy parallels similar discourse and symbolism reflected in the sacred sexuality and “sex magic” found in strands of Daoism and Tantric tradition. The Vaughans as a married and (by all accounts) devoted couple could explore such practices in domestic privacy.

In regards to this use of language, of art, as Levenda observes, this writing becomes transgressively mercurial, which is apt given the mercurial and subversive modes of many strands of alchemy. I would also argue that this writing also subverts the mundane, egoic blinders of Talker, the rational mind.

Furthermore, an enchanted perspective of the world entails an awareness of the ongoing “Process” of the enchanted world and its creation. The hermetic principle of cosmogeny premises how theurgists participate in that cosmogeny through ritual engagement with a living cosmos. In doing so, theurgists work to insert themselves into that enchanted process of creation. This premise renders the world imaginal and phantasmal, but it also renders persons participating in that phantasmal act of cosmogeny as phantasmal, as imagining themselves into the greater universe. In a way, this process reflects a rather animistic view of self and the world, even if hermeticism and Neo-Platonism complicated and politicized that view in their own ways.

Levenda asserts that myth can offer a way to prevent contempt from the “foolish” and to spur “philosophy” in the “good.” He connects this view of the mythic to maya, as the “illusion” shrouding reality from folk, which the uninitiated can never see beyond. The sustainable goal is not to awaken society (no “mass Ascensions”), but individuals can do so. Per Levenda, the goal of doing all this “is not to challenge spiritual or religious authority”—one is unlikely to trigger an hermetic reformation—“but to guide the reader to a personal confrontation with the Real in order that genuine benefits may accrue.”

All of this pondering points at the axiom of “as above, so below.” The Vaughans seemed to recognize this axiom in the relationship of Jacob to God via Jacob’s ladder, with the idea of Jacob:Ego::God:God-Soul. They were engaged in their own integrative practice informed and inflected by the alchemical tradition and their own Christian faith and mysticism.

Now, I have no desire to begin a traditional alchemical practice: I’m not planning on working with mercury (but certainly with things mercurial). That said, as I do work on my own integrative practice, I recognize how my own “deeper self” wants to come forth, but I remain on-guard against feeling, showing, and releasing Her—to “expose” Her to the world, and even half the time to myself. I have noted that my image of Her is very important—Her image can help earth and actualize, can help bridge Her Here. In a sense, I am calling Her down into my life.

But that seems to me very much like initiation, in a real way.

There’s a reason we—culture—tries to stamp out the self-reflective, the artistic and enchanted, for failing to keep us all rigidly controlling ourselves, restricting and chaining ourselves—otherwise, we would all chuck the civic (not necessarily the social and interpersonal) aside.

A good amount of magical practice has historically involved pulling down spirits from above (or from below) into statues, icons, crystals, talismans, and so forth. Hermeticism has predicated itself as deriving from putative ancient Egyptian religious and magical practices in which gods were called down to animate statues. I’ve argued elsewhere that  similar practices may have been used by our ancient Neolithic ancestors (cave painting, for example) and by Gaels with their fairly abstract poles with “faces” on them. The image, object, what have you provides an anchor and focus here for the god or spirit to bridge to here, to us.

And one of the things I’m realizing is, just as people have done all that in the past, integrative practice entails doing something similar with yourself. I am trying to get my god/spirit/whatever to walk in, to bridge “down” into me, here. I have been trying to animate and enchant myself.

I have recently begun to resist the above & below spatial metaphor because it’s easy to render that hierarchical, at least for me. Instead, I’ve found there’s something to be said for it being a matter of depth. Here, I am the surface of a mirror or pool of water, and beyond that surface are the depths. Many forms of practice use something like this metaphor already: that our life here is a vessel which we try to fill, both from what is all around us (culture and the good and bad here we deal with) and from the ocean that we can touch. Of course, I can’t fill myself with my ocean—but I can tend to the vessel and reclaim something more of my depths rather than mistaking the stuff around me for those depths. At the same time, I hope that I can stretch and grow that vessel, to accommodate more and more—without tearing it apart!

Featured Image: frontispiece to Vaughan’s Lumen de Lumine (1651). Levenda notes its “resemblance in terms of symbolism to the illustration” from Nei Jing Tu, “or Map of the Inner Warp, a famous diagram of Chinese alchemy.” Levenda also notes this image was the only alchemical illustration Thomas Vaughan ever published.