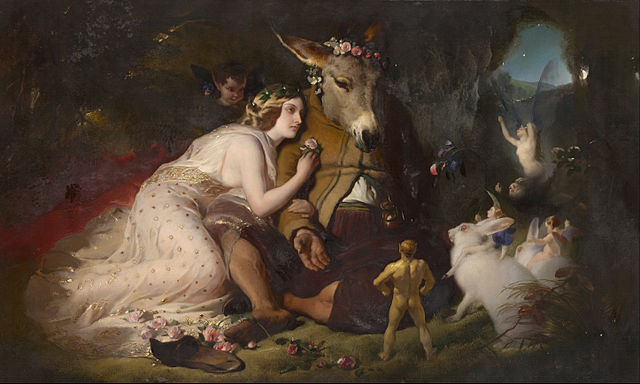 I’ve been discussing the challenges of being a woman or non-binary when working in the Solomonic (and similar) traditions of late over at Rune Soup, and the topic is one that includes questions of authenticity (especially if you’re coming at things as a magician/witch/wizard rather than “priest,” but that distinction can be rather arbitrary), performance, roleplaying and shapeshifting, and more. The topic of the spirit of a performance came up, and that led further into the intersection of drama, ritual, and magic.

One thing that comes to my mind out of much of this is a basic distinction of two modes of acting: presentational and representational.[2] Presentational is nominally the older one, in which the audience isn’t asked to suspend their disbelief per se (you’re not asked to believe it’s Hermione and not Emma Watson, for example, or that you’re not watching a movie or play). There’s often an artfulness and ritual quality to good presentational drama, and there’s even, I think, a sense of the audience’s participation as witnesses: classical drama, especially (to me) Aeschylus, gets there. Bad presentational drama is what Shakespeare pokes fun at with Bottom[1] and the Rude Mechanicals in Midsummer Night’s Dream or what we see in school plays like with Lisa and Ralph on The Simpsons.Representational drama is more akin to what we’re used to on a regular basis, where we’re encouraged to suspend our disbelief that we’re watching actors or that we’re auditing a production. We’re encouraged to immerse ourselves into the world of the artwork.[3]

Now, both modes have something that speaks to magic and ritual. A sincere and engaged presentational rite (“I am Moses…I am the messenger of Pharaoh,” as in The Headless Rite) can certainly work, and even, arguably, an insincere or disengaged one will, but with different (probably unintended or undesired) results, I expect. Most ritual coming out of the Tradition(R) seems to work in this mode. But representational riting strikes me as something far more perhaps in the mode of “Faërian drama” and enchantment–and as I come around to that association, I think there’re interesting things to consider there–even as representational ritual might veer more into territory we normally associate with journeying.

In either case, I think the spirit of the performance[4] and evoking it requires suspension of concrete and distanced self/ego and an openness to respond to and to improvise with the Other and others.[5]

[2] Meanwhile, well, Bottom is the one who has his Magonian experience and returns transformed in more ways than ass. Besides, curiously, it’s Bottom & company’s bad rehearsal performance that ends up “summoning” Puck, or definitely getting his attention.

[3] As a corollary, folks can’t help but compare their experiences in the world of the artwork (or ritual?) to their experience in their normal reality, and that’s where the messy line between “reality” and “phantasy” (or at least official reality and enchantment?) and social critique and subversion and more come in. Or that’s how I read Heidegger and Adorno on that. Thus why we need better sci-fi and other art. And what happens when you’re trying to bridge the Faërian and Here?

[4] Is a ritual/drama/performance a verbal-kinesthetic sigil with its own intelligence/spirit? (Tudor audiences of Doctor Faustus probably would’ve thought so?)

[5] Peter Levenda has touched on the idea of the magical side and brainwashing aspects of method acting in chapters 17 and 18 of Sinister Forces III,  which says something about the potential uses of representational ritual.