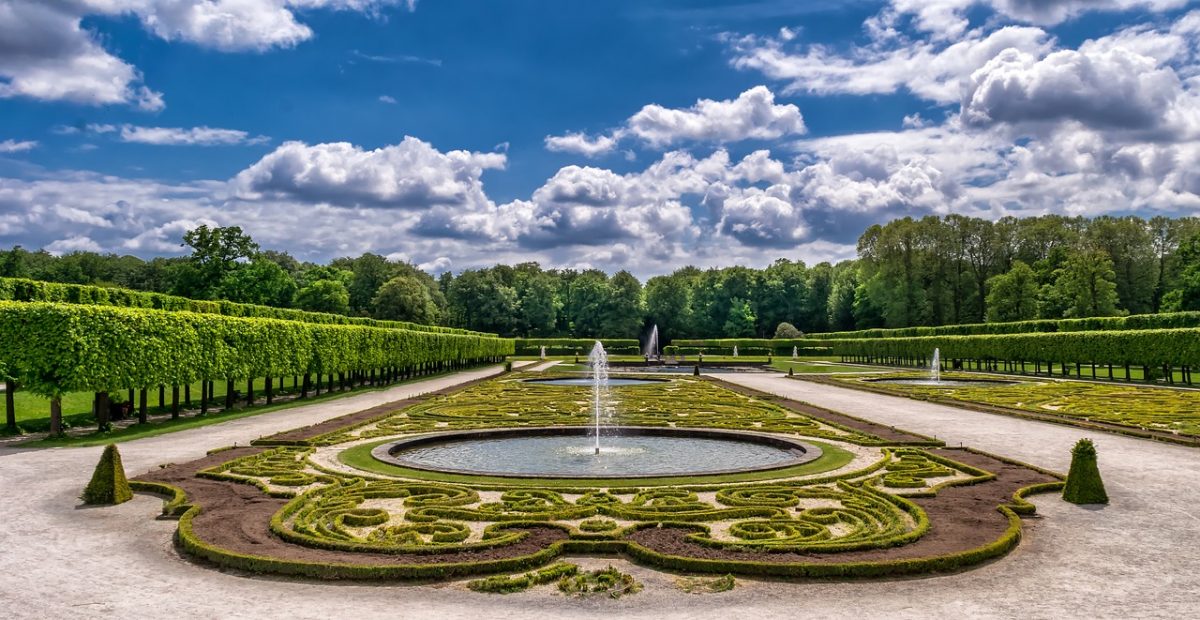 I’ve done the odd sigil in the past, and of late, I’ve been doing a lot more. Hell, when I restarted my practice after a long hiatus, I had started doing some practical enchantment, back in 2013-4.

At that time, I saw it more in terms of prayer for getting some assistance from allies along with some psychological associations: that is, ask for some help even as I moved myself into a mindset more conducive for success in whatever I was doing at the time. And in that sense, I incorporated elements of neurolinguistic programming (NLP) to create new, better patterns of belief, thought, and action that would help me pursue my desires.

I also noted how ritualized statements of my intention were often enough for focusing my attention or reorienting how I was thinking into manners that were more useful. I quickly realized how desire and intention on their own could accomplish quite a bit for me, and I typically turned those kinds of practices towards learning, understanding, and integrating and reflecting about myself, my psychology, my magic, my magical readings, my experiences, and so on. And that worked for more mystical and intellective/cognitive goals.

I also had a magical campaign that got me my current professional gig, and I remember when I thought I hadn’t gotten it and had resolved myself to that failure and started to move on, and then I got an out-of-nowhere miraculous call and offer all on the same day.

I counted that very much as a win.

And so, on the topic of practical enchantment, I’d tried various approaches. For example, I would conjure up a ball of light that I invested my desire or intention into, and then I sent it out into the world: my magic glowing wish birds. I got that from T Thorn Coyle, I believe, and it’s some good basic tech—certainly a good exercise for working on visualization and other techniques, and even simple things like learning to want things and to identify what you want beyond what you’re persuaded to want through advertising and culture.

I frame the process as one of wanting or intending rather than wishing. For me, I realized, wishing was a far more passive enterprise. After all, in western culture, we associate the fulfillment of wishes with genies—ultimate cosmic power to achieve anything you want. I saw the caveats that you cannot do such a thing yourself—you rely upon and are subject entirely to the whims and agency of another entity—and our culture frames wishes as greedy, monkey’s paw-like desires, with the common result of wishes being their corresponding un-wishes, with the wisher “learning” that it’s best to remain satisfied with their lives as they are. Of course, that’s a handy lesson for the socioeconomic elite to impress upon the commons. Accordingly, for me, the act of wishing carries a chimerical and unattainable quality; in comparison, desire, intention, and similar concepts reflect more active and attainable ends.

As I’ve worked on sigils using the Gordon White Not-Quite-Anything Goes School of Sigil Magic, I’ve come to recognize something that was probably inherent in the old wank-and-forget model. The sigils are alive, are living spirits.

Now, after a fashion, the wish bird technique I learned from Coyle[*] essentially creates a little spirit that you send out to help make your wish reality. Sigils do something very similar while disentangling our conscious prevarications and expectations through the act of ensigiling/encoding our intentions into trans-linguistic glyphs: the intention is still there and informs/shapes the resulting spirit and spell, but those intentions are rendered into magical images that evade the censor of the rational, skeptical, critical, linguistic consciousness that would otherwise work against them.

What this means, though, is that in using sigil magic, we’re creating sigils and spirits. I’ve mentioned here before how I remember reading a text that addressed sigils and working with them until they start moving/writhing, at which point the text urged the practitioner to, well, banish banish banish.[1] But the moving quality of these sigils, in this overly alarmist text that would seek to counter the actual magic of the sigil, got my attention: that’s cool/interesting, I’d thought. And it pointed to the life of sigils, too.

A Pre-Modern Procreative Basis for Sigils as Spirits

The wank-and-forget method of activation frames the creation of sigils as a procreative act, and medieval & early modern views of men’s role in procreation pretty much bears that out. As Thomas Laquer describes this Aristotelian view of male generation, male seed (sperma) “was a compound of water mixed with breath (pneuma [that is, spirit]), the tool through which the male principle worked…The ejaculate, [Aristotle] makes absolutely explicit, was but the vehicle for the efficient cause, for the sperma, which works its magic like an invisible streak of lightning.” The male seed was the “active agent” in procreation, “enter[ing] into passive matter [that is, the female “vessel”]” so that “one thing [the child] is made from two.” After all, Laquer observes, “conception is for the male to have an idea, an artistic or artisanal conception, in the brain-uterus of the female…the material.”[2] And while this misogynistic view of the superiority of semen helped elevate idealism and abstract, rational, male thinking from the classical through present day, this model points to a very much procreative model of creativity.

In the early modern period, you can see this principle in the writings of someone like Sir Philip Sidney and his Defense of Poetry. Sidney was a courtier and poet, but he was also an associate of what these days scholars call the “School of Night,” a gathering of “atheists” that was probably far more a hermetic group of persons that probably included folks like Sidney, Walter Raleigh, and Christopher Marlowe, and they were all in association with John Dee and Giordano Bruno.[3] Lit scholars often identify the Defense of Poetry as the first English language example of literary criticism and theory, so you can blame Sidney for that. That said, Sidney frames the male poetic pro-creative act:

…give right honor to the Heavenly Maker of that maker, who, having made man to His own likeness, set him beyond and over all the works of that second nature. Which in nothing he showeth so much as in poetry, when with the force of a divine breath he bringeth things forth far surpassing [Nature’s] doings.[4]

Sidney also argues that poets/makers augment and enchant an otherwise un-enchanted nature, at least in Sidney’s figuration of the creative act:

Only the poet, disdaining to be tied to any such subjection [towards facticity], lifted up with the vigor of his own invention, doth grow, in effect, into another nature, in making things either better than nature bringeth forth, or, quite anew, forms such as never were in nature, as the heroes, demi-gods…chimeras…and such like; so as he goeth hand in hand with nature, not enclosed within the narrow warrant of her gifts, but freely ranging within the zodiac of his own wit. Nature never set forth the earth in so rich tapestry as divers poets have done…her world is brazen, the poets only deliver a golden [world].[5]

The male creative act becomes a kind of perfected procreation, creating Neo-Platonic ideals that improve upon, or are otherwise superior to, the natural world. Within the world of Renaissance humanism, the natural world is a garden granted to male authority to tend and to improve in a microcosmic reflection of God’s cosmogenesis.[6]

With all that in mind, with its directed use of (typically, in ‘90s-era practice, male) orgasm and ejaculation, the wank-and-forget model of sigil creation essentially birthed, sired, procreated those sigils and the ensigiled intentions into being. And as I’ve created my own sigils of late, activating them using methods that White has shared from his own experience, I’ve been struck by their living spiritual reality, just like the plant I’ve been growing in my little container garden.

I’m not going to share how White taught to activate sigils—you can go look at his freely available guide here, or you can pay for the premium membership course over at Rune Soup. But having created a my first proper “shoal” of sigils Sunday morning, I laid them out with magical images of helping spirits & gods and power objects arrayed nearby. And I realized that all of those magical amplifiers weren’t there for me or to have Freya or St. Cyprian do things with the shoal: they were there as magical images and foci to feed and nurture my sigils as they took root in my own spiritual garden and in the world–because they were living.

Each sigil represents a desired outcome or manifestation of reality here on Earth—they represent stories and enchantments that I hopefully participate within. They’re my stories, after all. And as living things, they are spirits, and the pieces of paper with silver ink sigils on them are just the material anchors they have in this Earth realm. All that said, they’re my “children,” midwifed with the aid of my spiritual allies. They are enchantments of my reality—in many ways are part of the re-enchantment of my life, of my agency in this world as I pursue my desires and intentions. They’re also alive in a way that I can’t properly define for you. Just like Rowling’s Harry Potter or Middle Earth lives for people inspired by those works and worlds, so too do my sigils live.

Edit: Oh yes, I forgot to point to pre-modern myths/legends about incubi and succubi and the production of “nocturnal emissions” as pointing to another non-sanctioned procreative and ideational process that produces, well, demons/spirits relating to desire.

[*] See Coyle, Evolutionary Witchcraft. I might as well also point you to T Thorn Coyle’s short book on sigil magic, Sigil Magic: For Writers & Other Creatives, which focuses more attention on doing the work you need to do to write or be creative and getting at understanding/reflecting upon your desires.

[1] I thought I had been reading a chaos magic text on this point, but I have to agree with White that it wasn’t any of the classic chaos magic writers, and indeed, squirming sigils are the point. I still have no idea which book I saw this warning in, having last seen it while reading between calls at a shitty phone job in 2014.

[3] I would refer the reader to, well, most anything written by Dame Frances Yates.

[4] Sidney, Defense of Poetry, par. 11. Sidney earlier points to the Greek term for poets as meaning “maker”: “But now let us see how the Greeks named it and how they deemed of it. The Greeks called him…which is ‘to make’; wherein I know not whether by luck or wisdom we Englishmen have met with the Greeks in calling him a maker” (par. 9).