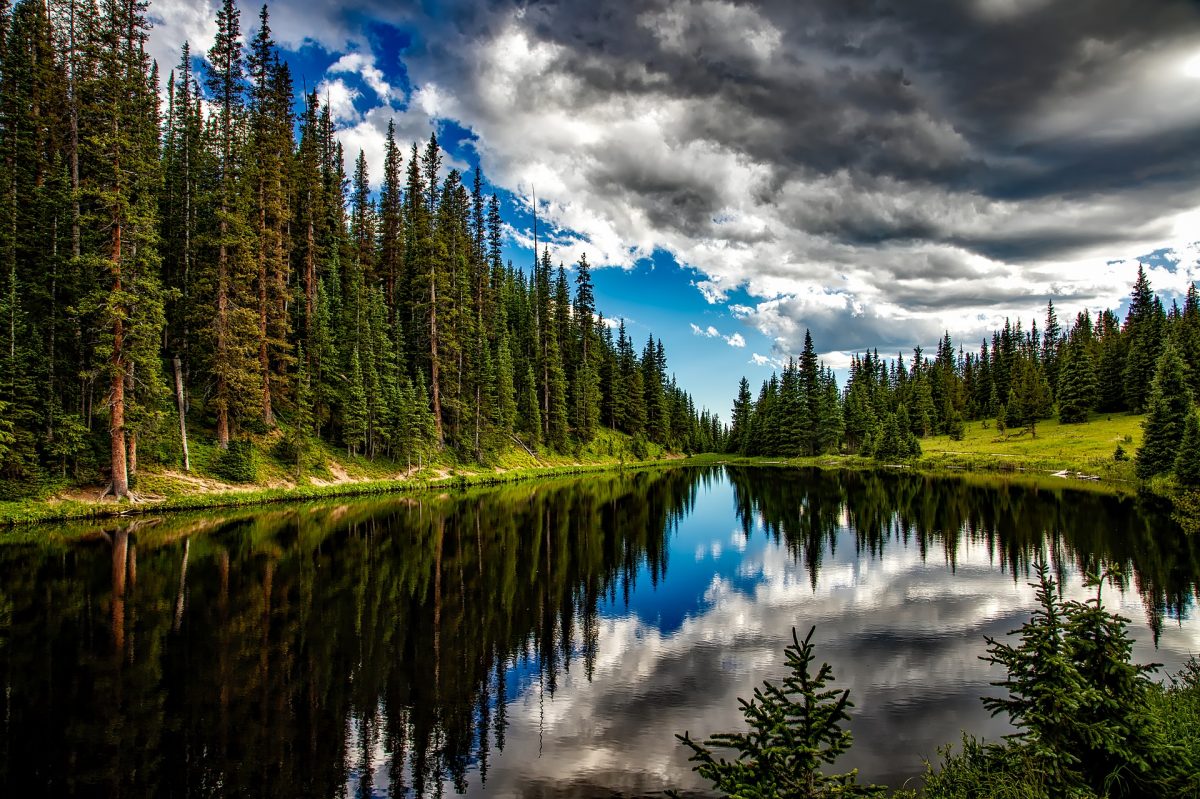 I live in a comparatively major city in Texas. I grew up here, but I spent many years going to uni[*] at a less major city not that far away, at least from an American perspective. I moved back “home,” as it were, because my current gig is near where I grew up.

In my old town—the uni town—I perceived I was on a plain, surrounded by forest in the distance.[1] When I came back into this town after having moved and been away for a while, I felt how the Square at the center of my uni town felt very scoured. And the plain was, well, very plainy? Plaintive?

Anyway, I’m back where I grew up. But I’m not the child I once was.

Spring has begun here. It’s not my first spring here, but it’s perhaps my first spring with more sense than I used to have. The trees are very active right now, waking up from the sleep of winter.

I had a dream the other day of walking through a building on the campus of the uni I presently work at—go fig, I’m overly educated and work in a uni environment—and I realized I’d been dreaming of that uni environment from well before I ever came near that campus on my current gig. I grew up not that far away, and I remember, vaguely, doing something on this campus long, long ago. Well, like over 20 years ago. I dreamed that I was walking through that campus while eating, well, Tex-Mex, and I ran into someone who recognized me. “Hey, you work at my [local industrial company], but you’ve never been there—you’re on the paperwork and records as working there, but you just vanished a while back.”

I followed, and I met several people who seemed really familiar in the dream. I teach at uni, and I wondered (after waking up) if they were former students, people I knew long ago, former classmates, or something else. And they recognized me, wondered where I’d been. And as I pondered this dream this afternoon, I wondered if maybe I’d glimpsed some alternative reality, had my life had gone differently. If I’d skipped out on grad school and things like that and had tried to find a job with just an English BA and found my way into this conjectural timeline where I hadn’t gotten even more ludicrously over-educated.

Of course, spring just happened, and I had the chance to sit outside for a bit earlier today, surrounded by trees and wind and the city where I presently work.

I realized that the place I’d been walking through while having that dream was a particular building on the campus where I presently work. I realized that today as I was coming back from the gym and passed through that building. I walked past a couple of buildings and that sense of spiritual or dreaming familiarity came more strongly to me, especially as the season of spring erupts forth locally. I like to sit outside here in some places and just, well, watch and see and feel the wind and trees and shit like that.

You see, in this part of Texas, if you pay attention, then you can tell that forest used to cover this area. My old grad school town was mostly plains (surrounded by the wood) or is little more than what’s felt like a scoured town square. But having moved “home,” I’ve realized that I grew up surrounded by Texas “forest.”

Most people who grew up surrounded by “real” forests look at “Texas woods” as if they were, well, something juvenile and insubstantial.[2] To be fair, my part of Texas doesn’t get the rainfall that tall, majestic, fucking forests need. And, again being fair, most of what surrounds me I’d probably classify as “scrub”: thorny vines, short, stunted trees, and shit like that. But I realized one day as I went down an interstate near where I live that, well, you could see how the interstate had cut through what had once been hilly, short woods. I mean, I wouldn’t want to go overland through the thorny countryside that surrounds me. I’m mostly a city kid. I certainly didn’t grow up “country,” “rural,” or “urban.”[3] I just grew up in a place that was “home.”

I remember when I was first discovering fucking poetry, reading Wordsworth’s Prelude and feeling fucking annoyed at how boring it was—but I remember reading it and being outside in spring as the trees grew green. And my experience of Romantic lyricism comes out of that sense of slick, moist, green trees swaying in the breeze.

But after so many other things lately, I’ve been connecting with—well, I’ll call it animism in a Western, American sense. I was sitting outside earlier today, just giving myself time to feel the local landscape. I can tell it’s spring now. However, it was a melancholy day. I could feel the Wood and Trees about me. I could feel them as “setting” and as presences. I had a realization a while back about what I called Môr caraldar—in the shadow of the trees—and I could kinda sense whatever is lurking Môr caraldar—the swaying boughs & wind in my mind, the spring’s cool but still warm temperatures—and the trees existing above me almost like the canopy of my mind.

And if The Tree is a hierarchical model, I could feel not a singular Tree but the trees as a forest, moving from a singular, branching, hierarchical tree into an ecosystem. And that local forest seems often melancholy, I realized today. Maybe even resentful. I live in Texas, in the US. We don’t have “old” buildings as far as the world would be concerned. “Old” for us goes back to the nineteenth century, at the most. Native American tribes recognized that Texas doesn’t get enough rain to live here year-round: they’d migrate here during wetter seasons, and then they’d bug out when it was dry. Only colonizers thought, Hey, let’s live in Texas full time.

Anyway, our “older” buildings often were built pretty damn recently: the ’60s and ‘70s. My uni is pretty damn brutalist in terms of its architecture. Meanwhile, I live in a part of Texas that has had some damn fucking dark history. My hometown had enough lynchings back from the ‘40s through the ‘60s that, as my father put it last year, “Dallas seemed almost civilized.” My family was poor—upper lower class, at best, really—and my dad’s grandparents lived in a “shantytown.” He told me he remembered walking over a bridge over a railroad and seeing lynched African-Americans when he was an elementary school student.

But my hometown papered (newspapered?) over the countryside with its preferred historical narrative, a history that emphasized its “sleepy” lack of, well, much of anything. It tried to push its humanities and liberal arts narrative in contrast to the hated Dallas’s banker’s narrative. My hometown proffered a “golly, progress!” and “golly, enterprise & culture!” narrative over what, I realized earlier today, was really a kind of Texas gothic weirdness—and Texas racist, white supremacist historical narrative.

Anyway, today, I had the sense of my forest—such as it’s a forest to me and not to people who know the Rocky Mountain forests, or Pennsylvania’s, or Massachusetts’s, or elsewhere with big proper look, a forest! forests—but it was like my forest, an eruption of the “Green” around “old” western architecture. It was like the old neighbors who were around before all the golly, progress! and golly, modern capitalism! shit that humans papered over the Texas gothic weirdness & racist past of lychings and “strange fruit” that too many of my fellow “white people” don’t know about because towns and cities newspapered over their histories.

But today, as I felt the “nearby” forest, it was like they were the “old neighbors” who knew the truth that the city itself had tried to lie to itself about itself. But deeper beyond that, the old “dream forests” are there—

Meanwhile, I’ve dreamed of “English” forests. I have a recrurring dream of using my old passport and going to England and wandering London-ish streets. I’ve had dreams of seeing wet, slick, green, leafy trees on an English street and fucking crying. Like I’d finally found something I’d been looking for for fucking ever. My dreams would also often be anxiety dreams because my passport has been expired for-fucking-ever (that seems like a signal that I should un-expire my passport, right?), and I don’t know why I’d dream about London or English trees and fucking weep about them, other than they meant something.

Anyway, deeper, the old Dream Forests are there—and they’re here, too. I remember my family vacationing in Rocky Mountain forests in Colorado and those forests fucking taking pity on me when I thought that north on a compass meant I’d get to wherever I was wanting to go instead of ending up lost and dead in the wilderness (yes, that happened). Near the surface, the woods near me feel like they remember the truth of what my hometown considers “history,” but they also, deeper down, feel like they know more. And I take solace in my own connection to the woods. I’m a daughter of the forest, even if those woods are Texas forests where the Caddo only migrated to when there was enough water.

[1] If you were around long enough here—or if you dig far enough back—I’m getting at Haisuith.

[2] A Bostonian, Tennessean, and Pennsylvanian come to mind, off the top of my head.

[3] Even though I grew up near “urban” areas, and even though I recognize how urban became a dog-whistle for African-American.