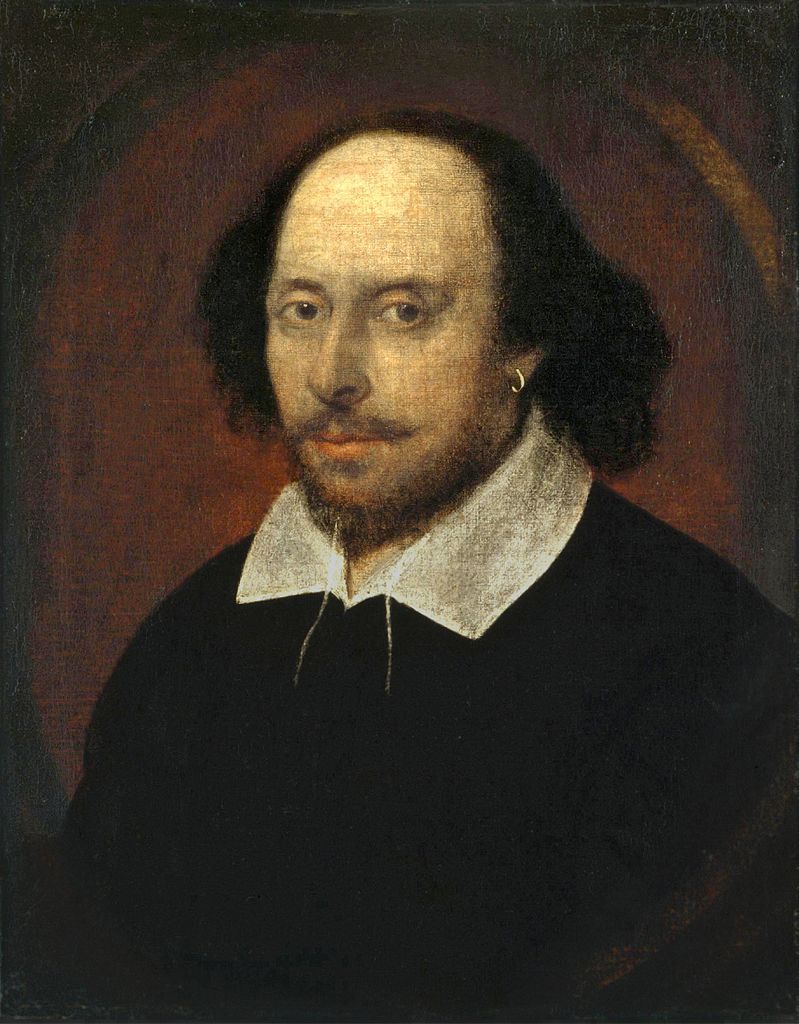 It is Shakespeare’s (probable) birthday and death-day today. Born in 1564, dying in 1616. Author of 38-ish plays, two long form poems, at least 154 sonnets–the son of a glove-maker from Stratford.

I’m of the Stratfordian school: I will argue Shakespeare was the author of his plays–in association with and collaboration with his colleagues in the Lord Chamberlain’s and King’s Men and the practices of Tudor and Jacobean drama. He was probably very much a Christopher Marlowe fanboy early in his career–I mean, just look at Titus Andronicus and the Henry VI plays and Richard III. Hell, if you want a vector for Shakespeare learning hermetic-style thinking and the power of theater/art, I’ll point to the Marlovian influence–Marlowe had the association with Ralegh and Dee and the School of Night.

Shakespeare loved words, loved language, loved theater and art. And he knew how to use them all. He managed to find a job doing what he was good at and what he apparently like doing, even if he thought the groundlings smelled.

One of the things that always appealed to me about the early modern period is how layered the writing seems to be–and with how much sprezzatura that layering seems to have been done. Shakespeare’s language is 400 years removed from us–and that’s a barrier to accessing his work, but there’re ways around it–but it makes sense on a surface level. But I can pull a layer back and find some jewel underneath, and I can keep going down, finding new layers and meanings and strata of significance. Later periods try to reproduce this layered writing: the Romantics try to do so, the British modernists try to do so–but increasingly, you can see the artifice as they try to do so. With Shakespeare I find nuance and subtlety and seemingly effortless ambiguity that writers like Yeats and Eliot and Pound and Shelley will only accomplish with obvious artifice.

That ambiguity has made Shakespeare open to appropriation, of course: the English loved to paint Shakespeare as patriotic as they used Henry V in World Wars I & II. I will tell you that King Lear is, despite Thomas Jefferson’s notions, not about how you should always obey your parents. (If Goneril and Regan are monsters, it’s because they were raised by a monstrous parent.)

One of my mentors told me that all art subvert the status quo: even the most virulently conservative work of art nonetheless holds up the status quo for evaluation and therefore critique. Shakespeare did so repeatedly, and he cultivated an artful ambiguity that kept him free of political problems, not counting the Essex Rebels’ use of Richard II, but even then, he came out fine after that debacle. Shakespeare wanted to make art and make money, and he did so. He did well enough to purchase a crest for his family, fulfilling his father’s own wishes in that regard.

And for everything else, Shakespeare has shaped American and British discourse, identity–their imaginaries–in ways that few other artists have.

So happy birth and death to Will Shakespeare. May he prosper in his Otherworldly Prospero-ic dominions.