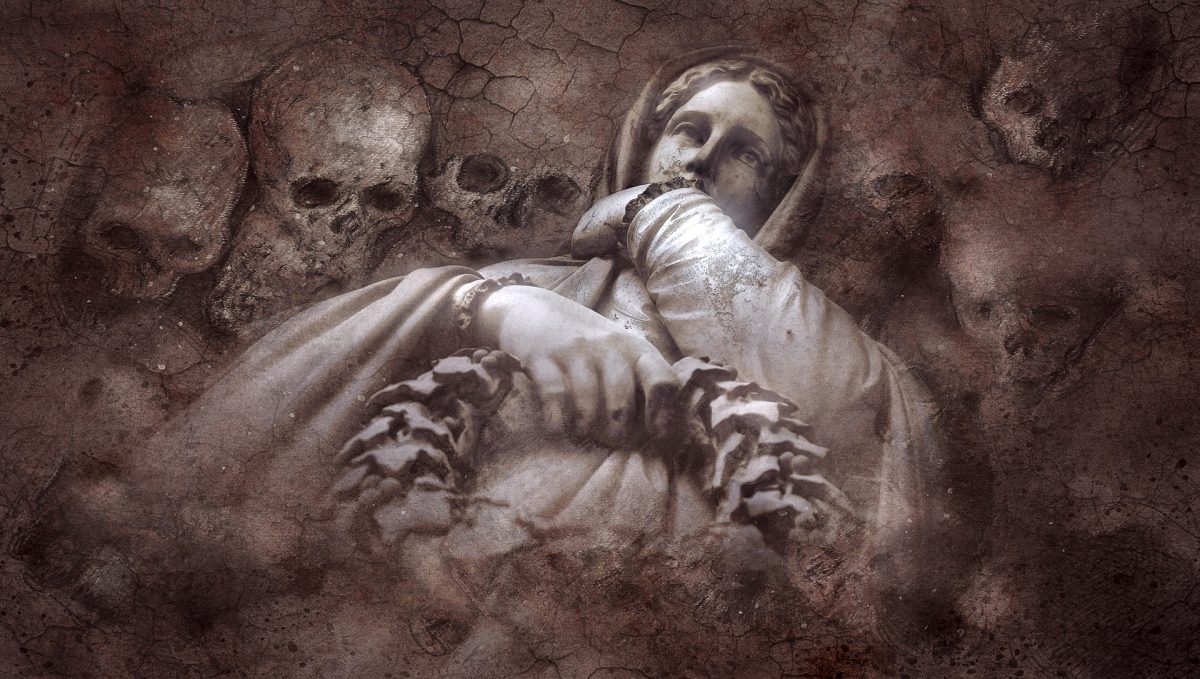 So Artimedorus came from Ephesus and lived in the second century CE, and he wrote Oneirokritikon, basically On Dream Interpretation. I first discovered him and this text back in grad school, and I’m looking at a 1755 English translation of the text, for reasons, and he offers his interpretation of dreaming of headlessness:

To dream that one is beheaded, according to the tradition of the Indians and Persians, and that the head is separated from the body, that signifies liberty to prisoners, health to the sick, and comfort to those in distress; but some having had this dream, have lost their wives, friends, and houses. This dream is good for him which is accused of any crime, and is in danger of death; but to usurers, masters of ships, or merchants, and all such as gather their money, it signifies loss. This dream is good for any doctor. He which is in a far country, and hath this dream, shall return home. He which is at law, shall obtain his suit: but in case of trespass or money, he shall be overthrown.[1]

This passage initially caught my attention because of the Headless Rite and the mythological motif of headlessness. In looking at this text, and even with the passage above, I find it also interesting how its contextual interpretations of dreams seem to parallel the different concerns of the spirit lists—

Algor…hath power to tell all secrets and to give love and favour of kings, princes, and lords…

…the spirits of Mercury:…bring all kinds of metals, to reveal everything earthly, past, present, and future, to appease judges, to give victory in battle, to teach all experiments and rebuild destroyed knowledge…[2]

—and even astrological timing, such as Hygromanteia—

From a modern perspective, I would be wary of trying to use second century near eastern cultural symbology to interpret dreams, but I do wonder about how magicians and goes and “witches” from the period may have incorporated dream work. The PGM includes several spells for causing dream visions, and Artimedorus’s work offers a reasonable snapshot for how magicians might have interpreted those visions. In a similar manner, I wonder if the imaginary corpus of dream symbolism that someone like Artimedorus describes here could parallel journeying or other trance work imagery from the period—let alone spirit contact and second century experiences of synchronicity/omens. It’s also worth noting that Artimedorus’s text circulated through European culture and esotericism for centuries along with several related texts. As William Harris Stahl noted in his translation of Macrobius’s Commentary on the Dream of Scipio,

The elaborate classification and description of dreams…was one of the most popular sections of the Commentary and caused the author to be regarded as one of the leading authorities on dreams during the Middle Ages. The classification [of dreams that Macrobius offers] is of course not original; the bulk of it bears striking resemblances to the classification given by Artemidorus at the opening of his Onirocriticon and at times would serve as a free translation of the Greek work. There are, however, marked divergences between Macrobius and Artemidorus. So we must conclude either that their borrowings are independent of each other and go back ultimately to the same source [CawCaw:or emerge out of the same cultural context and traditions], or that Macrobius has adopted the changes introduced by one or more intermediaries between himself and Artemidorus. Schedler…believes Macrobius’ immediate source to be Porphyry’s lost commentary on Plato’s Timaeus; Mras…maintains that it is Porphyry’s Quaestiones Homericae; Claes Blum…argues that Posidonius is the ultimate source of both; Courcelle…takes issue with Mras and feels that Macrobius’ source here, as well as for the passage on Agamemnon’s dream…, was Porphyry’s lost commentary on Plato’s Republic…Artemidorus’ Onirocriticon is the acknowledged classic on the subject, being a main source of the leading dream books of the Middle Ages and exerting an influence even to the present. But in many instance the adoption of this venerable classification of dreams is to be traced to Macrobius’ version rather than to Artemidorus.[4]

I would also argue that Artimedorus’s view of the relationship of spirits to dreaming, and thus to human agency, further links dream interpretation into visionary practice and spirit contact in the WMT:

Another means whereby the spirits are more able to give a warning touching things to come, is supposed to consist in the quality of the place from whence they look; for as the centinel who kept watch espied the post that hasted to the king, before all others; so there is no doubt, but (flickering aloft, and noting what is done in every part and quarter of the world) the spirits may more easily divine, and give advertisement by sleep or otherwise, accordingly. Again, because spirits are not clogged with this unweildy lump of flesh, which not only taketh off our edge of wit, and sinketh us more deep in to the mossy mould of earth, than is expedient for the sharpness our senses, but stinteth us besides to certain limits and degrees, in bringing great effects to pass, we must allot unto their share a far greater flight of agility and nimbleness in removing hastily from one coast to another; and in bringing news with greater speed than either Francis the post, or any other in the world can carry.[5]

That is, I suspect there’re layers of context from this tradition for dream symbolism and interpretation that lay buried in the European grimoires and the PGM. Antimedorus and others sought to codify this dreaming tradition and, in doing so, may have offered magicians a gallery of magical images to manipulate and remix as they needed, or to make sense of spirit contact and operative visions. If nothing else, I find it a potential way into deciphering elements of the WMT.

[1] Artimedorus, The Interpretation of Dreams: By the most celebrated Philosopher Artimedorus, And other Authors, 23rd edition, via Eighteenth Century Collections Online (London, 1755), 52-3.