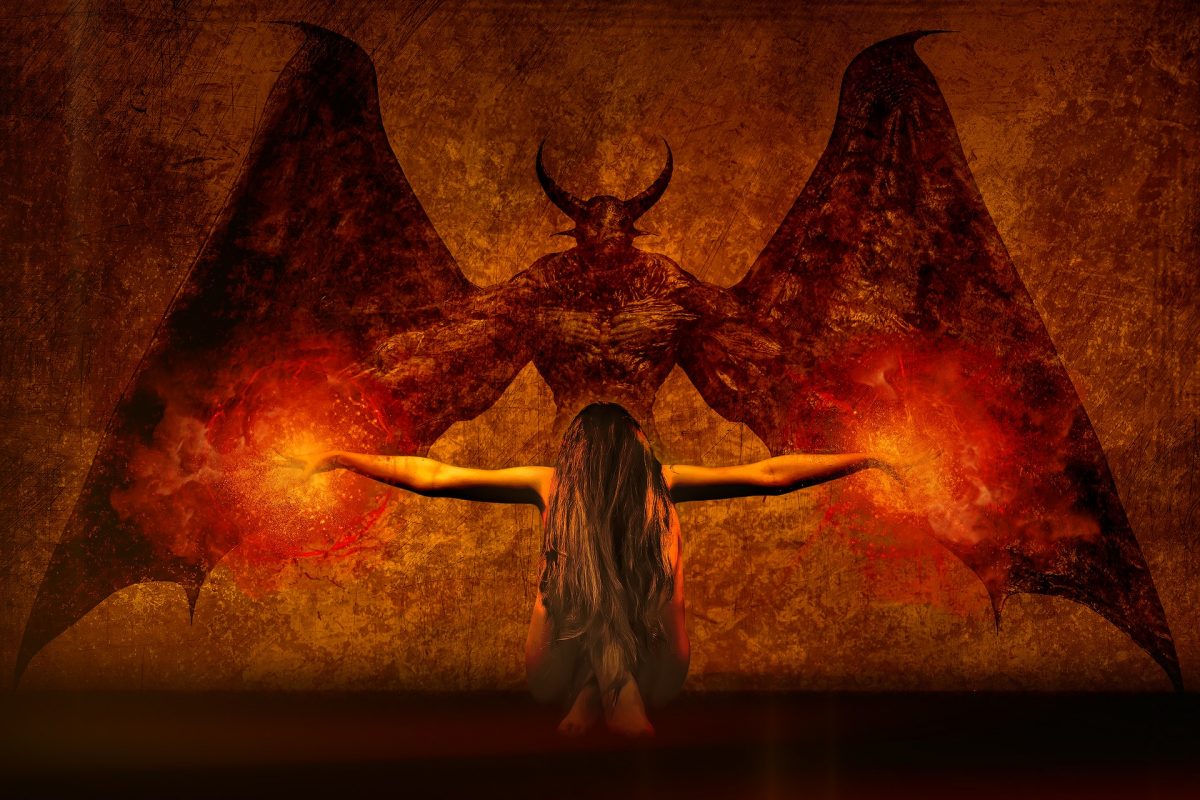 The Name of a Witch

So, I got introduced to the Devil. I started hanging out with the Devil. I got a black lynx familiar spirit. I’ve been getting tons of magical tech that’s, thus far, worked really well.

As these events happened, I didn’t make the immediate connections until a couple of days after when I realized I’d been dallying with the Devil (he’s my Devil—you can have yours). I have a black cat. I was engaging in “witch” flight. And so on.

Does that make me a witch?

Would I want to call myself a witch?

I see the Wiccans who’ve decided they own witch and have defined it in their very particular terms and within a very Wiccan and Wiccan Rede frame. And I see how the witches who aren’t Wiccans and who opt for something more like

You never count your blessings when you’re sittin’ at the crossroads.

There’ll be time enough for countin’ when the witchin’s done.

–well, they basically get told they can’t call themselves witches because they’re not Wiccan. And, to be honest, I don’t care enough to get involved in all that.

But, I have to admit, my situation looks—feels—witchy.

Previously, I remember folks going on about initiations and lineages and all that stuff. And, of course, while everyone’s willing to grant that initiations from the spirits can and do happen, they treat them like—English BAs. Well, yes, you DO have a degree—but—not really. Get this graduate certification before we treat you seriously.

Once upon a time, I imagined and pondered getting tutelage under some magician or witch or wu shih or something. Y’know, getting that Feri blue fire called down. Shit like that. But—I’m at a point where I don’t feel like I need it. Yes, well—that would’ve been nice in 1996, but I’m in a good relationship with the Devil now, and we hang out on Saturdays with Saint Cyprian and Hekate, and I’ll be talking to my friends amongst the fae later tonight—so—thanks, but I’m good?

I mean, the question of “title” or “name” for what I do with magic has come up for me. I hung out for a while in polytheist-ish spaces online, and polytheist is vague enough to be accurate. I avoided witch because it had tons of baggage and drama. Magician usually seemed pretentious—but not as pretentious as magus or such. Wizard conjures too much AD&D 2nd edition in my mind. Mage conjures too much Mage: The Ascension (and to a lesser degree, Mage: The Awakening). Chaos magician or chaote or chaos magickian—well, as much as I’m probably aligned more in that line in some ways, there’s different baggage there, too—I think most folks assume some kind of retro-1996 Anders Magick Page chaos magic-ness.

Previously, I pulled down different words that got at what I do in different ways. Aladir carries with it—for me—associations of weaving enchantments and glamours—of something a bit bardy-enchantressy-glamoury-faërien drama-y. Curuna points for me to something a bit like person of craft and skill and cunning. I can kinda work with cunning person, and there’s certainly an eclecticism to my practice that makes me think of cunning and hoodoo-y practices. Shátara and Môrtara—“light” and “dark” “wise”—are “accurate” but “vague.” And prone to scare quotes. And no one but me really cares about them.

But I also wonder how much all this is just weaponized identity politics where some imaginary census person for Official Magicdom comes along with a clipboard and says, Okay, tick off all the boxes that apply to you. Queer. Woman. Magic. Witchy. Fae. And so on ad nauseum.

I wonder how much worrying about what to call this is a temptation to label, to reify, myself, my identity, rather than describing my practice. I wonder how much the lure to call myself witch is a call to identify myself as witch.

Y’see, I’m one of those folks who recognizes that I’m not even my name. I have my name. Here on the blog, it’s Crowess. Mostly because Raveness was a bit too Ravenous and a bit too Whatthefuckness? But I’m not Crowess, Dr. Clever, or witch—I am myself. I fashion myself. I am more than this stuff.

But I have to admit that it’s kinda tempting to call myself witch. Don’t know if I will. I don’t want folks coming around and wanting to argue about it. I have better things to do.