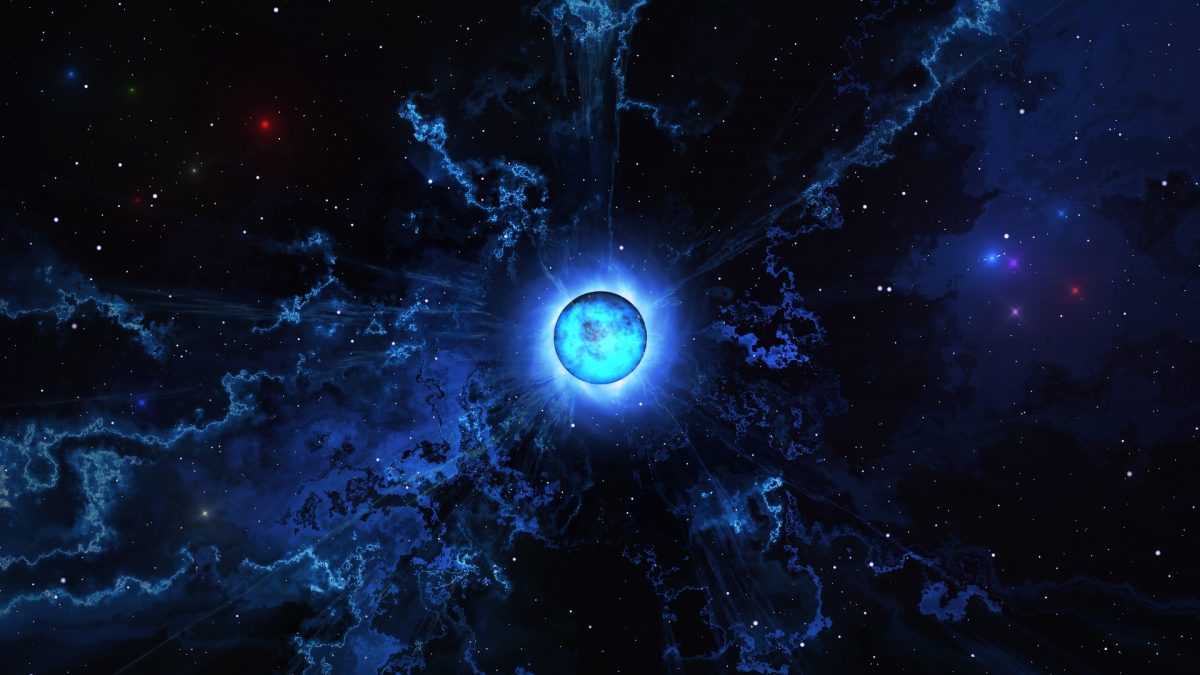 I have been doing the planetary prayers from the Hygromanteia daily for over a year now, and more recently, I have also been experimenting with the addition of the angelic prayers (that are also planetary) via the Heptameron.

I would argue that the rationale behind doing such prayers is four-fold:

Firstly, it’s about aligning oneself to astrological timing and cycles. For whatever reasons, the days of the week have associations with the different ancient planets and the luminaries. That alignment is deeply conserved into western culture and western occultism: we still name the days of the week after the planets (and the gods/spirits/intelligences associated with them). Ideally performed at the dawn of the new day, when that planetary day begins and the planetary hours for that day begin (from sunrise to sunrise), one can use the prayers to ritually mark the day and to begin aligning yourself with the astrological and enchanted, spiritual, magical dimensions of that day.

Secondly, it’s about mitigating the bad shit from whatever your astrological fortune/destiny is. There are lots of methods for trying to do so out there—the Headless (or Bornless) Rite is all about freeing oneself from the influence of “restraining daimons.” And everyone reading this is going to have a particular relationship to different planets and their aspects both at the level of their nativities but also on a daily basis. The Hygromanteia planetary prayers include an explicit adjuration to “Turn back my foul fortune. Bring me only good fortune.”[1]

Thirdly, just as you can embed and align yourself with place and breath and more—as I’ve been writing about often here—time is another thread knotted into our experience of the cosmos. And astrological logic seems to respond to how you pay attention to it and lean into it. After all, there are several astrological systems out there, and while different cultures have often borrowed and syncretized from others, distinctions persist. After all, just as you’d need to immerse and introduce yourself to a new landscape, so you should do something similar with a new temporal landscape.

Fourthly, and building off of my third point, these kinds prayers often include call-outs to spirits, gods, angels, and so forth associated with that temporal landscape. Yeah, Michael is the angel of Sunday for both the Hygromanteia (he’s the leading spirit of the day for the planetary hours) and the Heptameron (where he’s explicitly “chief ruler of this day”), but the Hygromanteia conjures the Sun by generally different names than Heptameron’s list of angels, ordered by directions on that day.[2] But, the process entails announcing yourself to the Others, getting them used to noticing you and getting used to your presence.

These are foundational praxes—they’re not going to result in fireworks or spectacles. If they do, especially early on, then that’s probably the in-rush of getting the spirit world’s attention in a new way or for the first time (which is probably what the Headless Rite’s more dramatic results can come from). Much as a good ritual to open a space should have you orienting and feeling-experiencing that orientation in relation to the spirit world and the enchanted side of your conscious world, these prayers do something similar.

And in that sense, you should also probably have some method for greeting your space/environment, and for me, that’s generally acknowledging and greeting my altar space and every one there. But you can also go outside and greet the land, the sea, and the sky. I would also combine these with regular meditation and other elements of practice that help cohere yourself, cohere your presence in the world, and connect and immerse yourself into the world.

Use a stick&#8211;a short stick. These prayers take like five minutes or less. (unclelkt | Pixabay)

I had already been recognizing that finding some way to align with the planetary days and planets themselves was probably a good idea when I began using the Hygromanteia. With a bit of inspiration from Ivo Dominguez, Jr.’s Practical Astrology for Witches and Pagans, I had decided to try going into trance and focusing on the planets individually, pulling down a glyph and something like a poem or salutation or something similar. I experimented with them, and I liked the results.

As I began doing the Hygromanteia prayers, I didn’t want to abandon the material I’d already done, especially since it occurred to me that those planetary “poems” reflected very much my personal intersection with the planetary influences. So, each day, I would use a phone app to locate the planet in the heavens, at least so I could orient towards it—the act and effort of directing my speech to the planet in question. I would then light some frankincense, perform the Hygromanteia prayer, follow up with my particular planetary invocation, then begin closing with my name for the planet and its usual name, and conclude.

In this sense, my experience has been a bit off-book (or more than the book) from the beginning. Over all, in my experience of doing these rituals, I have felt far more as if the days have a rhythm overall, and in moving more so with that rhythm, I have felt far less often either of two (admittedly subjective) ways of experiencing the week:

Neither experience is particularly pleasant.

I would also observe that I often have particular responses to the Hygromanteia prayers, especially if I also try to see the planet as I do so, and I’m usually facing the planet thanks to my phone app. I will conclude—with that Amen—and I have often had the sense of being drawn upwards, and I will already often find myself rising on one leg, and the heavens-ward motion there is notable to me. I have had the sense of drawing up (drawn up?) into a space where I am with the planet in question, at least briefly. Of course, we can call that space space—the Sol System, specifically—but it has often seemed more like being under a celestial “dome.” As I think on it right now, I suppose it’s rather celestial spheres-like in nature, at least as an “idea space” (as much as that phrase means anything distinct from idea and space already).

I knew I had a Michael buried somewhere here on WordPress.

For me, the Hygromanteia prayers typically entail rising to or aligning with or harmonizing with a planet’s cycle during the week. Jupiter doesn’t respond, so much, though sometimes I will have a flash of a figure. When Saturn entered Capricorn, I went a bit more specifically visionary, timing to the minute of the transition and launching into the Orphic Hymn to Saturn as a form of “planetary diplomacy,” as a kind of “Hey, welcome to your abode! Who was here to welcome you? Me.” Some frankincense and myrrh, paying attention to the timing, an Orphic hymn—

Yes, I was sucking up to Saturn. But, I actually got a rather “Who has done this thing for me?” response that was actually rather touching and affecting.

But the daily Hygromanteia prayers aren’t so much interpersonal, or they haven’t been for me. However, the Heptameron are explicitly directed to angels and, in particular, the angel ruling each day.

I began on a Sunday—Michael rules Sunday, of course—and as I went through, it wasn’t until I concluded that I felt that familiar breath that spirit contact can take for me. But the first time, it was a bit more of a—sigh? Even a bit of New phone—who this? I got similar responses up until Wednesday and Raphael—who seemed rather more familiar and maybe even expectant. And as I’ve done these prayers the last several weeks—generally right after I do the Hygromanteia prayers—they have almost always seemed responsive and present. After that first week or so, Michael even warmed up.

I don’t have to do both, and I feel there’s an unnecessary complication in doing so, but I’ve been doing both. I take advantage of the Hygromanteia’s planetary hours system, wherein each hour has its “demon” (who does the work) and an accompanying “thwarting angel” (who gets the demon to do the work without being a dick). But I have found the responsiveness of the Heptameron angels interesting. I have to admit, I had another angelic experience that probably spurred/inspired me to give it a go in the first place.

Now, I have to admit that a year or so ago, I wouldn’t have done the Heptameron prayers. Hell, I had begun with a tweaked version of the Hygromanteia prayers—a bit de-“Christianed”—but I restored the original prayers and kept doing my little UPG addition. In my experience, few things have been vehemently “Official Christian,” and in paying attention to my nominally non-Christian, “pagan” allies—they’re not always on the same page, but I’ve had no one call out “NO I CANNOT WORK WITH SAINT SO-AND-SO OR MICHAEL OR WHOEVER.” I have found some more willing to cooperate than others, but it has seemed far more like an ecosystem or even a cosmopolitan, well, cosmos, than some kind of Jets versus Sharks, Christians versus non-Christians. I can’t call it “diverse (spiritual) culture” so much as a broader metaphysic and cosmology that can accommodate both and more.

Of course, morning prayers have often been a thing. Even Regardie and Crowley adopted solar adorations at dawn. The First Knowledge Lecture in Regardie’s big The Golden Dawn brick points to using the “Lesser Pentagram Ritual” to begin the day. There’re the Liturgy of the Hours.

If nothing else, I feel fairly sure you could develop your own, if you’re so moved. I did so by finding photos of the planets, trancing out, and doing my best to pull down some kind of visionary glyph and song or poem. I mean, make sure it “sings” for you, that it resonates well enough.

[1] I’m pointing to Ioannis Marathakis’s translation of the prayers in the various manuscripts that constitute the Hygromanteia (2011).

[2] I’m explicitly pointing to Peter de Abano’s version, and his version appears in several grimoires throughout the grimoire timeline in western Europe. For convenience, I’m linking to Joseph Peterson’s online edition, but amongst other places,  it also appears—with variations—in the Folger manuscript published as The Book of Oberon (edited by Daniel Harms, James R. Clark, and Joseph H. Peterson) and The Goetia of Dr. Rudd (edited by Stephen Skinner and David Rankine). In my practice, I’m using a version adapted by Gordon White.