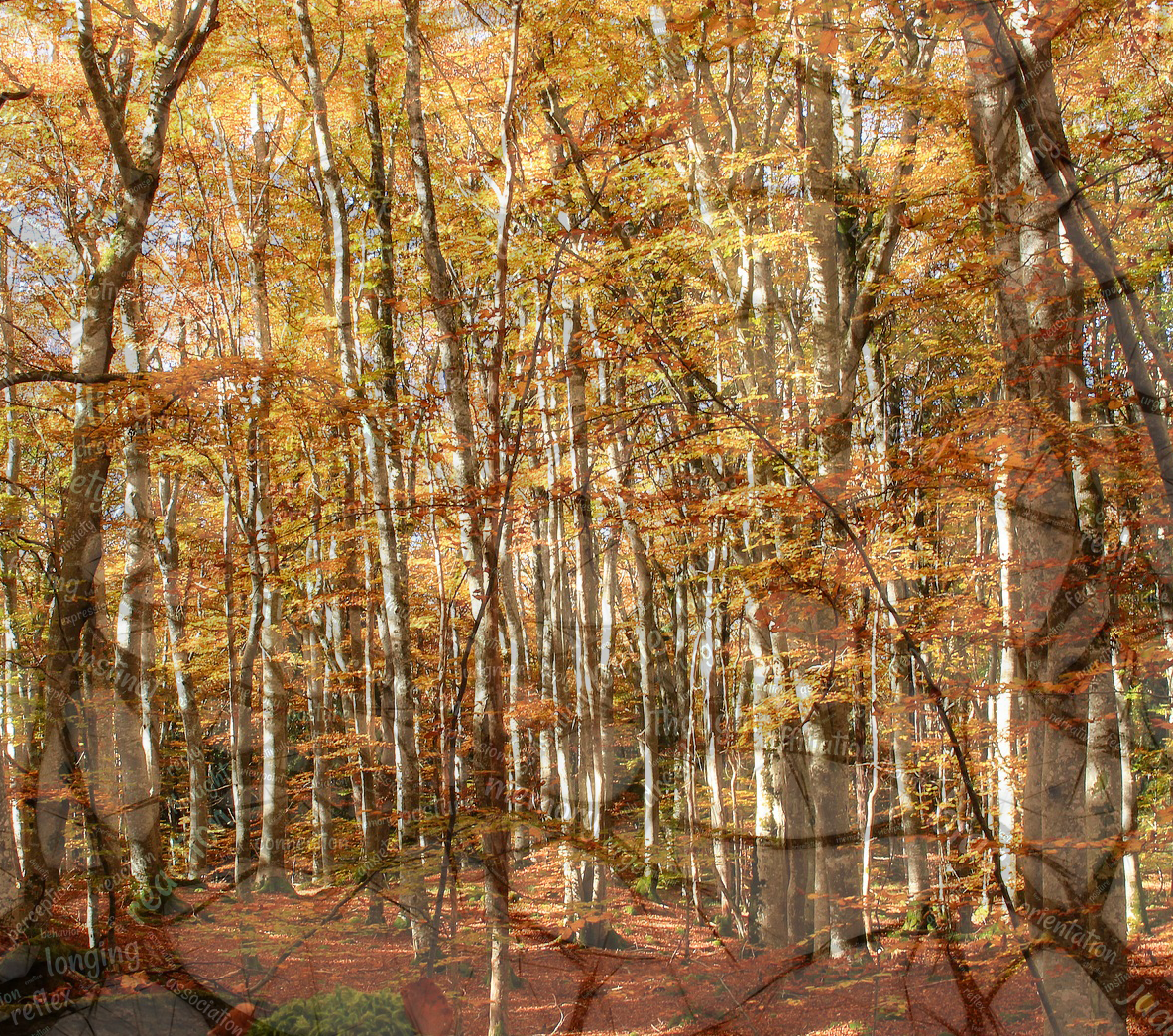 I think most folks would accept that we use cognitive tools or technologies to enhance our consciousness in various ways. For example, oral formulaic poetry—like the Iliad or the Epic of Sundiata—where different mnemonic techniques and spoken formulae allow for the recitation of very long texts from memory. Indeed, these oral works have an often dynamic, perhaps even procedural quality, as the reciter uses the formulae to generate the spoken text from an organic memory while adapting on the fly for particular audiences and offering different emphases. Where books allow us a prosthetic where we can extend our memories onto physical media in relatively concretized forms, the oral formulae allow the extension of memory and literary authorship onto something far more subtle: mnemonic formulae.

For another example, I might point to how we use conceptual apparatuses like, say, algebra, to extend our consciousness and cognitive ability for understanding particular kinds of mathematical (and derivable) relationships. Algebra is a “system” through which humans use “a set of” conceptual “objects together with some operations for combining them.”[1] In a very similar manner, language provides us with the means to extend how we consciously communicate with one another, let alone how we frame our lives.

I feel like it’s very easy to view this idea in rather banal terms: it’s such a fundamental component of how we live and think that I can’t but help imagine many of you going, “Well, duh.”

However, I think we insufficiently recognize the haunted quality of all of these cognitive technologies. I recently pointed to how humans can “off-load” or extend consciousness onto trees, environment, and more, and, to be fair, the non-human and other-human also probably off-loads or extends consciousness into and through us. Many folks have seemed witchily amenable to that proposition, probably because many of us like the idea of a haunted landscape, or maybe even a haunted cityscape.

But what about haunted algebras and poetries and logics?

The Horatian adage that poetry should instruct and delight, that art should serve a didactic function, has obviously a long pedigree, and it remains the implied justification for many tedious instructional, training, and educational works of “art,&#8221; as so:

More interesting, by far, and perhaps more illustrative, are the works that delight and instruct—but not in the way that official authority approves of. Cultural elites have been complaining about the corrupting power of drama since well before violent video games and movies. We know that art has the ability to provide models for behavior (or perhaps to model behavior). The Puritan antitheatricalists attacked the theater in the Renaissance for the immoral behavior they saw drama inculcating in audiences, especially non-dominant audiences (i.e., in the West, women, youth, the lower classes, other races, etc.). Theater modeled the “hypcriticall faining of lyes.”[2] Theater “gainsaid” and mocked official authority and law enforcement.[3] Theater muddled social distinctions and provided opportunities for lower class audiences to “judge” their betters’ “faultes.”[4] This latter accusation makes me wonder how the theater provided an instrument for audiences to extend their juridical, political, social, and intellectual consciousnesses beyond what they might have possessed, providing them a proxy consciousness in which they could judge the actions of the upper classes and estates. That said, someone fashioned the conceptual, aesthetic apparatus through which the audiences extended their consciousness, and we also know that authority has sought to fashion apparatuses that provided audiences prosthetic minds with which to view the world. Thus, ideology.

Many of these critics viewed theater in diabolic terms, in magical terms. Stephen Gosson termed theater “the table of Idolators,” enduing images and actors (players), props and theatrical settings, with occult significance. The Horatian use of poetry to instruct and delight (a spoonful of poetry makes the moral lessons go down—to paraphrase Sir Philip Sidney) took on demonic dimensions as the witty dialogue and “Poetrie” in plays could “wonderfully tickle the hearers[’] eares.”[5] Theater becomes a medium for the Devil to afflict “the eye[s]” of viewers.[6] In a very real sense, then, just as the theater and art could provide a subtle system of signs and symbols that audiences could extend their consciousnesses through&#8211;so they could imagine and think and experience things otherwise beyond their ken&#8211;so too could the Devil (or at least what the Puritans and official authority used the “Devil” as a container for) extend himself into and through  audiences.

If you find my analogies here perhaps too metaphorical-playing-at-reality, then let me reorient to an example from a different direction. I also have found myself considering the question of what even is “faith.” I noted to Gordon White that my predominant experience of the topic of faith has been an American Protestant concern with the reality of God’s existence. However, he pointed me to how early constructions of Christian and classical faith focused more on epistemological concerns, pointing to those underlying assumptions from which knowledge can flow to us, or through which we access knowledge or wisdom. Building on White, Bryan-from-Berkeley suggested I consider the etymological roots for faith in the Christian tradition, which is the Greek pistis. As I considered pistis, I found myself connecting it back to my thoughts on extending consciousness to art.

Pistis comes from a Greek root referring to persuasion, and Wiktionary conveniently points me to several related and suggestive meanings:

Wikipedia also points me at Pistis as a personification or deification of “good faith, trust[,] and reliability,” while also having a strong basis in rhetoric, especially enthymemes. Now, pardon my classical rhetorical jargon here, and I’ll oversimplify enthymeme as an argument grounded in cause-and-effect logic, often with implied or assumed premises. I’m by no means an expert in classical rhetoric—though I have some experience with it. However, as I squint at meanings 1-8 and the divine Pistis and pistis as an early Christian take on faith, I can see how they come together. What assumptions about God do we make, about the world and human nature, and so on? Do we assume God is omnipotent? Omniscient? Omnibenevolent? Do we assume humanity exists in some state of sin? How do we define sin?

Now, I would put to you that just as art and theater can model supposedly aberrant behavior—in the Horatian mode, an artist can even model decorous and acceptable behavior, so that audiences and citizens and youth extend their social consciousnesses into and through the stories circulated within the culture—so do the rhetorical premises that underlie religious and spiritual reality provide a similar medium through which humans can extend their spiritual consciousness, if indeed distinguishing aspects or forms of consciousness is a useful enterprise. And just as “the Devil” can work his way back into audiences, or some spirit(s) haunting the discourse and cultural logics in play, so too do the angels, demons, saints, gods, and more haunt religious and spiritual logic. Remember, despite what Star Trek tries to tell us, logic just means a system or mode of reasoning. Logic always has underlying premises.

The spirits of logic have their natures, and we take them into ourselves—or at least mingle with them and become hybridized—as we extend our ability to think and feel and experience through them. And, well, I would probably argue that if we want to grant agency and personhood to the forests and lakes and winds—or to the spirits (however we choose to define that personhood) that move through or are of them—then we should also extend similar personhood to these “ideological” spirits, these less object-oriented or physical media through which we can extend our consciousnesses.

But, at that point, I&#8217;m suspecting that our metaphysical logics and apparatuses&#8211;our Kircher Trees of Life, our gematric numerancies, our sacred languages and alphabets, our various holy texts and rites&#8211;they&#8217;re all conceptual objects that we off-load our consciousness into. And just as we should be wary of how we let media into us, how we allow media to move through and populate us, whether Facebook or most anything else, so too should we interrogate not only our spiritual logics and structures for how they model us, but we should consider how they&#8217;re all alive and how others use them for or against our interests.