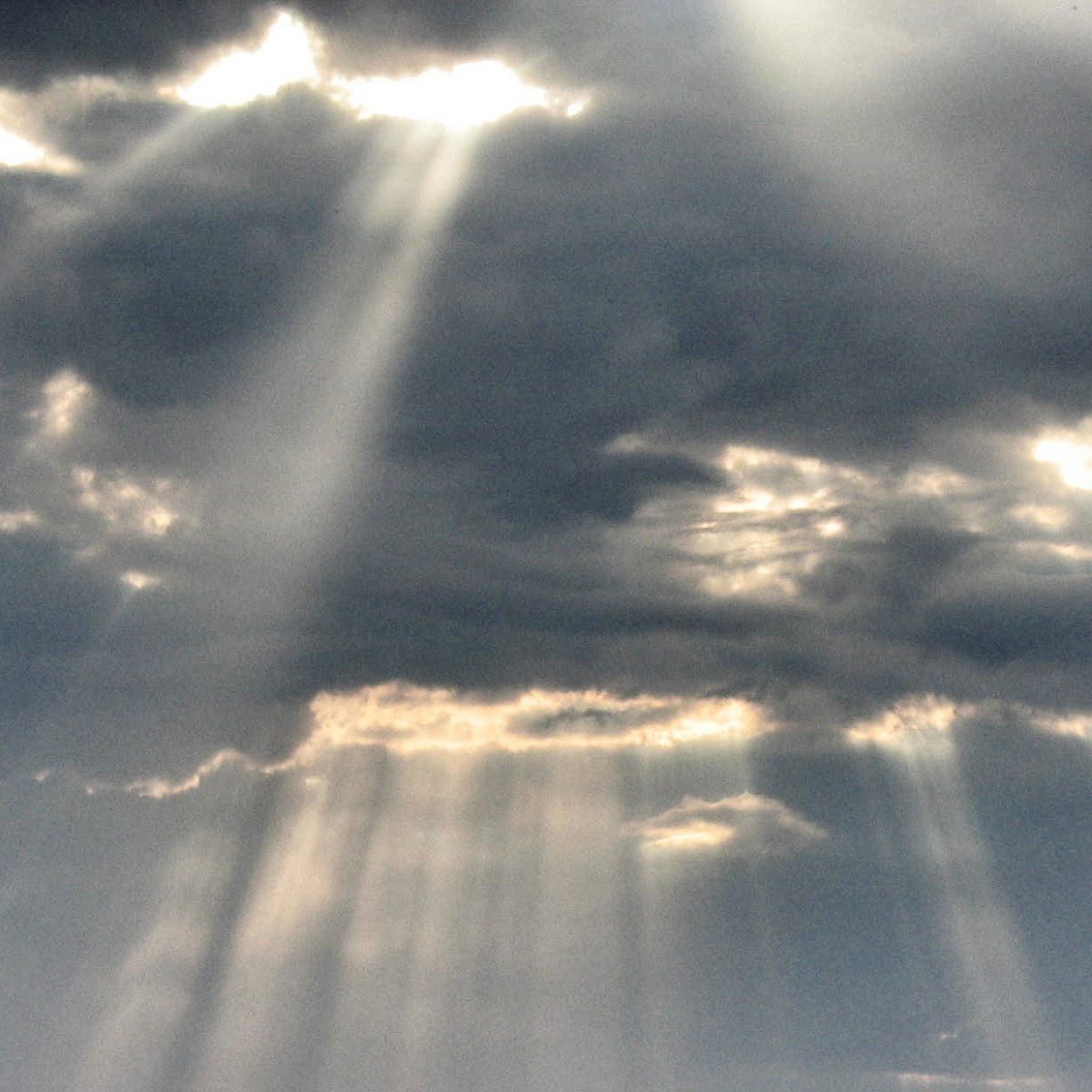 I was listening to friends discuss “enlightenment” earlier. It’s one of those conversations I try to avoid getting into myself with said friends—the virtue of Keeping Silent has become something I’ve noticed myself doing more (sometimes, at least)—mostly because in my experience my perspective winds up being perceived as aberrant, atypical, or relies on my own experiences. But, it was a topic and conversation that spurred my own reflection on the subject even as I know I’m not “enlightened”—or, I have not “attained enlightenment.”

I mean, with this kind of topic, you first must acknowledge that you probably only have half a clue at best what you might be talking about, and you have to acknowledge that folks “define” or at least have different ideas of what’s involved in “enlightenment.” It doesn’t seem to be a rational thing: it defies definition and categorization and a lot of wording, or at least the culturally-determined tools we have to bring to bear.

It’s often seen as some end point, some teleological state. Bam. You’ve completed all the requirements, huzzah, you’re now enlightened! I think in the west we then tend to imagine any of several things then happen—

Firstly, the person “ascends” to a “higher plane”—they go to some Enlightened Place. I don’t think we usually imagine Heaven or Paradise—those too often are framed as moral end-points, rewards. That said, I think about the images that have come to my mind for imagining that “higher plane” or Enlightened Place: it’s usually an expanse of white and light (it is enlightenment, not endarkenment). I wonder if it’s less some nineteenth century notion of monism, though, and more that state and place is undefined. Or, where I am now, I wonder if it just seems like an endless expanse of white light because my consciousness hasn’t adjusted to the brightness. If you let your eyes adjust to enlightenment, does it look like a brighter, higher contrast, higher color saturation Universe?

Secondly, the person sits and contemplates the Infinite Stuff of the Universe for Eternity—there’s often a sense that the person stills and sits and meditates for eternity, or they achieve “perfection” and just…stop. They’re unfazed by anything. They’re no longer affected because they’ve achieved communion-unity-identification-knowledge whatever of the cosmos. This imagining of enlightenment strikes me as kinda half-there. Enlightenment seems to have a heavy perceptual element to it: I mean, light is involved, somehow. I do wonder if in imagining this version, we mistake something else for stillness and perfection: if the person is contemplating the infinite cosmos in its infinite space and time and possibilities and more, then what they’ve really done is unite Above and Below. We may see a person sitting, unmoving, but their body and consciousness is effectively the whole cosmos at that point, always in the busy motion of the universe but also always already there.

1 and 2 aren’t mutually exclusive: These kinds of enlightened beings seem to avoid hanging around the visible human world, and maybe they vanish by ascending or because our human world can no longer contain them or because such a state cannot be achieved while “mortal.” Maybe.

Thirdly, the person gains superpowers as they are radically changed, are in fact filled with some kind of light or energy or Enlightened Stuff that makes them enlightened. I hear apotheosis and god and similar concepts thrown around in this imagined version. This is often heroic enlightenment. Neo dies, comes back to life, and suddenly kicks Agent Smith’s ass without exerting himself: this is typically seen as Neo’s enlightenment moment. I also can’t help but think of transfiguration, which carries with it spiritual, idealizing, rarefying associations, just from how Jesus is described: “And [he] was transfigured before them: and his face did shine as the sun, and his raiment was white as the light” (Matthew 17:2) and “And his raiment became shining, exceeding white as snow; so as no fuller on earth can white them” (Mark 9:3). It’s not unsurprising that the virtuous dead are often seen as “enlightened,” as shining with otherworldly, divine, or heavenly radiance—the Pharaoh goes on to become the divine sun in the Dwat, after all, and 1 and 2 are also applicable here.

Of course, many traditions note that superpowers are usually a side effect of the road to enlightenment: siddhi or magic powers and things like that. The usual caveat is that such powers are typically a “distraction” from whatever process is involved. Of course, it’s awfully convenient for established authority if those pursuing enlightenment don’t disrupt the status quo with beating up an archonic agent or resurrecting the dead or anything like that. There’s also something to be said for, well, if you’re enlightened, such powers are just part of your life at that point—less “magical” in how we usually think of the term than as “natural.”

These are still not what enlightenment is so much as ways of imagining how we might describe enlightenment. You can also try to define it in terms of what it is not. I can imagine that an enlightened being can become angry, but I don’t know if they would be enraged or furious. I don’t think they would be fearful. Even were they to be angry or afraid, I think they would typically still be composed and unperturbed even as they could be sympathetic and compassionate, but maybe not empathetic—I don’t know they would want to identify emotionally with the unenlightened even as they would probably be willing to suffer with (compassio) or to have sympathy for the plights of others. I don’t think they would be greedy or materialistic—certainly not petty, I wouldn’t think.

In general, I think most folks see enlightenment as an on-off, binary state: you either are enlightened, or you’re not. But, as I was thinking about it while friends were talking about the idea, mostly in a storytelling context, I found myself thinking about 1-3, perhaps especially 1 and 2, and I wondered what it would be like to live in the world as someone enlightened—or maybe enlightened-ish. In which case, I would argue, enlightenment is probably more a slider than a flip-switch.

And, well, there’s also the question of what even is the light that en-lightens the enlightened? We seem willing to grant that it’s not just photons, at least in the usual materialist science sense. Nineteenth century and New Age ideas about spiritual “light” are probably more on the mark, even as I suspect that we’ve wrapped up too much morality into this idea of light. All light that we know of comes, “spiritually” or “otherwise” (if there’s ultimately a difference) from the Sun, Moon (which of course fills her orb from the Sun), and the Stars. And all that stellar action and light has resulted in everything that exists and everything that lives, that has ever existed or lived, and that will ever exist or live.

The realms of limitless light are the lives and deaths and new lives of stars across eternity. And we are already a part of that light, are made of that light—both in our immediate circumstances and before now and after now and in whatever post-mortem spiritual reality we will find ourselves in. And that light is then also in every other human and every other living thing—and, well, most every other thing. The stones are born of (and thus live through) the same light as we are, and the plants are there taking in light and so on.

We already know this, in a way. Insert Carl Sagan talking about star stuff, and folks talking about how we basically eat—and are—transformed sunlight.

Because that’s something else that often seems to recur in imagining how one “becomes enlightened.” The person who grunts and squints and tries really hard doesn’t usually get anything except a headache and frustration. Indeed, enlightenment seems so effortless once found—we often find it, I would say, more often than we achieve it—and it seems as if we have to look at ourselves and the world in a particular way. Indeed, it’s almost as if we have to perceive that light already everywhere.[1]

There are many stories of folks meditating for however long or experiencing whatever austerities for however long in order to attain some kind of “enlightened” state, and I don’t think it’s some kind of progress bar or accumulated meditation minutes. It’s not “Oh, do your Headspace meditation for 500,000 minutes, and you’ll be an enlightened master.” It’s not “fast for 700 days on just water and sunlight, and you’ll be enlightened.” It strikes me as more trying to relax and still your conscious, busy, yakking mind or to see past the way you’ve been seeing for all your life until you start finding that “light” and how it’s all around you and how your consciousness interacts with and shapes and is shaped by and blends with the light that’s making up everything. In other words, you have to get over yourself.

But, if you can do all that, if you’re living in the world (and in whatever experience of the world you have after death), and if you’re experiencing the world in such a way, then, well, you might as well be enlightened. If nothing else, you’re no longer living a materialist, let alone dualist life. And, at that point, I think most folks can imagine trying to do that more and more rather than trying to find some way to spontaneously ascend during their lifetimes (and knowing frustration) or to try to rig some post-mortem apotheosis where they’ll be Bodhisattva Jones for all eternity. Maybe you won’t be ENLIGHTENED like Neo or Jesus or the Buddha or Gandalf the White, but maybe you’ll become more enlightened and will notice more the light already all around you. Maybe you will live in the world in ways that seem magical and superpowered, compared to others. And, maybe your life will feel more real, more authentic than it did.

[1] That said, light mysteries are tied into darkness and shadow mysteries (which aren’t the same things). Mortals cannot stand in the sun all the time, nor does the sun shine all the time. We have to seek shelter and find shade in order to thrive, and light must condense into matter, or at least form, in order to cast shadows.