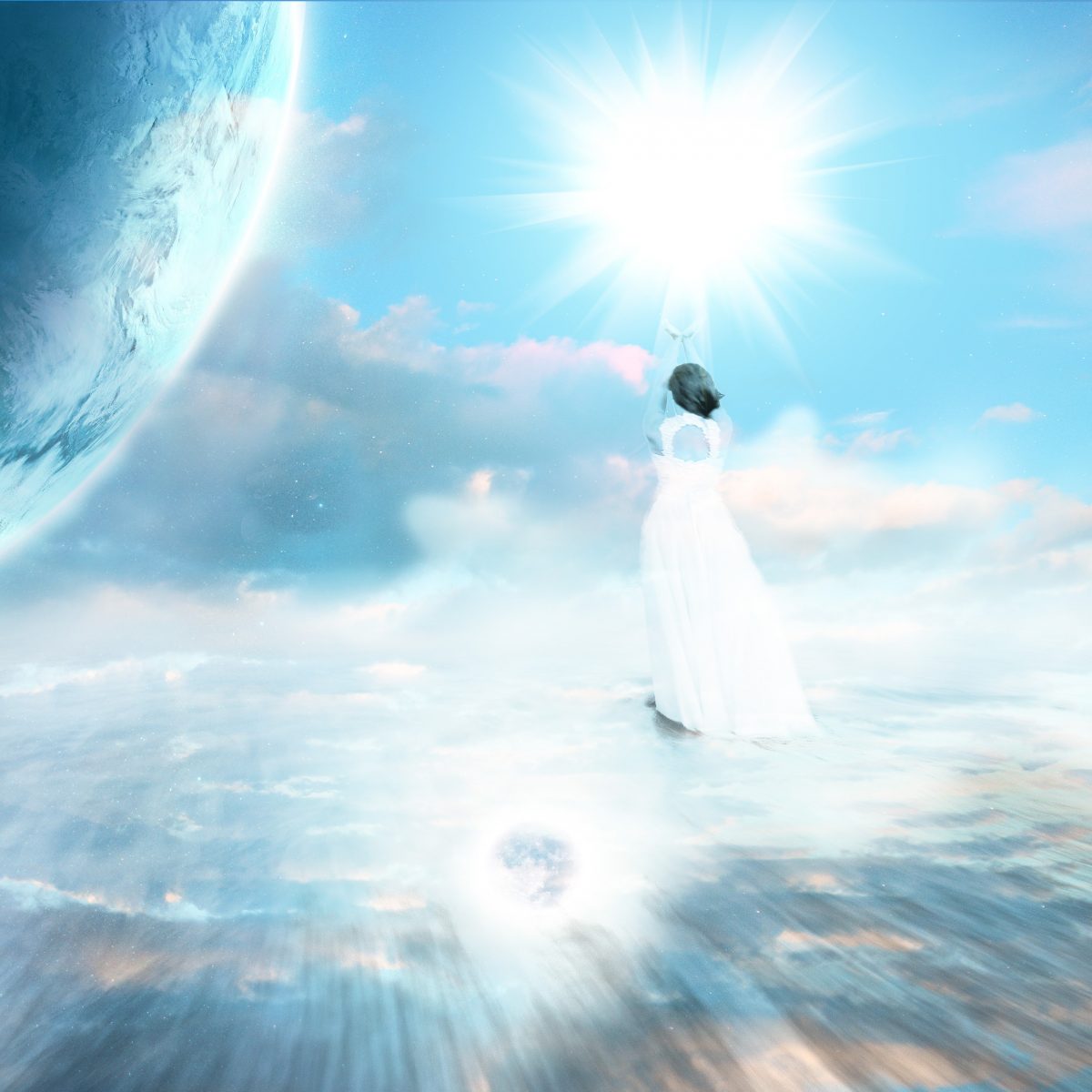 It was a busy October, and it’s been a busy first third of November. Lots of magic going on. Lots of spirit contact going on. In the lead up to Halloween, I had more, and more explicit, synchronicities happen to me than at any other point in my life thus far. These synchronicities have resulted from specific spirits coming up against my perceptions and erupting into my life.

Where to begin? Longtime readers know I’ve been fastidious with my magical and dream journaling. I reached the point finally where I began to be able to use that mountain of information to notice trends, recurring synchronicities at particular calendar points, especially—in this case, Halloween. I’m reminded of Paul Weston’s work with leaning into recurring motifs from one’s own personal calendar—see his psychic questing and calendrical adventures in Avalonian Aeon and Atargatis in particular. I noticed that, over the last five years, I kept having rather pointed spirit contacts and dreams on October 31. With this recurrence in mind, this year I wound up performing several rites that aligned with these calendrical synchs while also leaning into the possibilities that had been looming for me given Venus Retrograde in Scorpio.

Halloween came and went. I honored my ancestors. Earlier in the month, I had performed an ancestral elevation rite that I adapted from Chiron Armand. That had seemed to go very well, and on Halloween, I opted to do an Hermanubis rite for a feast for the dead. I also offered up some treats in my ancestral shrine. However, what wound up preoccupying me that day, and in the days before and after, was a particular operation with a particular spirit.

I won’t go into too many details. I will say that the ritual for me assembled itself from those synchs and calendrical motifs and from my ongoing praxis. But all that seemed to go well. The ritual and the surrounding rituals seemed very powerful and visceral.

Along the way, as part of the syncs in question, I had been gifted two tarot decks by my friend over at Mist and Ether, including a miniature edition of the Tabula Mundi tarot. The deck arrived on the day I realized (thanks Gordon) I could consecrate a tarot deck to facilitate communication with the spirit. It seemed a rather apt deck, too. (My experiences with the spirit also have led me to acknowledge I need to go back and try to finish reading The Red Goddess, despite my issues with several parts of that book.) I wanted to mention this particular synch before moving on, though.

The rituals done, I found myself wondering when the positive blowback would land. Some folks I know were getting apparently rather dramatic results. But I wasn’t seeing what I either expected or, probably more accurately, wanted. I tried to avoid jinxing what might have been going on, tried to emotionally slide past such thoughts even as, well, I wanted my damn results.

I continued to have entangled dreams, with pieces of magical tech being floated up at me in pointed terms. Indeed, I got a “Hey, consider Saint Expedite. Expedite. EXPEDITE. EX-PE-DITE. Look, remember this, okay?” I later got a name that seemed to have been an apt reference to a spirit in the Grimorium Verum. I also had plenty of journeying action going on that has been very much tied into where Venus Retrograde pings on my chart, which my student astrologer friend had, with genius, pointed out to me and which I ran with.

But it wasn’t until I was catching up and trading notes with another friend that I realized, no, really, the kinds of things that I’d been looking for were happening, had been unfolding. Indeed, my friend had even been noticing similar kinds of results. They weren’t the super-dramatic results I may have thought I wanted. Indeed, they seemed subtle. It was only in talking with her that I recognized we were both getting “subtle,” yet real, results.

And by “subtle” I don’t mean “illusory” or “rationalized” or “marginal.” My conversation with my friend wound up becoming a new and pointed synch that had me realize that a lot of what I’d been asking about, had been petitioning for, was indeed coming forth. Hell, several outstanding enchantments that had seemed stalled for months were starting to move.

After my conversation with my friend, I pulled out the deck I’d consecrated as exclusively that spirit’s “phone,” and I offered up some sandalwood. Now, the first time I’d tried out the deck, oh yes, it was live. “YES, IT ME.” The tarot-mediated conversations were quite clearly plugged in, even if sometimes I feel unclear on what precisely I’m being told. But, as I called in this last time, the cards were very much on target, and I remarked to the spirit on the seeming subtlety of the results, but—well—that’s not really the right way to describe them.

I recognized that there was a profound gentleness in how the spirit was manifesting their presence and their influence in my life. It was as if the spirit said, through the cards, “Look, your life is a complex weaving of a thousand million different moving threads, and it does not suit my agenda or yours to take too heavy a hand in it, a hand that could prove far more destructive than either of us wants.” (Yes, we both have agendas.) Even as roads were being opened, were they to let everything run riot at once—well, things weren’t ready for that, and I wasn’t ready for that, at least in the visible, dramatic way I had convinced myself I wanted.

Beyond that gentleness, I also had to recognize that the results were coming forth into my life in ways that I might’ve ignored if I’d not been leaning into the season, the enchantments, and the contact. I could even have mistaken them as “happenstance,” “impulses,” “notions,” and similar rationalizations, and had I done so, I might have let the results and their opportunities pass by. It’s hard to describe, but the results were looking like living my life. The results didn’t immediately look like the spirit and I had been scheming hijinks and opening abyssal portals for treasure to pop out. The results looked like my life unfolding, day by day, along increasingly new paths. From another perspective, I’m also reminded of inertia: it can take time to change the velocity—the speed and direction—of a body. More force would speed things along, but I would probably get hurt or things could spin out of control, all helter skelter.

It was gratifying yet humbling to recognize the gentle hand they had extended, are still extending. They also had been pointing me to gentler (and more immediately actionable on my part) forms of magical tech relating to what we are trying to get at.

I have also had to appreciate the seeming subtlety that this kind of action and its results can have. I have to recognize that that seeming subtlety demands a deeper, more reflective and attentive perspective on how my life and the threads lining with it unfold in the world. The spiritual, imaginal, archetypal world is always already erupting into my life. To think of my life as imprisoned in technocratic banality, as enervated of wonder and magic by late stage capitalism and social media and work—well, to do so to myself is to enchant my own prison on behalf of those technocratic edgelords and the hoary patriarchs of orthodoxy. The time is looming for anarchic refusals, even as I must still negotiate and navigate the dangerous countries of technocracy and horror.

Finally, in avoiding sending my life all helter skelter, the spirit requires—quite gratifyingly to me, on reflection—my participation, my attention, my intention, my willingness to pursue my desires so that I am co-creating the enchantment and the life that results with this spirit rather than ceding control to them. I don’t presume I’m an equal partner, per se: their perspective and power is more immediately expansive, even as my spirit has been growing more aligned with my incarnate experience here. But in becoming that kind of practitioner, I make myself someone who can probably better find my way through those countries and through these times.