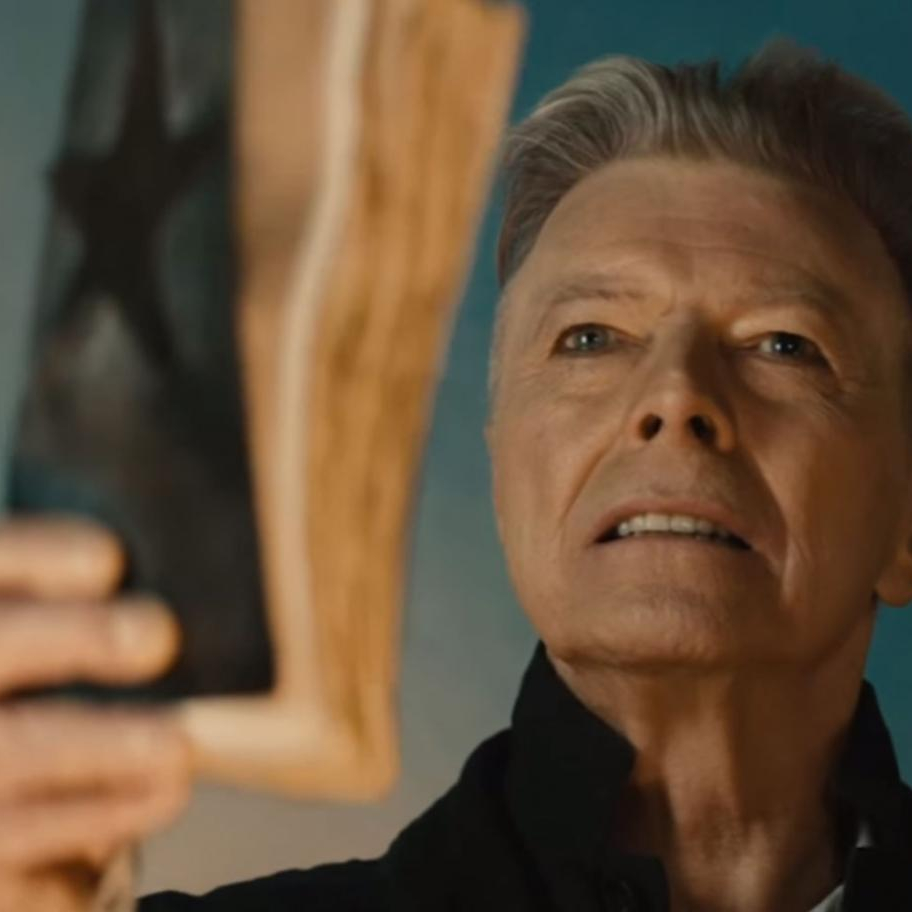 I mean, I’d always dug certain stuff by Bowie, but I was a late bloomer for Bowie. I mean, yeah, Labyrinth, “Under Pressure,” “Life on Mars,” and such I’d liked, but I didn’t deep dive until January 10, 2016 when I heard the news he died. I felt sad about that on its own, but I found out then that he’d released Blackstar very much as his quite intentional final art. So, I found the “Blackstar” video on YouTube, watched it, and I just started crying. And I spent most of the day watching it and crying more. I moved on to listen to the rest of the album, then I listened to a bunch of Bowie in the days and weeks from then.

This isn’t a post about how I’m such a huge Bowie fan or anything. Like I said, I was very late coming to him.

I have my own particular readings on “Blackstar.” I won’t belabor you with many of them. I think the video and song work best when you let the imagery and lyrics lead you on whatever journey will matter most to you. That said, I’ll offer a few thoughts I’ve had over the years.

Like many things Bowie, the video and its characters feel very genderqueer and non-binary to me. I can’t help but look at the sequence where the cat-tailed psychopomp moves and seems to be the spirit behind Bowie’s persona as…interesting. But, there’s also this deep joy and play on her part even if he seems a bit awkward. She’s already wyrd with her tail.

The Villa of Ormen

Ormen probably is a reference to worms, and the Villa of Ormen would—had I to guess—be a reference to the mortal body, an eventual villa for worms. Think Hamlet ranting about Polonius’s corpse to Claudius. The solitary candle meanwhile reminds me of Jung’s dream about finding the solitary candle that points to his sometimes flickering light of life in this world.

I’ve also had this exact experience.

The eclipse image is pretty on target, and indeed, the eclipsed sun was called a Blackstar in astrological contexts in some older traditions. You also have a Saturn reference in there, too, and there’s something to think with there about the Gate of Saturn.

I think also about Bowie’s magical practices at various points, but I think about the lyrics and imagery around being a Blackstar (“I’m a Blackstar.”):

I think about being that “star star” “born upside-down / Born the wrong way ‘round,” and we’re blackstars here on Earth, but we can go “home,” back up to the stars, into the heavens. And in incarnating here on Earth in the Villa of Ormen, we invert, are mirrors of who we might be “as above.”

Now, how we “invert” or “mirror” or are “upside-down” and are “the wrong way ‘round” is going to be particular to whoever you are. (Consult your landing coordinates/natal chart.) And here in this “bardo” between these January eclipses, I find Blackstar Day extra pertinent—especially as I do my experimental astro-remediation this entire solar return.

For all this mortal lyricism, the video and song point to going home. But, that process involves preparing for death, which philosophers, priests, and magicians have often pointed at, in their respective ways. “Button Eyes” is probably staring into other worlds than this one—and I imagine Bowie had some serious double vision going on himself in his last year. But we have all these cutaways. We move from Button Eyes shuddering and even afraid at points—though “Lazarus” is probably focused far more on the (quite natural) fear of death and the desperation that can accompany it—to Bowie in the Garden with others, helping others see that there’s more than the Villa of Ormen.

We have Bowie in the attic—note that elevated position, where Button Eyes is also, but now with light coming in and far more airy and open feeling—without the button eyes—is this one of the places he’s looking into?—feeling more upbeat, even if a little self-deprecating (“I’m the great I am” with that raspberry). We also have Bowie in the imaginal, in the Garden, looking with wonder and joy at just…life and light and wind and more. We do have him also aiming his Blackstar book (Holy book? Grimoire? Take your pick.) at that realm, both probably in invocation but also, had I to guess, conjuration/exorcism. As welcoming as the Garden or Plain is in these moments, you also have the far more ambiguous scenes with the Scarecrows and the figure trying to (in my reading) sneak past them, towards the sunset or sunrise.

This is astro-theology and astro-magic. This is learning about your own immortality and stellar origins and the possible return to the stars. The living are “star stars,” “blackstars” (eclipsed? inverted? mirrored? Think yes and…). We have to remember the solitary candle will burn out, but that star star, that blackstar goes on. And for all the potential for hubris that’s in these premises, I find the song and video convey humanity and immortality, with humility and wonder.

Featured Image: Detail of a frame from “Blackstar,” directed by Johan Renck