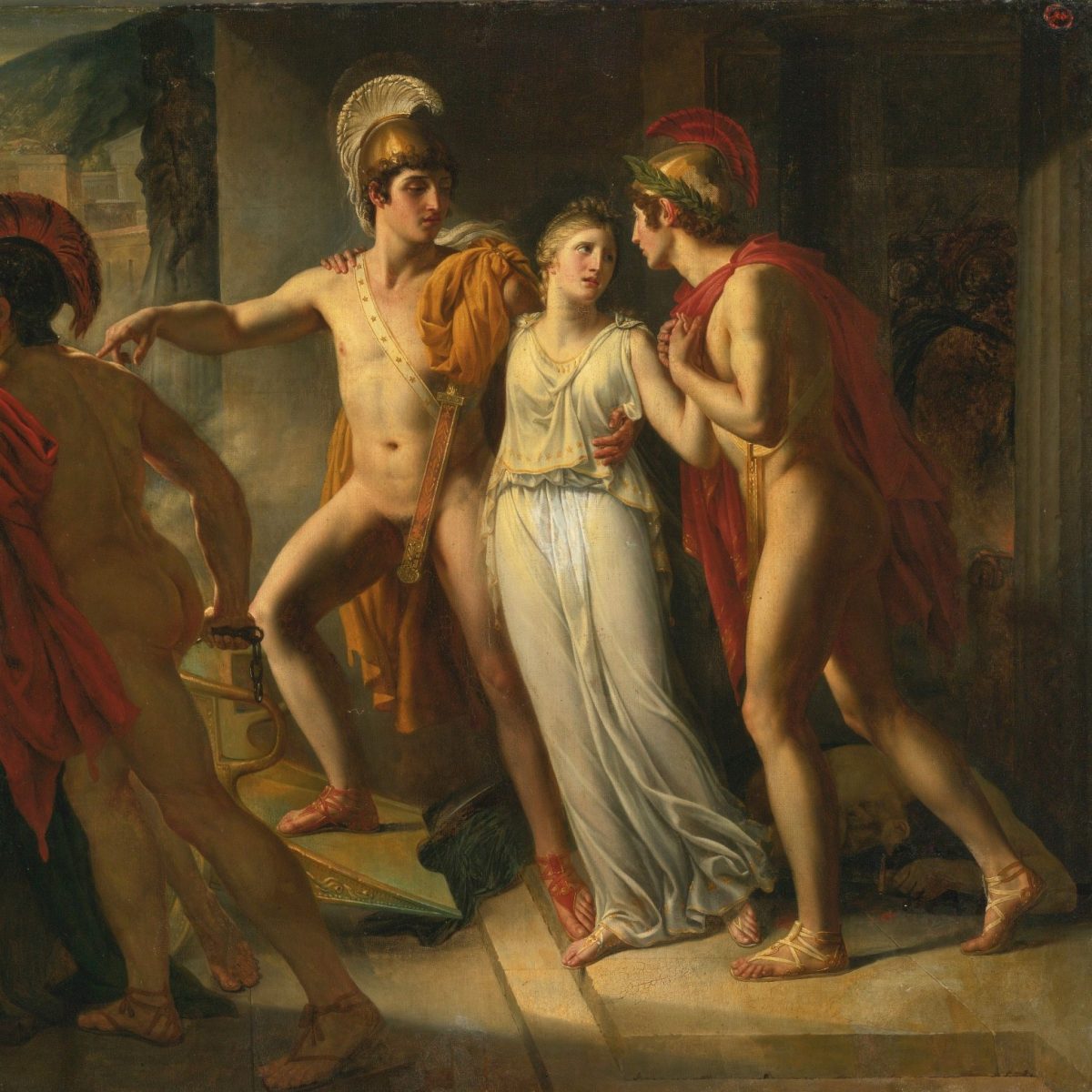 I’m going to talk today about divine twins, the Gospel of Thomas, higher and lower dimensions, textual interpretation, and the imaginal. (Wait! Come back!) As I do so, I’m more thinking aloud than offering any concrete theology or cosmology. I’m still early into thinking with these ideas even as they build on plenty of stuff I’ve already been engaging with.

Ostensibly this book explores symbols of light in the writings of several medieval Persian sufis, but Corbin begins with an exploration of ‘an innovation in philosophical anthropology’ from antiquity, a notion that “the individual person as such &#8230; has a transcendent dimension at his disposal,” “a counterpart, a heavenly ‘partner,’ and that [the person&#8217;s] total structure is that of a biunity, a ‘unus-ambo.’[1]

Stang goes on to consider this motif as it appears in the Gospel of Thomas (GT), accounts of the prophet Mani’s life, and in Plotinus.

In considering GT, Stang focuses on the Apostle Judas Thomas as Christ’s “twin,” as being the mortal twin of the divine twin (Jesus), and Stang does so by jumping off from the context of Corbin&#8217;s book. In that book, Corbin considers the idea of mortal, human persons having divine twins, other selves of light, and humans are originally a singular one who becomes two through incarnation. For Corbin, we must try to become not unified with that “higher” self but integrated as “a one-yet-two, or unus-ambo” and thus “become a proper human self.”[2] Such an idea isn’t new to me, and it easily leads one into various “HGA” and “higher self” cul-de-sacs. However, what I found most thought-provoking in the article is how Stang locates the text of GT as technology, and how that technology works for this kind of “applied mysticism”:

Amidst all the debate about what &#8220;specific practices&#8221; (e.g. fasting, praying, almsgiving) if any, the GT is endorsing or condemning, it is clear that the practice of interpretation is of paramount importance. Consider Logia 1 and 2:

What is on offer in interpretation, so it seems, is immortality and rule over &#8220;the all.&#8221; Following Valantasis, I suspect that the practice of interpreting the GT invites the astute reader into the play between the one and the two, but a play that takes place simultaneously on the page and in his or her own self. Thus the practice of interpreting the gnomic sayings regarding the one and the two and &#8220;the single one&#8221; serves to transform the reader&#8217;s self into a unus-ambo, a one-yet-two.[3]

This passage caught my attention as a lit nerd. The way I read Stang here has me see textual interpretation—or, it seems to me, the far more mysterious thing that happens between the page and self—as a technology, as a way to begin this kind of pursuit of the one-yet-two. I would argue that it is not dialectical, per se, or not in the usual sense. Typical dialectical action would strike me as leading into more—indeed unceasing, to point to a common complaint of literary criticism and theory practices—textual interpretation. Or, to borrow from Hamlet, “Words, words, words.” Dialectical processes just produce dialectical processes and focus more on thinking and generating further interpretations.

Let me quote Logia 1 and 2, via Stang, before pointing to what strikes me as a very parallel passage in Logion 22:

And [Jesus said], &#8220;Whoever finds the interpretation of these sayings will not experience death.

Jesus said, &#8220;Let him who seeks continue until he finds. When he finds, he will become troubled. When he becomes troubled, he will be astonished, and he will rule over the all.&#8221;

In Logion 22, the textual interpretation is replaced with not only gender fluidity but also the fashioning of an icon, of an image of the self. This passage relocates the interpretative process of Logia 1 and 2 into the interweaving of bodies, of genders, and into visual interpretative play. This play pushes into the territory of active imagination and into Jungian integrative processes rather than a mere &#8220;joining with” some higher self.

These processes strike me as the techné to get at the process. In the first examples, the text is part of that action. In that regard, the text becomes &#8220;koan-like&#8221; in its usage, but that process premises an interesting inter-play between page and self. The divide between page and consciousness becomes the image of the divide between the conscious self and the divinely-twinned Self. The microcosmic, interpretative play between page and self may spur the self to notice, to apprehend, that personal divide.

At that point, I also find myself considering Jesus&#8217;s exhortations on how to find him in division (and thus in finding him, begin healing that division) through seemingly prosaic means, and those means may even be points of meditation and further praxis: “Split [ⲡⲱ] a piece of wood and I am there. Lift up the stone, and you will find me there.”[5] Chop wood, lift stones—they are further examples of the same interpretative practice that the textual interpretation can be, or the visual practices, or more, all projected into the experienced world itself. That world would then seem to become a divided-yet-united world with the Kingdom. The Kingdom is at hand, and so is &#8220;Jesus,&#8221; the divine twin, as well.

This manifest worlding quality of this divided-yet-one cosmos and the interpretive, indeed creative, quality of action probably lies at the heart of magic as engagement with the imaginal-yet-the-world.

I also cannot but help consider the broader tech of reading, literature, art, and representation. These forms provide opportunities for the self to encounter and play with the page or art, and that play puts us into contact with the enchanted cosmos and or enchanted selves.

Yes, I basically said reading is magic. But so is everything else, in potential.

I’ll also borrow Flatland again to consider this dynamic, this inter-play between worlds more. There is something about how the 4D (the “divine twin” level) needs to realize itself in the 3D (incarnate human experience here on Earth), in order to find meaning, but the 3D seeks this same thing often in the 2D (art, pages, images, screens, the “flatness” of our senses). We use art, active imagination, and co-create cosmoses and ourselves. What we create and quicken through our “art,” the 4D creates and quickens through us. Just as art lives through us, and we live through our art, so too does the 4D live through us, and we live through them.

However, more than one person can read a book or look at an image and have that inter-play—perhaps even inter-creation?—occur, and I think we can look at how the 4D, the deeper imaginal, finds expressions through many vectors in the 3D, as we do into 2D worlds. And yet, we also use the 2D like windows, like surfaces, into those 4D vistas.

Finally, consider your ancestors, perhaps now &#8220;4D&#8221; after having been 3D themselves, as they now live and create meaning through you, and vice versa.

[1] Charles M. Stang, “A unus-ambo anthropology: The Divine Twin in the Gospel of Thomas, the Cologne Mani Codex, and Plotinus’ Enneads,” via Academia.edu, 1.

[3] Stang, 12. I borrow the phrase “applied mysticism” from Gordon White.