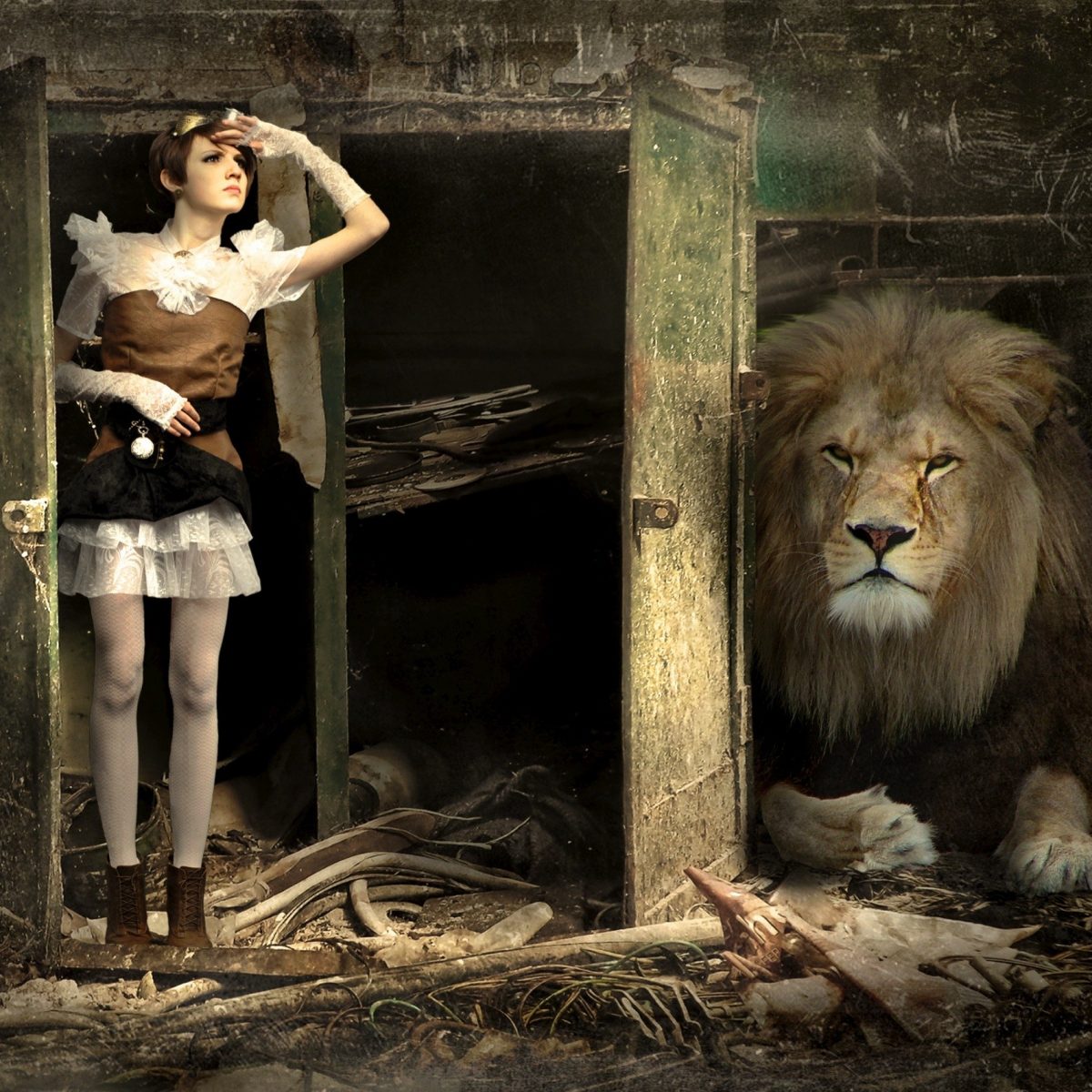 It’s perhaps really tempting at that point to try aiming at some Big Thing—say, a leading and contentious figure on the international stage—and let’s say that you, or maybe even you and your coven or magic nerd army, figure it shouldn’t be that hard to magic so-and-so out.

Why doesn’t that work?

Or, let’s say you and your gang of enchanters decide to tackle hunger or autoimmune diseases. I mean, with McTaggart-style intention tech, I’ve seen more than enough miracles happen that I can’t rationalize the results away. Beyond spontaneous remissions of terminal illness, I’ve seen folks who suffered chronic pain for years suddenly find themselves pain free the next day—if not the night of an intention. And while it doesn’t always work, it works well enough that I cannot ignore or explain away the results. However, when you turn the team against, say, HIV, or bone cancer—“Cure for HIV” as an intention, for example—well—

Why doesn’t that work?

Selecting what or who you want to affect with your magic is important. What probabilities can you push successfully in your favor? Peter J. Carroll points to mid-range probabilities being the most responsive to consciousness effects, or magic. A spontaneous cure for all cancer or all current and future cases of HIV is very low probability—even if you’re enchanting for someone to develop such a cure.

Can you successfully target (verb) the subject (noun) in the first place? I don’t know how well I could get at “HIV” or “corruption in America.” I know my mitochondrial health is important, but I need some visual aids and need to do some work to get at enchanting for my good mitochondrial health—though I can do passably well for my general health.

It’s much the same for important, famous, public, yet distant persons. I can imagine being near someone. I can build up that reality in my imagination until I’m feeling quite beside (outside) myself, but I’m not sure it’s the actual person. Maybe if I could see or hear them in real time, but even that is probably insufficient in most cases. If I was skyping with Famous Person, then maybe I could get a good enough sense of them that I could magic at them.

Is the subject vulnerable? International, national, and even state-level public figures often have lots of people thinking at them already. We know that many churches have teams who actively pray for the health and success of public figures they support. Whatever you may want to think about the religious and theological bases of their prayers, they’re still directing their consciousnesses with often simultaneous, coherent, unified intention in support of your subject, and they’re often calling on one or more spirit allies. Whatever you think of “Jesus,” “angels,” or “God,” they have presence and weight in the imaginal realm and in the visible world.

Some folks would maintain that if you got enough people focusing their thoughts to the same end all at once, well, then you could pull off such grandiose ends. And many folks stop there because they can’t get “enough” people to do so.

And it seems to me that there’s an attendant idea that comes with this line of thought: if you can’t fix the big thing, then what’s even the point?

Except, well, magic still works. All those folks praying are doing something, at least if they’re actually praying and doing so with some kind of coherent intention.

Look, we know that many supposed leaders and subjects are distractors and distractions, figure heads and straw persons. We know the media pushes particular stories at particular times while ignoring other stories. The media and those supposed subjects also make the populace—and we supposed practitioners of the magical arts—distracted and incoherent.

Unless you’re already running in international and national affairs, then I’d suspect it’s better to localize and particularize your campaigns. Don’t aim at climate change or hunger or racism—aim at racism in your community, hunger or poverty in your community, and so on. Come at problems from the grassroots where you can better realize your magic and, indeed, your more visible forms of action, the “work” that needs doing.

Break it down. Break the problem down into the things that need to happen for you to accomplish your goals.

For various ills, what are the vectors by which treatments and cures can be developed and disseminated. For medicine, find researchers pursuing promising research that’s not grounded in Big Pharma. Find as many of them as you can. Intend/enchant for them to get the funding and support (political, institutional, media, personal, spiritual, etc.) they need. Intend for them to get the inspiration they need. Deploy the tech you have at hand. For medical issues, I can see group prayers and intentions involving appropriate saints, Raphael (“medicine of god”), Asclepius, or other figures that have current running through them: petition them to inspire healers to find and develop treatments and cures.

For existing, promising treatments, focus on the appropriate institutions and authorities to make those treatments available and affordable. Focus on propping up or nudging decision makers in your favor and look for counter-voices to Big Pharma and regulatory obstacles. For example, you might try to push the insurance industry and doctors themselves. I would also push on the media to publicize promising and effective techniques. Focus on specific outlets. Enchant to have decision makers have “skin in the game.” Throw magic at open source research.

Avoid just throwing magic at “medical researchers” in the traditional academic or corporate context, too. Many researchers have been looking into older medieval or otherwise pre-modern herbal lists and are rediscovering how different plant allies can help us. It turns out that our ancestors didn’t just keep doing things that didn’t work. I’m not saying we turn back the clock: let’s go ahead and verify ancient treatments work.

You can adopt similar strategies for problems like local corruption, regulations, and social ills.

Think about your subject selection and come at problems from multiple, different approaches. Let us be the weeds that weaken these seemingly monolithic problems, and let us come at the parts the Powers that Be are paying less attention to. Let the ten-thousand things overwhelm those who think in terms of centralized authority.

I would also say to look for ways to make resisting your aims too costly. Can you find your foes’ foes and support them, even if only strategically? Throw positive intentions at lawsuits and litigants against Big Pharma or corruption. Invoke Mercury (or whoever your smart, smooth-talker, persuader spirit allies are) to aid some attorneys and to confound others. Invoke Saturn (or whoever your divine justice, or cosmic justice figure may be) to make folks get what they deserve (for reward or punishment). Send actual letters of support to allied interests with sigils invisibly marked on them with the edge of your pen’s cap, rather than in ink. Suffumigate your letters with some sandalwood or your chosen perfume while you chant whatever spells or mantras over it.

Make your local authorities and institutions accountable. Make them your allies against the Big Subjects. And if they refuse, then enchant them out while enchanting for competent allies to emerge. You can go to council meetings and get a feel for who they are, and you can enchant for or against them far more easily than the Big Subjects.

These are long-term, long-game approaches. They’re campaign strategies rather than one-off spectacles.

It’s also probably easy to feel like you have to try to fix all the things, or you may feel like the really Big Subjects outweigh the other problems that you can address far more successfully, and in that paralysis, in feeling overwhelmed, you wind up doing nothing but retweeting Important Shiny People and screaming into the chaos cacophony of Facebook.

I would say that folks should align around causes they can get motivated about. And while most of us want to do good and useful things, we’re all going to respond more immediately passionately about some causes more than others. Chicagoans and New Zealanders will be far more invested—and connected to—the situations in Chicago and New Zealand than I ever will be. Similarly, folks who’ve had to deal with or know folks close to them who’ve dealt with a particular illness will feel far more invested in a campaign for that cause. This is not to discourage others from helping with those campaigns, but those with the most motivation can best research and organize and monitor the campaigns.

Furthermore, much of what I’m saying is pertinent to how we enchant for our own lives. You should probably turn your efforts to making sure you’re in a good-enough place, that you can operate from as strong and supportive a place as you can manage, before you try to save the world. And when I talk about breaking down big projects, big magical projects even, the same thing applies to enchanting for that job, that promotion, that new place to live, and the ten-thousand other things.

What I’m getting at is that these kinds of campaigns are entirely actionable, but they need practical magic project management. I very much have Circle Thrice in my thinking here, but there’s also an enchanted solarpunk feel for what I’m getting at. Build it from the ground up because we can actually start building there. Start now and begin preparing the earth for 2020 and the years beyond.