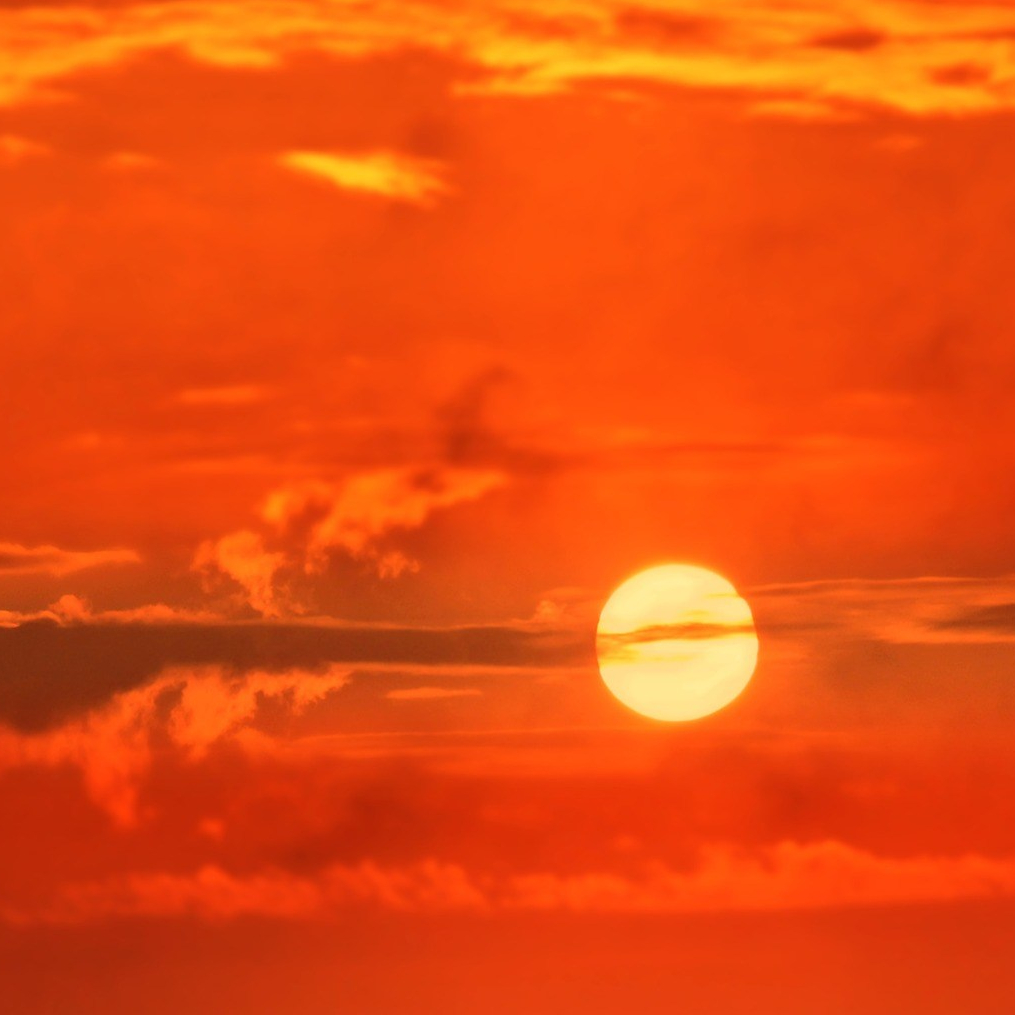 The “Spell to Helios” in the PGM—PGM IV.1596-1715, specifically—is described as “the consecration for all purposes.” I’ve performed this spell on four occasions with different timings and processes. I was asked the other day about my experiences with this spell, so I thought I’d write some on it because I think it points to the various ways we can successfully adapt the spells from the PGM.

I decided to do this spell for the first time during Gordon White’s PGM Course in 2018, and he had pointed to Sam Block’s adaptation of the spell here. I have described Block’s version as “High Church,” and I broke from what he describes for several reasons, but primarily because of my limited space to perform the ritual.

My apparatus was far more constrained. The night before, I used a gold paint pen on strips of papyrus to draw the twelve animal faces of Helios in hieroglyphic style (using Block’s graphics as my model), and I prepared other strips with the names for the directional guardians Block includes. I had several tealight candles and frankincense cones, and I had a small rectangular space I used for the ritual—roughly 12 by 18 inches (30½ by 45¾ cm). I arranged the space roughly as follows.

For my target, I decided to consecrate a citrine engraved with a glyph I had found through journeying.

Note that much of this business is not specified in the PGM, which lists only the invocation, really.

I timed my ritual to begin at dawn on the Summer Solstice, and my plan was to do one of the hours listed in the ritual every planetary hour until hour 12 and then conclude with the PGM’s closing at sundown. I would repeat the invocations and visualizations for the earlier hours again before doing the new one for that hour.

I also wanted to get some actual sunlight on the charm during each of those planetary hours, but direct sunlight was a no-go. I have a west-facing window to work with and didn’t want my neighbors in my Texas apartment complex to watch me singing magical names. So, I made sure to get some diffused light, at least, on the theory that all sunlight here on the surface is diffused to some degree already by the atmosphere.

I found the directional guardians to be quite affecting and present, and of a different character than the Four Kings. My invocation of them consisted entirely of singing their name while facing the appropriate direction and visualizing them until the image erupted into its own action, which went well enough and quick enough for me. When I did the portions of the invocation directed to Helios, I tried to consistently orient myself towards where the sun would be at that time. As I invoked each of the hours and their animal spirits, I would look past the hieroglyph and let the animal there erupt into life, as well, which wound up being very interesting. They had consistent personalities that I found quite endearing, really—even the ass, who demonstrated a rather Set-like character, it seemed to me.

The tealights blazed about four at a time, and it quickly became clear a strong presence was building on the altar space. It was distinctly distracting when I wasn’t in the middle of that hour’s invocations. As I wrote in my journal at the time, “It definitely feels big.” Curiously, by hour 5, things felt less immediately portentous. The cat moseyed in at one point and poked his nose at the altar space, obviously sensing something himself, though he seemed to be gently shooed away by either the guardians or by the animals—a cat is the animal of the dawn hour, after all.

It was a very long and involved day. I had the benefit, that day, of not having anywhere I needed to go. I still carry the consecrated stone with me in my bag of charms.

After the ritual&#8217;s conclusion, the animal hieroglyphs very much retained a sense that they were alive, so I put them away so they could &#8220;rest.&#8221; If nothing else, it did not feel proper—or sane—to trash them. I noted some of the idiosyncrasies I observed for the animals.

Hour 5—a donkey—I was reminded very much of Set.

Hour 8—black bull, but it consistently shown like it was full of stars

Hour 11—ibis—I wasn’t precisely sure what to visualize since I don’t recall seeing an ibis that wasn’t a cartoon Thoth-man, so I looked up and visualized the African sacred ibis, which worked well enough.

The guardians seemed to linger after the ritual and after sunset, so I issued a general license to depart for them, and they eventually faded from my awareness.

Roman Lararium from the House of the Vettii in Pompeii, photo by Patricio Lorente (CC-BY-SA-2.5)

In the days after the first consecration, I had several instances of hypnogogia of seeing a terracotta clay tablet on my altar depicting the serpent form of Agathos Daimon. I decided to lean into this vision. I had also decided to prepare the phylactery ring described in PGM XII.201-69, which I engraved using the kind of stone described in the PGM with the design described therein, though I modeled my specific work off of the example developed by Block here.

For my timing, I chose a Sunday at dawn while the Sun was in Leo. I did the ring consecration first, using the procedure described for it in PGM XII.201-69, though I abbreviated that ritual to only PGM XII.238-69 (the “Agathos Daimon Hymn”[1]). I left the ring to “cook” in the sunlight over the rest of the day and moved on to the consecration of the tablet.

I did not have the time (or inclination) to do another sunrise-to-sunset ritual for the tablet, so I did the hours one after another, in terms of invocation. I used a similar setup to what I had previously done, though I did not burn through 12 candles all at once, opting instead for one primary candle and frankincense cone, but I did include the animal hieroglyphs again. Once completed, I placed the tablet to gather sunlight over the course of the day, as well, concluding after sunset.

I would consider the first ritual (First Instance) as definitely having done something, and it spurred doing the Second Instance. I mention the ring because I use it often with McTaggart-style intention exercises and other kinds of operations, and I have noticed that it very much buffers me from negative blowback. After doing some intense Vasuki mantra work as part of a group operation in late January 2019, I observed that I didn’t notice much spiritual blowback until taking the ring off, and I felt it flow right over me at that point, though putting the ring back on helped. I definitely consider that consecration a success, and I encourage folks to look into consecrating their own phylacteries. I also wonder how much the ring was a thematic/motif match for the Vasuki operation, as he is the naga king.

The tablet remains in position, and it’s very much a fixture of my altar, right where I first saw it in visions—and I found myself thinking of it when I came across depictions of Agathos Daimon in serpent form in the altar spaces for Roman households in Pompeii.

I decided to prepare the charm described in PGM XXXVI.35-68 (“Charm to restrain anger and to secure favor and an excellent charm for gaining victory in the courts (it even works against kings; no charm is greater)”) after two testimonials regarding the charm’s efficacy, and, well, favor of the powerful is something to be ready to secure, as you need. It’s 2019, after all. The spell itself describes and shows the image to be made on the charm, but only says, regarding its consecration, to “Consecrate it.” A colleague had noted he had used the Helios Consecration, so I decided to do so, too.

I have to admit at this point that Sundays at dawn are rough for me. I am a night owl, and I believe I had aborted on one Sunday already. Timing-wise, I decided to prepare it sooner rather than waiting for later, so I opted for a Sunday at dawn while the Moon was in Aries (where the Sun is in exaltation), though the Sun was in Aquarius. I felt that if the Moon—which brings planetary influences into our realm—was in a suitable sign and not afflicted, the timing should still suffice.

I also pared down the ritual to its bare essentials. I had a candle and some incense. I had a white blank card and a black pen—both consecrated themselves (via the Hygromanteia, at least, and its Angel of the Great Will prayers). At dawn, I opened my space with the directional guardians, prepared the charm—being careful to put the complex image, characters, and names on a comparatively small space with accuracy. I then went into the consecration proper otherwise as I had done so in the Second Instance, though without the animal hieroglyphs (who I note are not mentioned in the PGM’s barebones version).

I had hoped to go back to bed, but, firstly, I very much had a definite solar presence—and the presence of the charm—on the altar. Also, well, as I observed at the time:

One does not merely do the Helios Consecration and go back to bed. pic.twitter.com/1k1sRx99T9

After sunset and sealing the consecration, I secreted the charm into my phone case.

The response I felt to the Third Instance—both at the time and in the resulting dreaming—led me to consider adapting this particular spell as a form of solar remediation. With that in mind, and the stakes a little lower—I had no permanent enchantment or consecration in mind, per se—I also decided to experiment with being far lazier in my timing.

I chose a Sunday while the Moon was in Leo—the Sun in Aquarius again. However, rather than dawn, I decided to sleep in and went with planetary hour 8, the second hour of the Sun on Sunday. I otherwise used the setup I had for the Third Instance, though I addressed the consecrated tablet, as well.

I have to say that while the result was interesting, the results of Sunday at dawn have been far more potent—though the Summer Solstice remains most intense. That said, as solar remediation, I can imagine worse choices, and the experience did result in further interesting dreams that have spurred other kinds of personal reflection on my part.

Edited to Add: Ah, yes, I almost forgot: I had the strong sense of the animals hanging out around me, even if I didn&#8217;t have their hieroglyphs out, though I did visualize them again. They formed a solar posse about me.

Were I to consecrate a permanent charm of some kind, I would definitely recommend opting for dawn hours. I would also say that while my simplified version of Block&#8217;s ritual on the Solstice proved most intense of an experience, I would probably not bother with a sunrise-to-sunset unless I had a very good reason to do so. I would try to include my hieroglyph friends again, though.