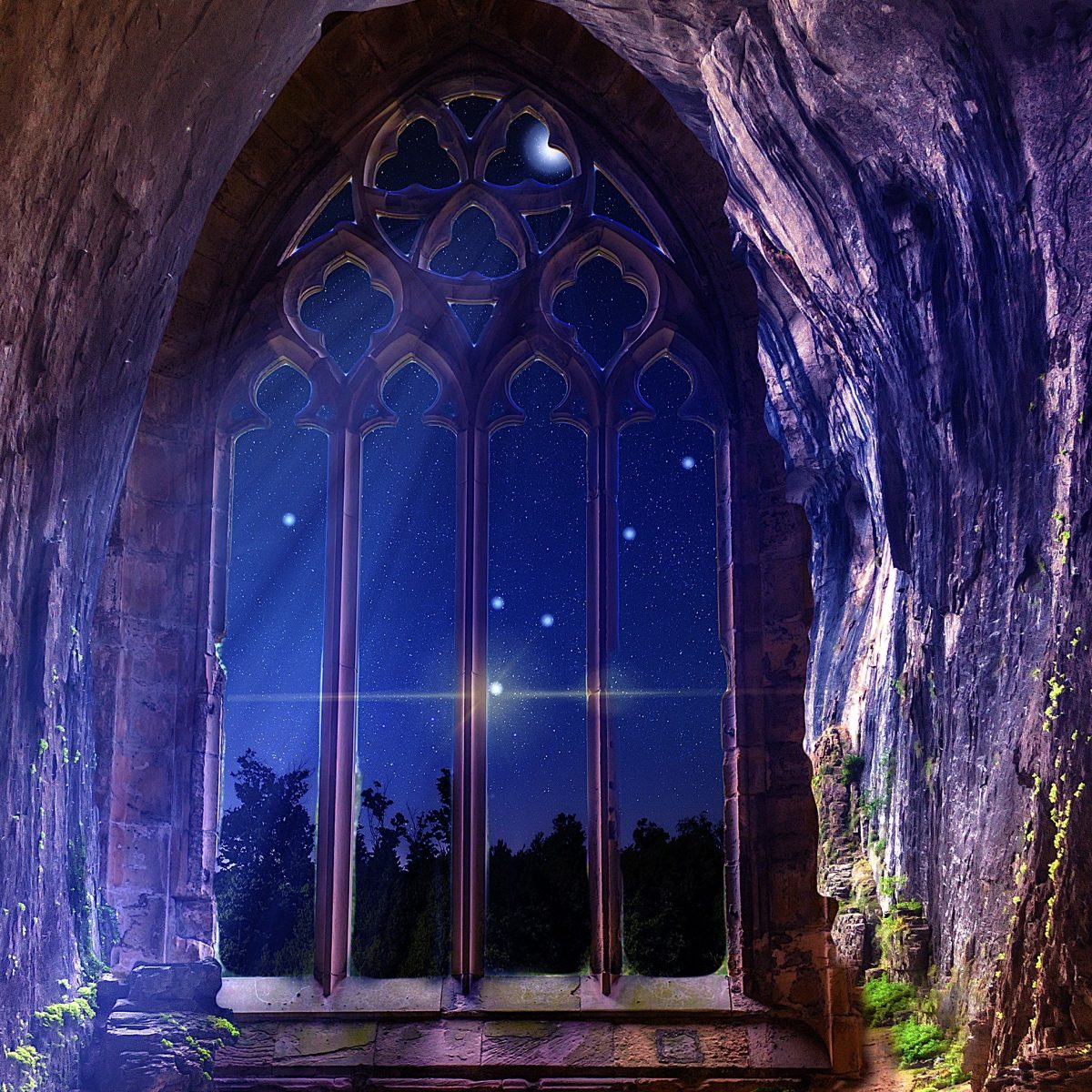 I grew up nominally Baptist. But not really. My Dad was in a Baptist church in Texas, sang in the choir, taught Sunday school, and so on. My Mom’s family apparently would apparently sit around the family electric organ with other musical instruments and sing hymns and other religious songs. At some point, my Dad had a falling out with his church, and he never went to a church service again. He’s still nominally Christian, but whatever happened soured him on organized Christianity. And, well, I’ve never seen my Mom be especially religious over the last several decades.

I was encouraged to do my own thing, or at least was granted nominal license to explore my own spirituality. I had various Baptist-esque experiences, especially in high school and the third grade. After I had my first existential crisis and hunger for the spiritual and the magical, I moved away from Christianity, veering into what eventually became devotional polytheism.

That said, I found myself often frustrated with devotional polytheism. I was a nominal “hard polytheist”: gods and spirits exist, and they’re distinct persons. I avoided any kind of Christian magical tech. I often found Christian and Abrahamic symbols, contexts, and so forth toxic, cloying, dusty and decaying, and I often had the visceral response that I was in danger of being decayed by doing much with them. A sense of cobwebs and something uncomfortably like spider webbing on my mind. Even things like Enochiana never felt right to me: clockwork intensities and angels of matrix circuitries. And something always felt off about the Golden Dawn, Thelema, and what was otherwise passing for “ceremonial magic.”

Yet devotional polytheism proved to me to be just another iteration of the practices of sacrifice and submission, entering into paternalistic relationships with divine parental analogues. Some gods proved opportunistic. Others, in hindsight, demonstrated patience while drawing me to deeper practices. However, beyond some kind of practice of “spirituality,” what I wasn’t really getting was magic. And I wanted magic.

I think people often talk about “spirituality,” but we don’t often stop to ask ourselves what that even means. I think many of us have looked up and realized that we were missing something vital in our lives. Most of us reading this can probably point to the materialist paradigm and recognize it’s insufficient, damning even. For all the grand technologies and breakthroughs and so forth materialism has given us since the Cartesian turn in the Enlightenment, even with the social progress that has occurred since the Enlightenment, at least for those populations who benefited from the rise of capitalism and modern imperialism and colonialism—well, we look around at what we’ve wrought with these wonders, to ourselves, to our fellow human and more-than-human persons, and I think we feel flattened. Cut away from our better and realer selves.

And empire, capitalism, colonialism, they recognized this thirst for the real, and they capitalized and colonized other cultures’ “spirituality” to bring home to those who could afford to be “spiritual” in the capitals of empire. And even then, the spiritual, the magical didn’t go very far. Spiritualism as a movement and the various New Thought movements in the nineteenth century—and their cousins before and after—are in many ways upwellings from the imaginal, from the spiritual, for what we’ve been missing.

I’m not saying anything new here. But even as I needed something spiritual, what I was actually looking for was that part of me that had been denied or pushed under or which I’d been convinced was something else. And polytheism was a stopgap.

I wanted to be real.

I was doing this mostly on my own, with a few guideposts along the way. And I had that thing where I wasn’t sure how much what I was imagining, was seeing, was experiencing “was real.” But things were happening. I was having visionary experiences. I found these singular parental relationships with spirits and gods shifting over weeks and months into something far more sibling-like in nature. They became more my brothers and sisters, and the ones who didn’t found themselves trying to adopt other roles, but these were the opportunistic ones.

I also wanted a metaphysics that “made sense,” or at least made enough sense that I could find my way around that Cartesian trauma that had convinced me the things in my head weren’t “real.” I started resisting the energy paradigm because it felt like a trap: you would never have the energy to do the fun things you wanted to do. Not without subjecting oneself to an uncertain teacher or tradition and whatever promises were made. I resisted the information paradigm because it felt…toothless.

And I got to the point where I recognized that bad spirits or gods were bad, and if I was being belittled by spirits or gods, it was either my personal demons or parasites or something like that. That said, I also recognized that the support I was getting was also guiding me to confront my own bullshit, my own limitations, my own assumptions. About myself and about my world. So, it wasn’t like I was just engaged in ego validation.

And, eventually, I found others who were interested in magic. And eventually, I found Gordon White and Rune Soup in 2016. And I realized that Gordon was talking about things in ways that inspired me, that made enough sense that I could find my way around to trying magic again, that I felt I could get behind and feel confident I was doing something, making progress. There was a cosmology and metaphysics of the world that fired me up to feel like, Yes, I can do this. And it got me thinking, scheming, reading, but also trying to do. It also helped that Gordon (1) wasn’t a Chaos Bro and (2) wasn’t a ceremonial bro.

My path into doing magic wound up being fraught, ish, because, as Gordon has long argued, magic in the West went through Christian lines. So, I found myself confronting what’s essentially Christian magical tech. And oh I resisted. I tried rephrasing and revising prayers. But, as I worked through various spells and invocations and more, as I started seeing the deeper flows of tech through time—how ancient star magic and ancestor and other magics went through Egypt into Alexandria into the West and East—well, I found myself jailbreaking Christian tech through doing magic.

If the Cosmos itself is aware and alive, and the Cosmos/Creation is trying to realize itself through everything contained within it—and people have been saying much the same kinds of things about the Cosmos and the various entities within it—if Nuit is the night sky and Star Goddess, the body of Nuit the Dwat/Otherworld within which Osiris or Serapis lives and rules as Lord of the Otherworld—how’s that different from Mary as Queen of Heaven with her Son within her “womb” in the “Kingdom of Heaven?”

If the Agathos Daimon is a titanic serpent and a cosmic human (I’ll opt for human rather than just man at the moment), but so is God the Father/Son/Holy Spirit (/probably Asherah, God’s Wife and Mom), but so is Serapis and Cosmic Hermaphroditism, so is Aion, these leonal-maned bearded cosmic men—even as Virgo and Leo rise and set, rise and set, as a lion-maned woman with her literal lion—

And if you want a mainline from down-on-earth-in-the-West to star spirits, then angels are one way to do that. Or, you can go straight-up Vedic through the nakshatra system. But, well, Aion/God/Whoever is not who the Pope says “he” is. Or your evil pastor. And, well, angels are far more than handsome men wearing robes with wings, or Matt Damon and Ben Affleck.

And, to borrow again from Gordon, you’re dealing with, in many cases, initial contact protocols. How do you call up an angel? We have a few different ways that aren’t Thelemic or Golden Dawny. They’re not the only ways. However, start the experience of relating with them, and then see where you go from there together with them.

But, having an authority figure (like the Cosmos) that these beings would respond to is important. Furthermore, you are a reflection of that Divine Cosmos. Yours is an earthly mirror of that Cosmic Body. But you want to get those orders of beings on board to get your star ship launched.

And, well, my experience of angels has varied from something like “Christian angelic” to fabulously complex, coruscating, deep, holographic star spirits who perceive time in endlessly iterating cycles, who don’t get human time frames because they spend a bunch of their “time” up there (which is also down here). And I would say that you don’t ask them to do many things, but they’re good for plugging into the So Below, As Above wall plug.

We all live here. We all work here. We all see ourselves in and through the cosmos. We are also all doing that to each other and every other living or “unliving” whatever in that cosmos.

So, well, I had to find my way to jailbreaking this Christian tech. I would compare what was happening in other cultures’ and other approaches, and I started to recognize how those elements were conserved in magical and spiritual traditions I could engage with without appropriating other cultures’ practices. And the magic works.

Even sin can be jailbroken. I’m of a mind with Orthodox beliefs in this regard, and I’ve had talks with my good friend “Fireman Kevin” about sin: sin is about you being disconnected from the Cosmos, from yourself, from the world, from the imaginal, from the divine. It’s not a moral thing, but it’s been used and weaponized as a moral thing. It’s like karma. Sin’s been used as a moralistic control system. Karma and consequence. Sin and disconnection from the divine/enchanted/your own spiritual self, and others’. And that’s part of the quest, the thirst for the spiritual, for the magical—recognizing how we have separated ourselves from the Cosmic Body, let alone the Messy Animist Body that everything flows through.

And, despite everything I’ve said here, I still engage with several of my sisters and brothers—Athena, An Morrigan, and more. But they’re part of my cosmic, vital, quite wyrd family.

And you know what? We’re doing magic.