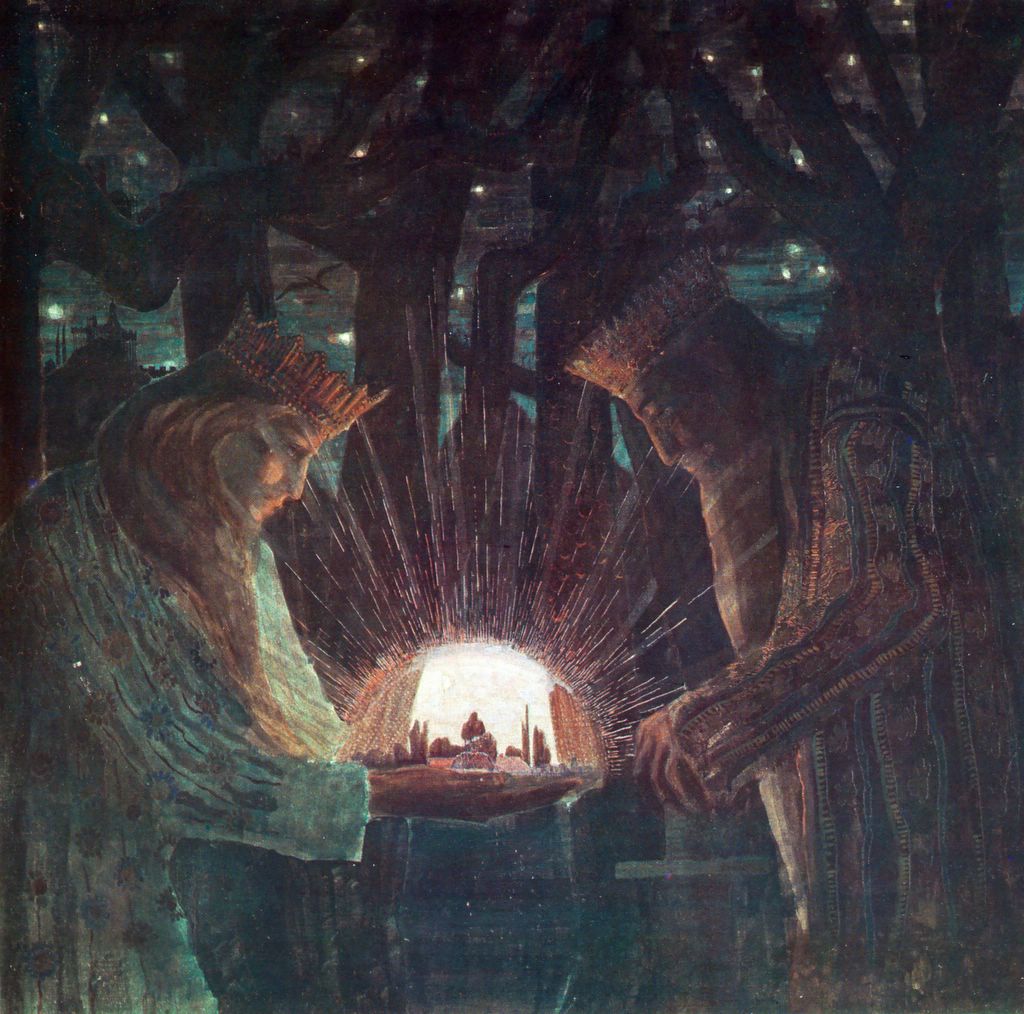 I have adapted this post from an attempt in other channels to offer an 10,000-foot perspective on &#8220;what are faeries?&#8221; I have thought with this question often over the years, so the following is based on my experiences and inquiries.

Firstly, I would say that faerie (or whatever variant you want to use[1]) is—like daimon, angel, and even demon—an umbrella term. It winds up including swaths of entities that can include spirits of place, spirits of the dead, our friends from Magonia, and more.

Secondly, I would also say that what the Anglosphere calls faerie often seems to be an Anglosphere perspective on what other parts of the world term jinn, however you want to spell that word, too. In both cases, we are dealing with hidden (to us) populations and social orders that have also often been adjacent to us, sometimes living side-by-side with humans. Both the jinn and fae have associations with the human dead, as well. I recall supposed accounts from jinn where they said that the human dead are the closest humans come to being like the jinn, and many UFO and faerie encounters have included reports of human dead amongst the aliens and fae.

What’s the nature of that hidden-ness? My speculation is that most of the faeries and jinn who come close to the human experience of the world—note, I’m avoiding separating “Faerie” from Earth—are just under that surface that separates most humans from the hyperthick. There is a stratum of the hyperthick that’s just past our usual experience of the world, and that’s also probably where ghosts and most spirits come close enough to interact physically or even to appear before vanishing again.

How do you access that hidden-ness? Partly, we are dealing with the imaginal, and Ramsey Dukes’ How to See Fairies is a resource that my pal “Delicious” Brian and I have pointed folks at, and he pointed me at it in the first place. That said, I’m going to also pull on Eduardo Kohn&#8217;s idea of forest language to suggest that there are probably features of the world and certain objects or actions or phenomena that can bridge that hidden-ness with our world. After all, having two or more roads come together makes a crossroads, makes a place where the crossroad spirits can be encountered. You could literally carve a couple of trails together someplace and make a crossroads. Certain actions, places, times, etc. do things. I suspect our super natural neighbors know the tricks and secrets for navigating and negotiating the hidden-ness. That said, I suspect that there are probably tricks for us to access particular slices of that hidden-ness or even for seeing particular kinds of hidden-ness: that is, different social orders of these kinds of spirits may have particular “keys” they use and which we could use to notice them. Read up on your fairy tales and lore.

Now, I am talking around wizardly hot takes on dimensionality, but I think this is also where perspectivism is handy to think with. How do we perceive the “thin” or “flat” experience of the world that we have? Well, we know that. How do we perceive moving through the “nearby” hyperthick strata of the world? Is that the enchanted and haunted Earth, and our enchanted and haunted cities and country? If you go deeper—and note, in this hypothetical journey, we would probably be “hidden” or we’re actually journeying or tripping on entheogens—do we move into perspectives of the world that we might term Faerie, Hell, Purgatory, Tir nan Og, Middle Earth, the Garden, etc. etc.? Likely, when we dream, our dream perspectives dip by varying levels into the hyperthick, which to us we perceive as “metaphorical,” but I’d question how much “metaphorical reality” is just a perspective on reality where more information or meaning or significance is perceivable than during our normal, flat, “physical,” sensory experience of the world.

I suspect faerie is less an ontological state (“I am fae”) and more a matter of otherworldly social orders and acclimatization (“I am part of super natural social orders and slices of the cosmos/Imaginal/Realm/spirit world that some humans would term ‘fae’, and I have adapted to such lifeways and ecosystems ‘physically’ and otherwise. I also ate the food, have made that place and people part of me.”) I would suspect something like this is involved with the long Dead who integrate into faerie, demonic, heroic, angelic, or “divine” hierarchies/social orders. I would say the faerie social orders—probably like many other super natural social orders—are place, ancestral lineage, and celestially oriented.

I am using social orders here to avoid cultures because culture gets a little too fluid yet monolithic in usage. I also have a bit of Ilana Gershon’s “Porous Social Orders” in mind, too. We have too many myths of human persons marrying into faerie and jinn social orders, as well as faeries, at least, entering into human social orders. We also have plenty of stories of relationships at various scales of humans and human communities forming relationships with faerie and jinn communities.

Just as we have terrestrial and sublunar spirits (angels, demons, faeries), we also seem to have celestial fae (along with the star demons and star angels, etc.). The various faerie courts in western European myth and legend are probably constellated from star spirits, ancestors, and spirits of place, with the (living and) dead migrating into or conscripted/impressed/enslaved into those orders.

Note: I am maintaining a very broad perspective here. If you want to know about Oberon, for example, then folks would need to investigate those specifics and the specific social orders and contexts associated with Oberon (which are probably not what you get with the aes sídhe or alfar or whatever’s haunting your garden).