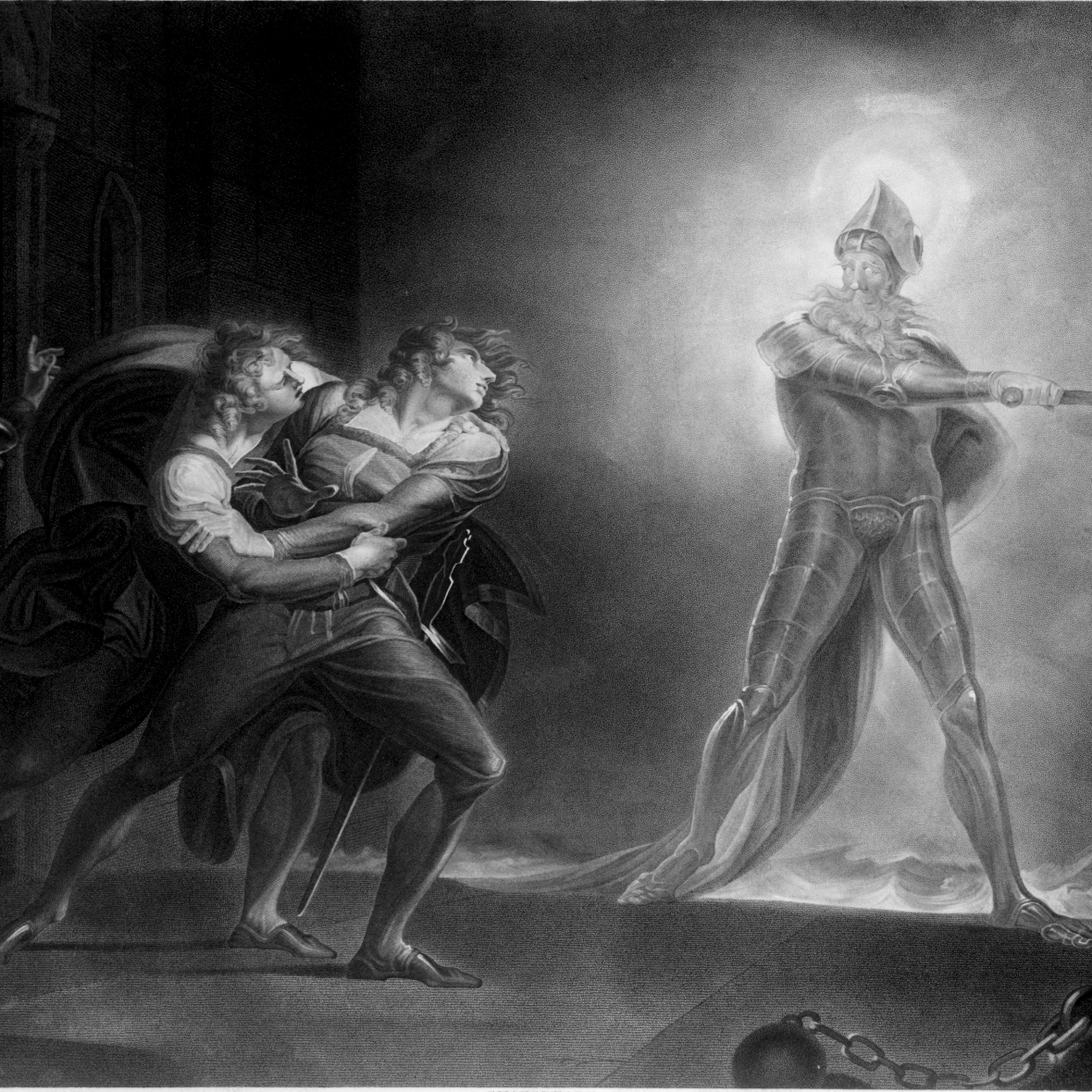 I was trying to describe why I found Mulholland Drive affecting, an influential film for me, and in doing so, I found myself speaking more broadly on my response and my take on David Lynch and his oeuvre. In articulating that perspective, I realized I was articulating something that was pertinent to most any experience, but Lynch afforded me an occasion that helped bring these processes into clarity in ways I hadn’t done before. In doing so, I also found myself recognizing the implications for my practice and life. I also talk a lot about Hamlet, but, well, I continue.

Mulholland Drive (dir. David Lynch; 2001) is a rich symbolist, surrealist drama that you sit with. It’s an experience. It defies neat critical or taxonomical approaches, like most of Lynch’s work.

Even beyond this specific film, I would say that Lynch wants you to find your own relationship with the work and the world you find through the work, which means the film is intended as something dynamic and rather holographic. People like to call Lynch visionary, and I think they mean that in the sense of &#8220;looking to the future&#8221; or somehow ahead of the time. Or they mean something more like an insipid &#8220;imaginative&#8221; and &#8220;creative.&#8221;

I think the film is a literal, aggregated vision he has had, and he has worked to reproduce that vision so others can encounter it. The film works to have us experience it as a vision.

All dramatic and visually-experienced art winds up being a vision at various levels of intensity on a sliding scale, but this is honestly true for all art and most media in some way. This is my take on Heidegger when he considers the instrumental quality of works of art. The media through which we encounter a work of art is an instrument, whether that media is film, books, 30-second Superbowl ads, or a painting. What do I mean by instrument? The work, the medium of the art, it’s an instrument we can use to actually access the world of the work of art.

A physical book copy of Fellowship of the Ring, for example, is just an instrument. It is an instrument made of paper, ink, and glue. That instrument allows us to enter into Middle Earth and return. So, too, is the showing of the film Mulholland Drive or a religious icon an instrument that allows us entry or access to the world of the art, in and through the medium.

Just like with profound spiritual, religious, or psychological experiences (whatever floats your BS), most folks want to pin that experience down. They want to find what it “means,” often leading to systemizing the experience and perhaps doctrinizing it somehow. That act also flattens the experience into merely human logics. To do so takes a more complex &#8220;object,&#8221; smooshes it through an intellectual cookie cutter, and produces a flatter, cookie cutter-shaped object.

“This icon of St. Catherine of Alexandria is just a tool for devotion.”

But the “point” of a work—and here I would use work rather broadly to include any imaginative product, whether an ad or Lynch film or football game on ESPN or Shakespeare play or dream or wyrd “spiritual experience”—isn’t what it “means” so much as how we wind up relating with it. The way we relate with a work is far more dynamic and personal and intimate than we realize when we approach them from an intellectual or academic or otherwise putatively objective (or critical or…) mode, which are really just modes of trying to relate to a work.

Academics know this, but they typically just give lip service to the idea. And, to be honest, most of our personal hot takes on works and experiences are only really interesting to ourselves. But consider the following. Your experience of Hamlet is a line that includes every production, viewing, or parody of Hamlet you have encountered. It includes all the discussions you’ve ever had or heard about the play and its characters, its world, its contexts, and so on. It includes the opinions your social orders have in relation to Hamlet (e.g., it’s pretentious, it’s hard to understand, it’s prestigious, it’s this thing you have to do in school and then forget about…). It includes every politician who thought they’d make a Hamlet reference, though they’ll typically quote Polonius, maybe. (They’ll compare their female rivals to Lady Macbeth more often.) All that lining about Hamlet informs what significance, meanings, and so on you have in relation with the play. And I will tell you that all the critical, English professory things I&#8217;ve written about Hamlet have come out of my dynamic yet personal relationship with the play. I have then had to figure out how to talk about those things in academically acceptable ways, or in ways that help whoever I&#8217;m talking to relate in some similar way to the play.

And, ideally, you have to somehow experience the play. For most folks, this winds up being best realized through watching a performance, which is as Shakespeare and company would’ve preferred. You sit down, and that performance is the instrument through which you have a visionary experience of the world of the play—and return. But even when you read, you&#8217;re likely to have a similar kind of experience, with varying intensities depending on circumstances.

All that said, most people want to flatten such expansive, dynamic, living, holographic works and experiences down to something simpler, to something less overwhelming, threatening, and transformative.

Feel free to substitute Harry Potter or Middle Earth or something else in place of Hamlet, as you wish.

“The Lord of the Rings is just Tolkien’s response to the traumas of the World Wars.”

In the context of more explicitly “mystical” visionary experiences, or even just the wyrd dreams and experiences someone who does magic may encounter, we also want to pin these things down. We want to “make sense” of them. We want to systemize the experiences, to classify the experiences as specific concrete results of particular causes. I’ve tried to scoot around this tendency at times by asking “What do I do with this?” This approach is arguably better, but it threatens to instrumentalize the visionary experience.

But in trying to do so, we flatten our experiences, and in so flattening, we probably kill whatever was magic there. Just like we kill Hamlet[1], or smash Tolkien into “fantastical fiction.” This is where synchs become problematic for many folks. You start having synchs, and you want to “make sense” of them. In some cases, when the synch is a communicative response from an entity or in response to something you’ve done, well, taking that as confirmation is one thing. But this is why Diana Walsh Pasulka has pointed to the attempt by many experiencers to avoid dogmatizing or “making sense” or explaining their synchs because, when they do so, the synchs tend to go away or persons&#8217; responses may become obsessive.

You’ve flattened your relationship with the experience.

And I think this is probably one of the reasons Lynch famously will refuse to “explain” his works. If he starts to do so, then I suspect he knows he’d be killing the experience, and all the energy he’s invested in having access to the ideas and images he encounters might be for naught. The spring might run dry. So long as he remains mostly agnostic about the images, the stories that come forth through his sources of inspiration, they’ll likely keep coming. And by the same token, audiences can continue to find and discover their own relationships to his films.

I would say that, in a way, it’s about deepening your relationship with these experiences. You cannot do that if you flatten the experience by “explaining it,” and any explanation will likely always be insufficient or inadequate for its sheer marvelousness. However, you can continue to relate with the experience(s), lean into them even, engage in a kind of back and forth, and rather than seeking what to “do” with them or “explain” them, you can play with them. And you will necessarily change and transform through this interaction until you probably get wherever you were going to go and become whoever you were going to become through these relationships.

It sounds a bit like dating when I put it that way.

[1] It’s okay. He dies in the end anyway…until next time.