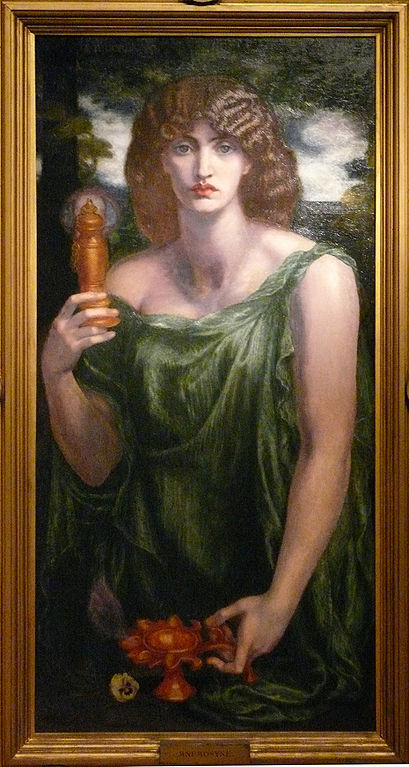 In Magick Without Tears, Crowley advises to begin memorizing the Qabala while also internalizing and applying it to one’s daily life:

There is no better way of training the memory than the practice of the Holy Qabalah.

The whole mechanism of memory depends on joining up independent data. You must go on adding a little to little, always joining the simple impressions by referring them to others which are more general; and so on until the whole of your universe is arranged like the brain and the nervous system.  This system in fact, becomes the Universe.  When you have got everything properly correlated, your central consciousness understands and controls every tiniest detail.  But you must begin at the beginning ‑‑‑ you go out for a walk, and the first thing you see is a car; that represents the Atu VII, the Chariot, referred to Cancer. Then you come to a fishmonger, and notice certain crustacea, very mala chostomous.  This comes under the same sign of Cancer.  The next thing you notice is an amber‑coloured dress in Swan and Edgar’s; amber also is the colour of Cancer in the King’s Scale.  Now then you have a set of three impressions which is joined together by the fact that they all belong to the Cancer class; experience will soon teach that you can remember all three very much more clearly and accurately than you could any one of the three singly.

You have not increased the burden on your memory, but diminished it.

As I noted last time, many traditions seek to reweave Talker to incorporate and internalize their ideologies and ways of seeing the world and Otherworlds and self. Druids and bards would have you spend years upon years memorizing and practicing various verse forms and stories. Crowley advocates a much similar enterprise in this letter from Magick Without Tears, and though he frames it as a matter of memory, the result will be much the same. The acolyte will begin to interpret the world and herself in terms of the Qabala.

In years past, I would occasionally try to immerse myself in a particular system, and much like Faustus, I found myself dazzled by “Lines, circles, letters, characters,” and it was easy to see how Faustus thought, “Ay, these are those that Faustus most desires.” However, although such symbologies were allusive and suggestive, on their own, they lack context and can become meaningless. Of course, the solution was to immerse myself in contexts, but the more I did so, I found myself growing resistant to the symbologies in question. For example, I always found a peculiar synesthetic reaction to certain systems. The GD and more hermetic systems would remind me of being trapped in claustrophobic libraries with a peculiar scent (perhaps mold, I suppose) and a presence. Not a dangerous or necessarily all-pervasive presence, but that presence never felt empowering, never felt welcoming, and never felt familiar to me. Notably, Enochian had a different but similar scent and a different but similar presence, but I felt similarly unsympathetic to it. I would have a sense of Wicca as more open, but again with a scent and presence that made me feel uncomfortable. Celtic and Nordic derived paganism (or heathenism) felt rather inviting in comparison, but after learning something about the lore, or even a fair amount of lore, I would feel as if I had a bunch of information but not a lot of stuff to do anything with it. Furthermore, much of what we have for those traditions remains mired in the medieval Church’s representations of a pagan past and a good amount of questionable medieval folklore. Jan Fries summed up some of that same dissatisfaction as he reflected on writing Cauldron of the Gods: “There is far too little practical material in surviving Celtic lore. I’m fed up with question marks, medieval myths, and idle speculation.”[1] Yes, we have various Celtic and Nordic Reconstructionist groups out there, but I find myself skeptical and/or resistant to much of what they do. The GD would encourage me to squeeze the Celtic and Nordic lore I wanted through the GD-themed qabalistic and elemental matrix of symbolism they developed, but that struck me as even more problematic. Furthermore, especially these days, I can see how I would want to address questions and concerns about cultural appropriation.

One can argue—and I’m sure someone has already—that the GD participated in the British Empire’s cultural appropriation of Asian and Near Eastern beliefs and cultural artifacts. Many pagan and neopagan movements have arguably appropriated indigenous practices and symbols in the various “shamanism” styles that exist. Coming from a white and mostly middle class background myself, I didn’t think about these concerns during my early esoteric explorations. However, they do occur to me now. And while many of my peers might argue that all religion and practice have necessarily developed through processes of syncretism and hybridity and forms of adaptation and appropriation, to not acknowledge or to try to account for the problematic aspects of that process, especially when traditionally entitled and privileged populations engage in such appropriation, smacks of laziness, continued entitlement, and continued exploitation.

Now, a cynical reading of my resistance would also say that I didn’t “want to put in the work” or lacked the discipline to apply myself to one of these systems and go from there. I remember one acquaintance argued that my eclecticism would make others—the important and established people in the various esoteric communities—view me as fluffy and ungrounded (in tradition). This argument veers too much into popularity and cliquishness: the cool kids are doing this; why aren’t you?

This kind of rhetoric shows how particular forms of ethos and pathos dominate esoteric and pagan communities: we do not define our practices in terms of logos, or if we do, then we have to acknowledge the limits of that logos (much as any faith must qualify its logos). We want faiths and practices that speak to us, a primarily pathetic engagement, and lacking a strong extrinsic or logos basis for the faith and practice, so much of our willingness to engage with a system comes down to pathos (how we feel) and ethos, the character and reputation of the people we engage with. I would argue that in many cases, the ethos of leaders in esoteric communities derives from our perception of their authenticity and legitimacy as spiritual authorities and authorities on lore and etc.

Of course, other cynical readings can include that I had emotional and other blocks that I needed to overcome before going too far into any system, and most systems are all too willing to engage with you to help you through. Indeed, my strong impression is that many systems want you to engage with them so that you can overcome your blocks using and through that system. Magic and religion have persistent therapeutic aspects to them. Psychology in many ways represented a secularization (well, a Western European/American secularization) of those therapeutic aspects, albeit bound up within other symbological and cultural systems.

However, I kept feeling that I didn’t trust institutions and systems and other people wanting to impose what amounted to worldviews on me, including a worldview on how to view myself. After all, I felt drawn to seek after some solution precisely because I had started to question those impositions from the dominant culture I lived in in the first place. It would be counterproductive to merely submit and subsume myself within some alternative system that I would find myself trying to escape at a later point. That said, I would find elements of some practices that (1) made sense, (2) inspired me in some fashion, (3) correlated with similar ideas and practices elsewhere, (4) inspired me to make sense of those elements and/or other elements, and/or (5) seemed to reflect my own experience. Some elements I would recognize as potentially empowering and effective and meaningful. Others were problematic, or my understanding was problematic.

One approach I began with long ago was to start coming up with names for things—concepts, places, states, etc. I do the same thing today. In part, I did this naming to try to concretize some idea in my head—with Talker: for example, elthil gets at this aim in part. Most people like to say energy, but I’ve found myself resistant to many of the metaphors associated with the energy paradigm, especially where it comes to the idea of quantities or amounts of energy. I think many folk fall into conceiving of magical or mystical energy in the same ways we’ve come to conceive of electricity. Electricity metaphors for magical energy are rather common, and I’ve found myself resisting thinking of myself in terms of “circuits” or even “grounding” (which gets into another set of associations, as well). In practice, energy also points to concepts like experience, information, flows of stuff, resonance, qualities, and more. So I named it elthil instead.[2]

I will also name concepts or things in an attempt to also make it my own, or at least to lead me to have my own take on it. Sometimes, I would name things because I really didn’t like the terms I’d encountered. Fetch can be Vivi within Feri (or Faery, or Faeri or however folks want to spell it today), Child Self, Younger Self, Sticky One, Nephesh, and so on. However, I felt uncomfortable using Vivi and the infantilized associations strike me as problematic and constraining for Fetch. Also, those words weren’t helping me connect and align with Fetch in the ways I wanted. So I went with Taniel, which has something more like “Walker” as a meaning for me. This practice allows me to conceptualize these elements of my practice and belief for Talker and allows me to distinguish my use of these terms from others.

Next, I’ll move into approaches I’ve been (gradually) working on for (re)framing and (re)weaving my Talker before hopefully moving on to God Soul.

[2] Admittedly, my Deep Mind likes to give me Sindarin and Quenya-like “barbarous names,” and I will sometimes use Quenya and/or Sindarin when I try to cobble together terms for which Deep Mind may not be immediately forthcoming about.