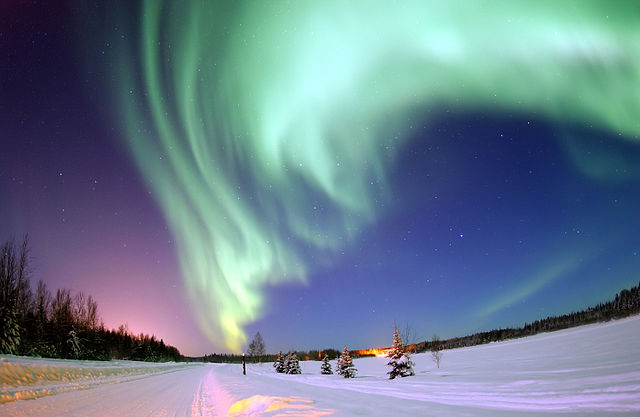 I continue from last time.

Athena is in these senses a divine analogue to the human intellectual capacity, and that Proclus, like other writers, represents that capacity in terms of light.

For example, Giordano Bruno draws on the Neoplatonic tradition that Parmenides and Plato influence. The light begins out of God and moves forward:

Thus, there is a descent from God through the world to animals, and an ascent from animals through the world to God. He is the highest point of the scale, pure act and active power, the purest light. At the bottom of the scale is matter, darkness and pure passive potency, which can become all things from the bottom, just as He can make all things from the top. Between the highest and lowest levels, there are intermediaries, the higher of which have a greater share of light and action and active power, while the lower levels have a greater share of darkness, potency and passive power.[1]

Bruno also notes how light “remains in a thing within its body,” and this divine, lingering spark reflects how many traditions frame enchantment and enlightenment.[2] Bruno also frames magical sympathetic connections, “bonds of beauty” as “a brightness, a beam of light and a certain motion, or at least its shadow and image and trace…spread out first into the mind…[and ultimately] into matter, which it supplies with forms.”[3] Like Parmenides, light and dark again mingle by necessity in Bruno’s philosophy, though he frames light as ultimately superior (and masculine), but the result is that contrast and difference result in “delight” and, I would argue, enchantment.[4] That enchantment—“delight” as Bruno terms it—depends on the complexity of wholeness. A “thousand [different things] is a unity” of great complexity, and

Or, I would argue, the beauty of colors we encounter within the universe.

Bruno offers more on light in his The Shadow of Ideas while also pointing to the imagination’s relationship to light. For Bruno, reality is that which we apprehend “within the transparency of the soul, bounded by the opacity of the body, the human mind experiences that image” of the truth “by way of internal senses and rationality,” via the “shadow of truth.”[6]He distinguishes shadow from darkness, arguing that “shadow is the tracing of trails in light, or the sign of light in darkness, or is a mixture of light and darkness, or” is something separate all together. The shadow is something ambiguous in its relationship with truth, for it can be “neither true nor false, or perhaps it’s both true and false…a participant in light” but by no means “the light [in] full.”[7] Shadows are contingent and circumstantial phenomena.

These shadows are not lies, deceptions. They represent more the Form lurking in Aristotelian substance (hyle). The shadow is instead a protective shadow, the shadow under which we find relief from the light, which allows us to contemplate the light. As Bruno puts it, “From it are derived and emanate those things that we produce in intelligence and memory, and which at length end in the light.”[8] The “shadow mediates” our experience of light, “tempers the eyes to light.”[9] In Bruno’s metaphor, he figures light as passing through “the transparency of the soul” thanks to the “faculties of [the] mind” to yield an “image.”[10] This process we know better as the way a lens (here the soul) refracts light into a form useful to our desires. The general mental faculties Bruno points to fall under, yes, what we these days might call intelligence but which also include the imagination–the ability to form images (image-ination). Significantly, although we normally think of intelligence as primarily a matter of understanding and intellect, the older sense of “mentally apprehending something” becomes pertinent, since this association points to the imaginative faculty.[11]

In this sense, the imagination contributes to the enchantment of the world, and other writers in the Renaissance expressed similar views. In his Defense of Poetry, Philip Sidney offers one of the first examples of literary theory in the English language, and much of what he argues about poetry applies to any artistic discipline. Sidney contrasts nature with the kind of world artists produce in their works:

Only the poet, disdaining to be tied to any such subjection [that is, factual representation of the world], lifted up with the vigor of his own invention, doth grow, in effect, into another nature, in making things either better than nature bringeth forth, or, quite anew, forms such as never were in nature, as the heroes, demi-gods, cyclops, chimeras, furies, and such like; so as he goeth hand in hand with nature, not enclosed within the narrow warrant of her gifts, but freely ranging within the zodiac of his own wit. Nature never set forth the earth in so rich tapestry as divers poets have done; neither with pleasant rivers, fruitful trees, sweet-smelling flowers, nor whatsoever else may make the too-much-loved earth more lovely; her world is brazen, the poets only deliver a golden [world].[12]

Sidney’s rhetoric participates within the larger Renaissance worldview that the world is a garden, granted to humanity by deity to tend to and improve, and that worldview partakes of the beliefs that contribute to the current ecological problems stemming from a purely human-centric perspective.[13] However, Sidney’s argument reflects one way of conceiving of the world as enchanted, and that enchantment rises in part through the human imaginative faculty. Sidney identifies that faculty as a mortal reflection of divinity.[14] Sidney also points to the “inward light” of humans—and its association with artistic, imaginal action—as a factor in this ability of the imagination to act on nature.[15] Where Sidney speaks of nature, readers can see he refers to the world and to society, especially given his Horatian view that poetry (and thus art) should delight and instruct.[16]

Next time: the Golden Dawn and the three souls/bodies

[6] Giordano Bruno, De Umbris Idearum: On the Shadows of Ideas & The Art of Memory, translated by Scott Gosnell ([Port Townsend, WA]: Huginn & Munnin, 2013), 23-4. All further references to Bruno refer to this text.