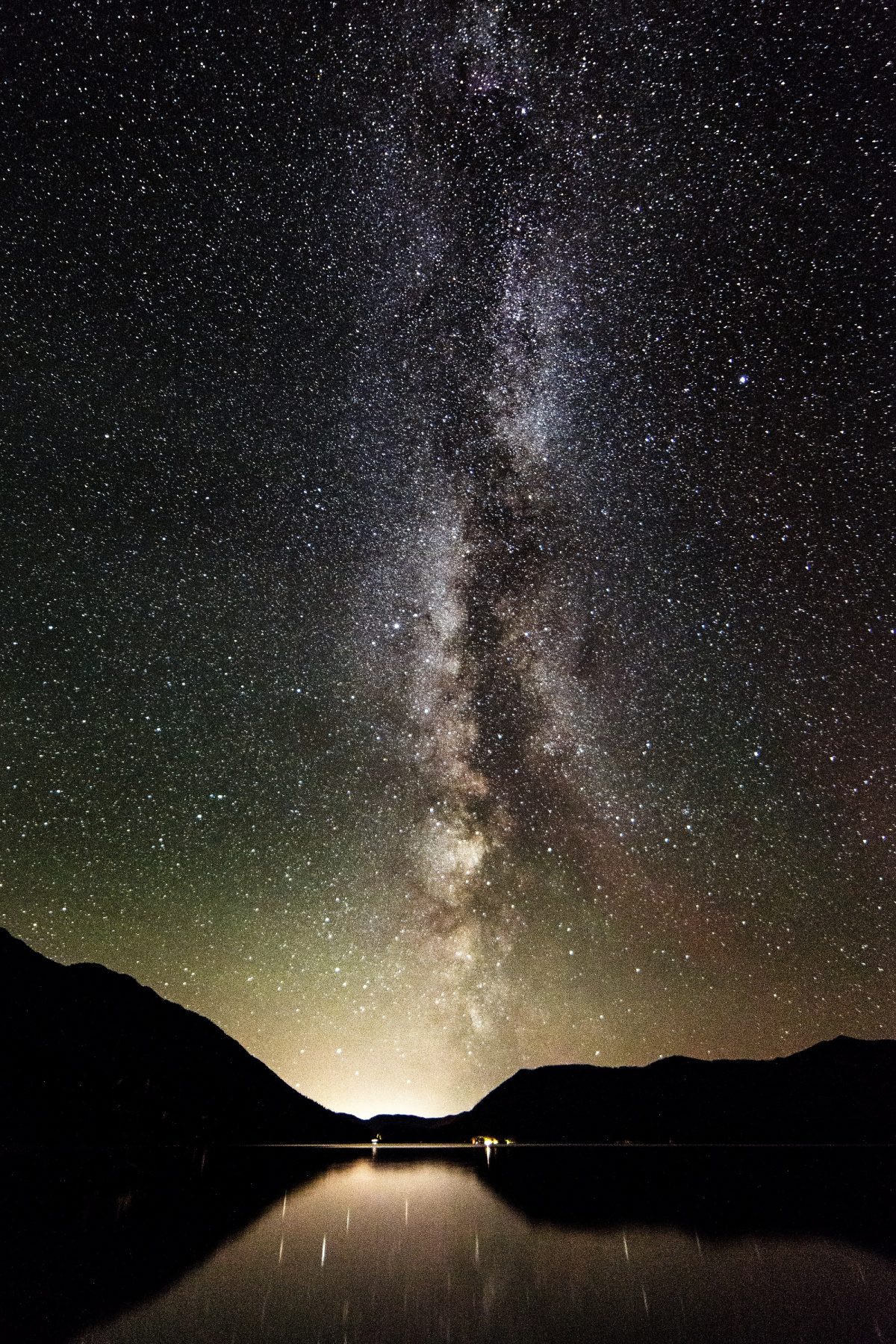 The last week has been weird. I had stomach issues in the middle of the week (something I’d been taking went off, I suspect), allergies (I think from the cat—and dust), and forgetting my watch and keys yesterday at work. I forget my watch on occasion, but this was the first time I remember ever forgetting keys.

Meanwhile, lots of stuff was going on:

As much as I’ve felt I’ve had something clunk into place, allergies and feeling off from my stomach have kept me from charging forward—but I have to wonder if that’s a feature, if these things need to come into their own in their own, unconscious, other worldly time rather than my conscious one. (They probably do.)

Along the way, I have found myself having to reflect on my assumptions about a good number of things, but the “angelic” has been among them. The actual definitional distance separating angel, demon, and daimon is something worth interrogating, especially given how angel and daimon point to intermediary or mediating beings or forces: angel meaning messenger while daimon/demon comes out of a mess referring to intermediate beings between the mortal and the “divine,” including “god, goddess, divine power, deity, destiny, fate, good or evil genius of a family or person” in some instances. Demonic etymologies seem to often reference Socrates’ daimonion and include a glossing of the term as connoting an “inner or attendant spirit associated with a person.” I note the OED prefers to refer to this spirit as “the genius of Socrates,” rather than his demon, which masks the supernatural component of Socrates’ relationship with this spirit given modern English’s rather egoic associations for genius. The “genius of Einstein” is a far closer association most folks will have for “the genius of Socrates” rather than how Socrates himself seemed to understand his relationship with his daimonion, despite the contortions of scholars trying to reframe the voice Socrates heard into being “Reason.”[1]

I’m not trying to make an etymological argument here—or to myself—so much as I’m reminding myself that angel and demon wind up being categories that humans have pinned to different beings and classes of beings, some beings being dubbed angel and demon at different times. We tend to associate angel positively, so we assign “positive” or “helpful” spirits as “angels,” and vice-versa for demons, but it’s long-observed that angels and demons are both often horrifying and awe-some and terrible from most human perspectives. And, well, most folks have conventionally treated angels, demons, faeries, jinn, ghosts, and spirits of most any stripe as dangerous and unpredictable, as beings you don’t want in your life or community.[2] But that’s how it is for most folks, even as the distance between a plague demon/spirit and the angel of infectious diseases is itself arbitrary.

There is also the commonplace that angels are celestial or superlunary beings while demons are sublunar, terrestrial, or chthonic. In a sense, it’s a reference to a three-part division of the cosmos into upper, middle, and lower worlds. Now, while many indigenous peoples have a three-world division—for example, Willerslev identifies such a cosmology with the Siberian shamans among the Yukaghir—I have learned to become wary about how the West has chosen to understand and propagate that cosmology. After all, beyond the imperial, taxonomical project that has been an endemic problem of anthropology that the discipline has been moving of late to address and correct, the West has lived with the legacy of a very similar cosmological model.

The Great Chain of Being emerged out of the Socratic tradition, reaching its fullest, most rigid expression in early modern Neo-Platonism, but the rigid hierarchy and teleology remains a fixture of modern Western religious and cultural logic. In the Chain, God is at the top, decreeing a descending series of layers of reality and orders of beings, with each link in the chain reflecting key hierarchical elements on the way down. For example, just as God is King and Father and (an almost literal) Head of the cosmos, so is Christ King and Head of the Church (and “Father”/”Husband” to his brides (whether nuns or the body of the Church), so are Kings as unto God and Fathers and Heads of kingdoms and fathers kings and God and head of their families.

The resulting hierarchy ends up creating a three-fold cosmology, as well, with the heavens, earth, and hell arrayed. The Great Chain ends up being more a pyramid scheme of hierarchical organization, and we still have that impulse towards a single, central hierarch with descending orders in most cultural contexts. The logic of the Great Chain and its God-decreed structure provided justification and rationale for top-down social structures, with any disruption or resistance against that structure treated as Luciferian or diabolic. The Elizabethan “Homily Against Disobedience and Willful Rebellion” (1571) frames all rebellion in those explicit terms. Everything was fine until evil entered the cosmos through the first “breach of obedience, and breaking in of rebellion, [through which] all vices and miseries” entered the world, and rebellion has its “first author” in Lucifer and his rebellion. Rebellion becomes “the root of all vices, and mother of mischief,” and it becomes the one creation Lucifer brings to the world, which he reproduces in humans to result in the Fall. Accordingly, the official Elizabethan position was that subjects should always obey their leaders, even the evil ones, to avoid reproducing that original rebellion once again. All rebellion is satanic.[3]

If nothing else, the fact that resistance and rebellion remain framed by authority as essentially diabolic, as devilish, as against God or reason or right action or the good while rebels are devils and ingrates, presumptuous or grasping opportunists—well, this representation of rebellion remains a persistent refrain today, even if the secular strands of this Great Chain of Being put the State or Dear Leader in the position of God, Father, and Head.[4]

Accordingly, I have to question that rigid hierarchy—that descent from the Highest to the Lowest—and that includes questioning the placement of the angels above the devils below. That said, there’s a long tradition of thwarting angels—you can see that tradition in the Testament of Solomon and again in strands of the grimoire timeline, such as in The Goetia of Dr. Rudd where different demons have thwarting angels that a magician can invoke to make the demons fall in line. But perhaps it’s the blanket assignation of angels to a particular sphere and demons to another is what I am questioning.

Anyway, my point is that I wonder how much western interpretations of three-worlds models have represented them as rigidly distinct because that’s the cultural logic scholars have worked from within while interpreting other cultures’ beliefs. And that rigid logic has come to inform how most of us come at questions involving angels, demons, spirits, faeries, and more.

I think I am also questioning what it means for something to be “celestial.” I grew up in the era of Sky Lab and ongoing Apollo missions and the original Cosmos. I remember watching Star Trek TOS in syndication and was excited when they announced the Space Shuttle Enterprise. The celestial, the astral, was space.

My own journeying experiences have often entailed starscapes, stellar vistas. But I’ve also seen other perspectives for “up there.” However, it’s taken me reading through Paul Weston’s Avalonian Aeon with my own experiences in mind to realize something rather fundamental. Hell, I’m thinking it’s so fundamental to be almost childish.

The Sky is another country.

Consider the asterisms above in the sky, the signs and decans and more. The western

If you look with “just” your eyes, you’ll see “constellations.” Look! A bull! Made of stars with lines between them! (geralt | Pixabay)

asterisms depict a countryside above us filled with animals and heroes and more. If you look with “just” your eyes, you’ll see “constellations.” But if you squint and look with insight, you will see titanic beasts and landscapes (skyscapes?) and giant heroes and more above. Although my usual understanding of the asterisms above is rather Greek Mythology, Wikipedia tells me the Welsh supposedly thought of Corona Borealis as ”Caer Arianrhod, ‘the Castle of the Silver Circle’…the heavenly abode of the Lady Arianrhod.” For me, I’ve had reason to recognize the Milky Way as a recurring river (sometimes of souls) in the Otherworld, and such a view isn’t without cultural precedent. A quick look at Wikipedia again points me to something pertinent here: “The Kaurna Aboriginal People of the Adelaide Plains in South Australia see the band of the Milky Way as a river in the skyworld. They called it Wodliparri (wodli = hut, house, parri = river) and believe that positioned along the river are a number of dwellings.”

Weston points to an extensive folkloric and mythological corpus about the Glastonbury Zodiac: that is, Glastonbury has surrounding it a series of landscape features that, viewed from a sky-high perspective, can be seen as a British Zodiacal wheel, as if the landscape had been molded to reflect—or reflected on its own—the Sky above. As above, so below, at least in Glastonbury. Weston acknowledges that the historicity of such a premise is nebulous and very much a matter of interpretation of a variety of texts typically treated as “fiction.” However, he points repeatedly to how acting as if there is such a Zodiac has produced real results for many persons and “psychic questers.” And in that sense, this proposition isn’t all that removed from the structures at Giza modeling on earth Orion’s belt stars and other celestial entanglements with the earth.

And at that point, if Arianrhod is a “faerie” and celestial, if Gwydion is fae and associated with Britain and associated with the Milky Way, and similar stellar faerie associations, I have to wonder just what “faerie” or “celestial” can or do contain. The same is also very much true for “demon.” This exploration seems more immediately explicit with the Egyptian and Egypt-derived stellar mythologies, and the decanic traditions that work their way from Egypt around through different Near Eastern mythologies and into the spirit lists of the grimoires. But it’s taken me a while to penetrate the Celtic Twilight and Edwardian haze that has surrounded faerie.

I am not saying that faeries are necessarily angels or vice-versa, or that Arionrhod is an angel, per se. But just as those categories seem more and more ideological blinds that seem less useful and more constraining as time goes on, so too do the rigid demarcation and boundaries separating Upper World, Middle Earth, and Under World seem far more artifacts of cultural logic than necessarily real. And I then have to wonder how that understanding should or does inform my practice or change my practice even. How can I change my practice to accommodate these realizations?

Presumably, doing so entails acting as if they’re valid.

[1] For the OED-ness here, see the etymological section for “demon, n. (and adj.).” For a sample, quick, academic take that tries to complicate the usual rationalizations about the daimonion, take a look at this review for a larger collection.

[2] Some saints and even ancestors wind up being dangerous, too, depending on how you approach them, but as ostensibly Mighty Dead, the saints are generally observed as being more aligned with conventional human concerns and foibles—or at least far more understanding.

[3] Nevermind the fact that Henry Tudor led an army against Richard III, who, even if an evil king as the Tudor Myth painted Richard, was still God’s designated ruler of England. The solve for the Tudors was that God judged it time to replace Richard with Richmond (Henry Tudor, or Henry VII, Elizabeth I’s grandfather).