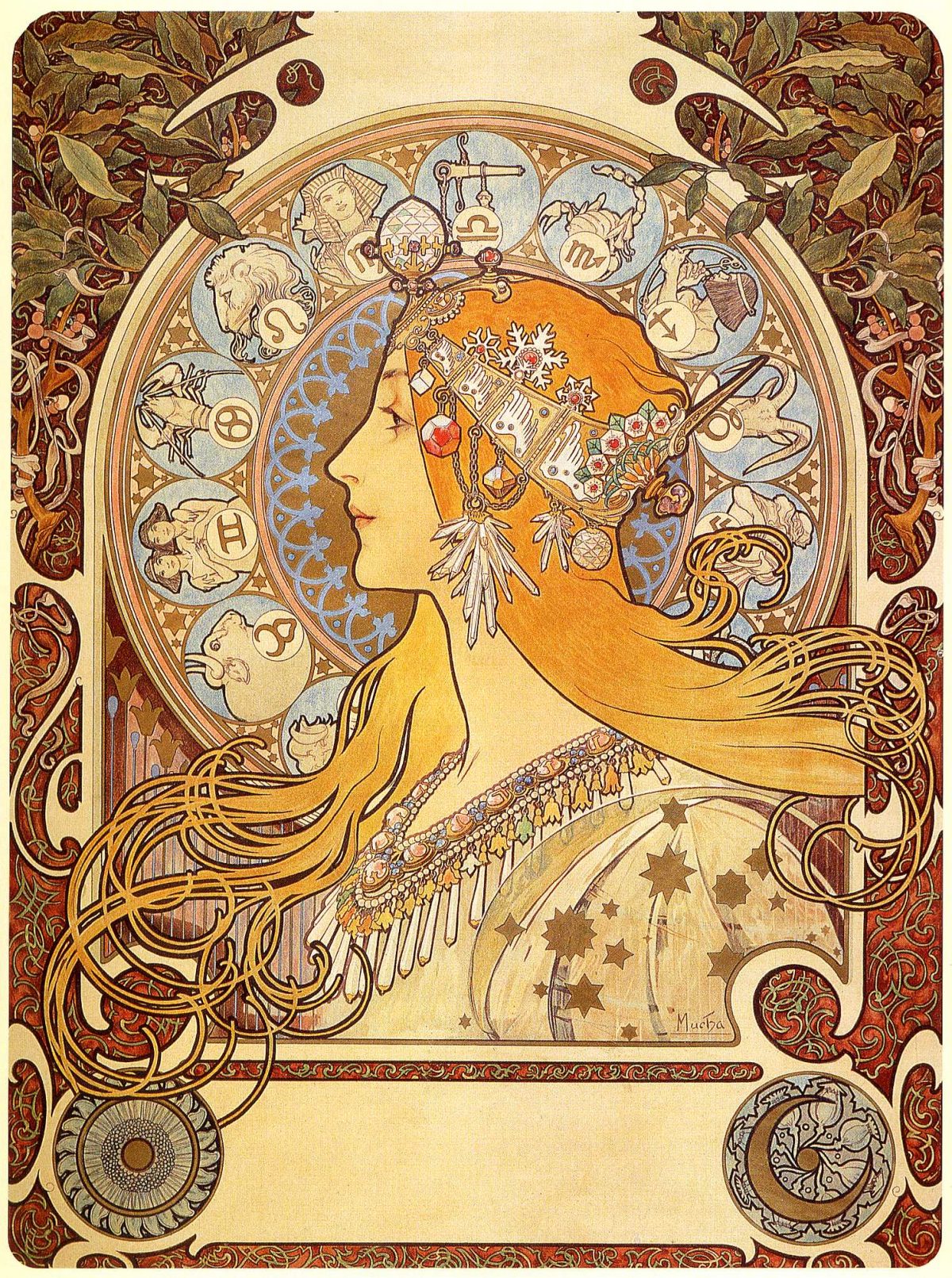 Here&#8217;s one that&#8217;s practical for you. I like to hedge my bets. There are loads of protective and helpful charms, seals, pentacles, and such out there, and not all of them are for defense against dark arts or to drive off the evil eye or evil spirits. Those are very handy, but I also like having some life-enhancement aids, too.

That said, the usual image for what these kinds of things look like has typically—to my mind—been pendants, necklaces, things you wear around your neck. I have a doorknob with various pentagrams, septagrams, chaospheres, medallions, and more hanging from it. But after listening to how a couple of them can jangle much louder than I prefer, and as I found more helpful little charms, I found myself pondering how to move with them without looking like a New Age gift shop.

I should probably first define what I mean here. I’m going to use charm to refer to any easily deployed, carried, or used magical spell or object to provide a particular benefit. For this post, I’m interested in protective (apotropaic) charms and charms that nudge things otherwise in my favor.

Most of the ones I wind up using I pulled from The Book of Oberon and from Stephen Flowers’ Icelandic Magic. Here’re the descriptions of the ones you can find in Oberon:

Now, as I was going through and examining these “charms” (Oberon dubs them “seals” or, editorially, “talismans”), I decided against using some of them because the seal seemed overly complicated for me to achieve using my usual methods or to put on something portable. That said, many of these are social charms: #2 has seemed quite useful! Others are less useful, requiring display, like #9, 14, and 16, but they can be helpful when working in explicitly magical contexts for spirit work. #15 you can make and set aside on your altar or wherever you’ll see it in the morning since you just need to see it once a day.

Similarly, in Icelandic Magic, edited and translated by Stephen Flowers, you can find several “charms” that seem readily adaptable to other magical contexts:

Now, Flowers offers a ritual outline/shape that relies on invoking Odin and meditative trance work while working with paper or other media to make the charms. Oberon lacks any specific ritual instructions for preparing the seals. Accordingly, I would argue that the means for enchanting and consecrating such charms seem quite adaptable to individual forms of practice.

You can also find “charms” like the planetary pentacles from Mathers’ Key of Solomon. Mathers’ edition—which has its own complicated editorial history—observes that

These pentacles are usually made of the metal the most suitable to the nature of the planet; and then there is no occasion to observe the rule of particular colours. They should be engraved with the instrument of art in the days and hours proper to the planet.

Saturn ruleth over lead; Jupiter over tin; Mars over iron; the Sun over gold; Venus over copper; Mercury over the mixture of metals; and the Moon over silver.

They may also be made with exorcised virgin paper [with the quill pen and ink of the Art], writing thereon with the colours adopted for each planet, referring to the rules already laid down in the proper chapters, and according to the planet with which the pentacle is in sympathy.

The matter of which the pentacle is constructed should be virgin, never having been used for any other purpose; or if it be metal it should be purified by fire.

As regards the size of the pentacles it is arbitrary, so long as they are made according to the rules, and with the requisite solemnities as hath been ordained. [emphases mine]

I note that even Mathers’ Key is a rather adaptable text : may, it is arbitrary, usually.

Now, having been working with the Hygromanteia and its timing system and its methods of consecration, for the Oberon and Icelandic Magic charms, I would choose appropriate lunar days, days of the week, and hours for working. (Both books include what are SATOR magic squares, and I consecrated several on Epiphany using Oberon’s version that includes the Three Kings’ names.) I would try to do something similar for the planetary pentacles, which you should fashion in the day and hour of the planet in question. Mathers’ text offers a chapter on “Pentacles, and the Manner of Constructing Them” that ultimately involves creating a circle, making the pentacles, and suffumigation. I would also point to the chapter on “How Extraordinary Experiments and Operations Should Be Prepared” for a rather adaptable prayer for consecration, though I prefer Hygromanteia’s greater simplicity in that regard.

(I note that the chapter on Pentacles I link above is inconsistent with the timing for the planetary pentacles themselves. Some DIY problem solving and adaptability is required.)

Now, I will also note that many of these seals and pentacles and such have elements that long predate the Key or Oberon. Ionannis Marathakis’s edition of the Hygromanteia includes several similar designs on the lamen the magician should wear during operations. Indeed, Stephen Skinner has argued for Hygromanteia’s and the Key’s (and probably some of those in Oberon) pentacles deriving from a long unnoticed Hebrew source, Sepher ha-Otot:

However[,] the pentacles are present, in a more complete form in a Hebrew manuscript entitled…Sepher ha-Otot, or ‘The Book of the Signs.’ This strongly suggests that the pentacles originally come from a Hebrew, not a Greek source. Despite Mathers’ diligence in attempting to reconstruct the Hebrew from the French and English manuscripts of the Key, his work is nowhere as correct or complete as that found in this Hebrew manuscript. Therefore[,] we can say with some confidence that there was definitely a Hebrew original, at least of the pentacles, the proof of which lies in the existence of the very detailed pentacles in the Sepher ha-Otot, and their much less detailed form in the Latin Solomonic manuscripts. The Greek manuscripts of the Hygromanteia are even less detailed being virtual ‘thumbnails’ by comparison.[3]

Given that the “thumbnails” of the Hygromanteia were sufficient for operations, or that the Key’s less detailed pentacles were still considered efficacious, indeed key to operational success, I would argue that the general shape, the glamour of the pentacles, and the intention behind consecrating them may matter more than absolutely faithful reproduction. And while returning to Sepher ha-Otot might prove a powerful option for someone operating from within an authentic Hebraic mystical or magical tradition, I would feel less problematic going with the otherwise grimoiric mutations of those original designs.

I do my sigils on black post-its or on black cardstock, with a silver pen. I use modern pens, though I will use the consecration of the “pen of the art” and the invocation of the “angel of the great will” for consecrating/magicking up my sigils—and by extension, my charms.[4]

Otherwise, how do I go about carrying a pile of charms? I have several prepared for my billfold, and I prepared those that seemed appropriate to use as carried charms on paper in my billfold. It’s got plenty of spaces, and I use—ahem—an old CCG card protector sleeve for them. (It&#8217;s also consecrated.) I keep an Oberon SATOR square and another charm inside my phone case, out of sight.

Otherwise, I also sometimes go walking and don’t want to carry everything with me, but I will usually have my keys. So, I got a bunch of plastic key tags, took several of the tiny slips of paper and a silver pen that’d work well enough at that scale, and I made several charms on those papers, put them all in to one of the tags, hidden behind a blank paper, and bam: helpful charms all in one place.

If you’re looking for a general consecration outline, here’s basically what I do:

I usually let them “cook” overnight before putting them wherever they need to go.

It’s easy and maybe tempting to overthink what’s involved in making these kinds of charms, especially for a modern practitioner. Also, don’t put all the work onto them alone. I use the Oberon charm for “everyone [to] be joyful to you,” but I think of it as a probability enhancer: being courteous and polite also helps.

Otherwise, if you&#8217;re a bit skint or lack a good source—or if the charms you find just don&#8217;t work for you in your mind and imagination, make your own. The same rules for sigil design can be adapted, and I would encourage you to take a look at Benebell Wen&#8217;s The Tao of Craft with an eye on how to adapt the principles she describes in that book, especially the idea of cloud script, to your own creation of sigils and charms.

[4] You can find these in Ioannis Marathakis, translator and editor, The Magical Treatise of Solomon, or Hygromanteia (Singapore: Golden Hoard, 2011), 159-61.