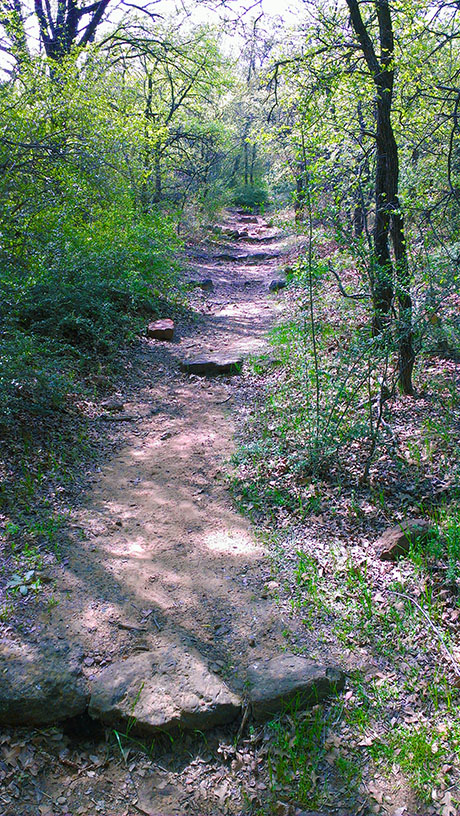 I hear more horror stories about how people (often white men, but not always) abuse, threaten, and otherwise treat trans women, & I feel myself imagining myself in revenge fantasy worlds, project these monsters onto the rest of the world. And I notice that I’m erecting a fantasy world around myself that is enclosed, an obsessive reality in my head that I want to project outward onto the broader world. And this fantasy—this miniature Otherworld I’ve fashioned out of anger—is little more than a despairing, hateful revenge fantasy & a reductionist way of viewing the world beyond me.

But it’s the same kind of egoic fantasy that these people make for themselves, where cishet white men & their allies imagine revenge-driven heroics, imagine some sense of (ultimately false) agency that doesn’t require self-reflection, or acknowledge that anyone else’s concerns matter. And so long as supposed leaders erect & feed these glamours[1]—because that’s what they are, really—these would-be heroes can cede agency & power to others who take & use that power & try to actualize their imagined world. Hannah Arendt points to, argues this, when talking about where totalitarianism comes from.[2]

At the same time, these fantasy worlds don’t ask people to imagine themselves as other people; these fantasies encourage them to think themselves as victims, as heroes, as virtuous & right. The ego is affirmed, doesn’t have to expand to accommodate, to relate to others in any but the most facile & (often) antagonistic way. The monological “disenchantment” proceeds with only one worldview—their own—recognized and heavily regulated.

For me, I see that this thread is where Carl Schmitt’s views on sovereignty & the “sovereign exception” come in.[3] Schmitt argues that the sovereign, or whoever wields effective sovereignty within a culture, is whoever has or claims the power to decide what to do when a supposed emergency occurs. These emergencies have to entail some threat that lies outside what established law handles or recognizes. In a sense, the “emergency” can be nothing more than circumstances outside the legal framework (the world & model of reality the law imagines), but this situation can include anything Other than the prescribed normative culture. Schmitt frames these emergencies as being existential threats to the law and its state, but history points to how threats to the security of the state can range from rock music to asteroid strikes. Now, by Other I mean anything and anyone who don’t fit in with a cishet white patriarchal capitalist classist human social order.[4] The sovereign is given the power to contextualize & to weave the emerging, dangerous thing into the legal narrative (and Jerome Bruner and Making Stories comes in here for me, as well)–& the sovereign makes the Other into exceptions to the law. In doing so, the sovereign assimilates the Other into and under the law. Often, the Other is criminalized, disciplined, pathologized.

And as many people have noted—Laurie Penny comes to mind right now—all the cishet white men & women have felt confused & threatened by “diversity,” by having to imagine the previously obscured Other’s perspectives, and they perceive the emergence of the Other into the mainstream as challenges to their ego & identity. And they want to avoid confronting their complicity in the fucked up shit of the world, so they complain, they say the Other is “politicizing” things that were always already political, they accuse the Other of subverting Order & Good & stability. Or perhaps they feel tired because previously they were able to be emotionally & intellectually lazy & entitled & privileged their whole lives by not confronting the Other and the problems the Other have always faced. So they give power to supposed leaders, become supposed leaders, or they tune out & withdraw–& let the monsters gain power. And the Other continues to suffer & must survive the systemic & explicit violence of the dominant culture.

And I think about the views of, the fetishification of the “noble savage” and how (often) white men have tended to see the “savage” as having a pure & unpolitical, thus “un-tainted,” society because they see the “savage” as not having to account for Others while they get to live “close to nature.” And people will fantasize about living in, joining, or creating such societies in a heroic fantasy of tribal (& racial) purity. The tribal polytheistic BS that disclaims politics is often guilty of this very political wet dream. Cosmopolitan, diverse cultures are seen as “corrupt” because those cultures force people to expand their identity & ego beyond themselves, to include people who deemed alien & strange.

I would argue that human society has always been this way, or so it seems. Trying to imagine alternatives to this BS has historically been difficult, often tripping up on any number of things (political, economic, etc.). Authority frames them in unreal terms, in delusional terms to disenchant them: as Utopianism or mere “fantasy.” The current era–& the omnipresence of art and media—makes censoring more difficult even as it’s easier to distribute official imaginary views of the world, but while counter-narratives can be “noise,” the signal of the dominant culture still falters. It will try to assimilate what it can, to contain as much subversion as it can. It will try to convince us to succumb to despair, to give up. It will try to convince us that we’re dealing with “human nature” or “economic” or “political reality.” However, we also have many small pockets, communities where the signal strength of the Other is stronger and can thrive.

But the distance between the spiritual, the psychological, & the political has always been minimal, even if we are told otherwise. Our opponents have always known the truth, even if they don’t articulate it in these ways. There’re reasons why religion, orthodoxy of behavior & right belief, commodification of nature & self, & politics go hand-in-hand.

In a very real way, we’ve been fighting wars of ideas—and from a polytheistic, pagan, magical perspective, Otherworldly wars—for ages. But these ideo-logical, imaginal, magical conflicts—that intersect with blood and bone and murder—require cunning, discretion, persistence, and courage. But they also require us to be honest with ourselves, to engage in profound self-reflection, and to keep grounded in not only the world and nature but also with other people.

[1] Humans like to accuse faeries of wielding nothing more than “glamour”—whimsy and appearances—when the reality is that humans have been weaving glamours themselves for ages. They just don’t want you to believe in others’.

[2] Days ago, I saw Molly Crabapple post a quote to Twitter from Hannah Arendt’s The Origins of Totalitarianism: “Before they seize power and establish a world according to their doctrines, totalitarian movements conjure up a lying world of consistency which is more adequate to the needs of the human mind [i.e., ego] than reality itself; in which, through sheer imagination, uprooted masses can feel at home and are spared the never-ending shocks which real life and real experiences deal to human beings and their expectations.” Via Hannah Arendt, The Origins of Totalitarianism (Cleveland: Meridian, 1962), 353 (emphases mine).

[3] See Carl Schmitt, Political Theology: Four Chapters on the Concept of Sovereignty, translated by George Schwab (Chicago: Chicago UP, 2005). See also Giorgio Agamben’s Homo Sacer for the biopolitical response to Schmitt’s theories. Many scholars have, of course, called attention to Schmitt’s own juridical complicity with the rise of the Nazis.

[4] I include human because, as the dominant culture makes clear, fuck nature and animals and…