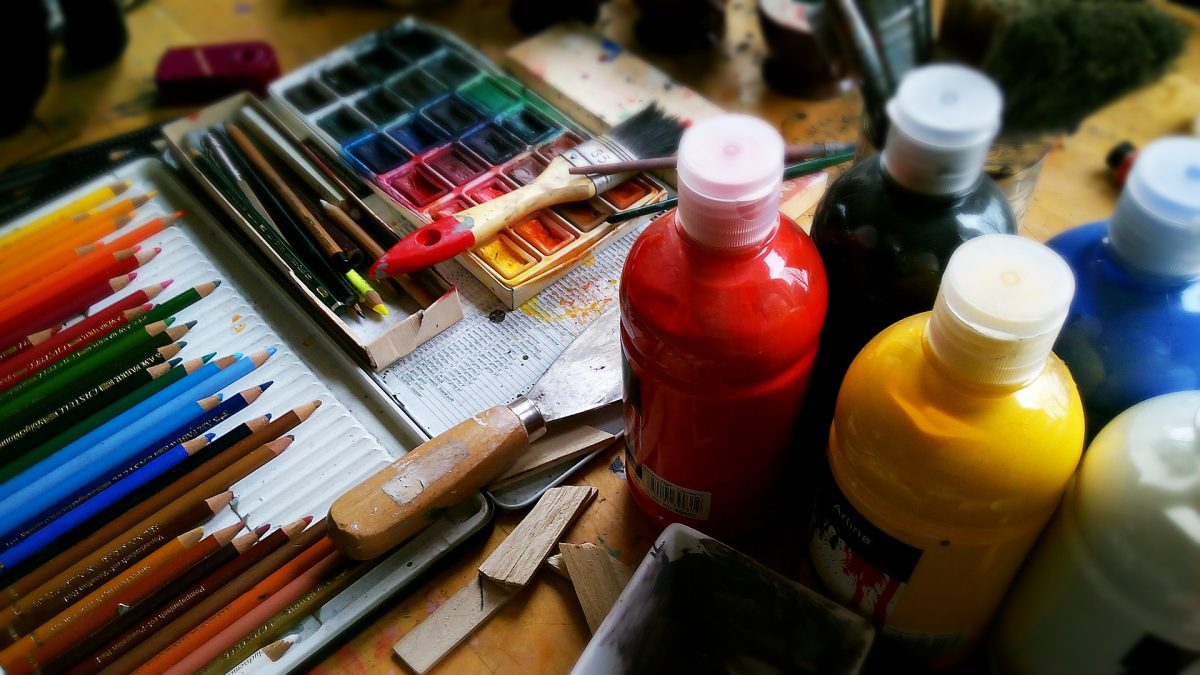 I’m going to get at this from over-educated nerd territory.

In regards to the ontology of art, Heidegger discusses that an artist produces a work of art, and that work of art has its Thingness and is itself an instrument or tool. He and Adorno both get into this territory, with Adorno building on Heidegger and moving towards its political dimensions. But let me get at this instrumentality of art and go from there.

For example, Dante Gabriel Rossetti as artist creates the painting Proserpine.[1] Once he produces the finished physical object of the painting, it exists on its own, independent of Rossetti. Anyone can walk up to it and experience Proserpine. Rossetti is no longer required. (Imagine how much artist-angst is out there about this, non-artists, but also how cool that is.) Yes, he’s responsible for creating the art-object. His agency has led to its creation. He’s necessary for it having been created. But we don’t need him anymore. We have it. Well, the Tate Britain has it. (I’ll address the fact that you saw a digital copy here momentarily.) The Tate Britain helpfully tells me that the painting as an object measures 1605 x 930 x 85 mm (63.189 x 24.016 x 3.346 inches). It is oil paint on canvas. It has however many kilograms of mass. All that said, none of that matters too much.

You see, it’s the object of art—the “work of art”—that serves as a tool or instrument to allow the audience, the viewer, to experience the art itself. As a painting, Proserpine lets us experience the Proserpine art. We look at the painting, and if we choose to do so, if we let ourselves and let it, we can immerse ourselves into that painting. We can imagine looking at the painting and focusing on it, letting it dominate our vision until it encompasses our vision and senses, and, well, we immerse ourselves into it. It’s like we’re standing there before Proserpine (we probably don’t think about Jane Morris, the Stunner model, but she’s entangled in all this, too), there with the bowl and plants, the fruit—

And in a way, when we immerse ourselves into the art itself, it’s as if we’ve entered into another world for however long we’re there.

So here’re questions. Which is the “art”? The object of art we use to access the image? The paint on the canvas? The vision of the art? The “experience” of the art?

How do you work in the fact that we can also digitally (or otherwise) reproduce the painting?[2] I haven’t been to the Tate Britain. I found it via Wikipedia myself.

Well, as I noted, Heidegger and Adorno really get at how the object of art is an instrument for getting at the actual work of art. However, from a magical perspective—well—

Consider a guided meditation for Proserpine. Not my jam: just using her as an example.  There’s a script for it. Kevin reads that script and records an MP3 of it with music and sound effects. You listen to it and do the guided meditation or a journeying, or whatever. What’s the actual meditation? The script? The recording? You doing it? Proserpine’s domain(s) in the Otherworlds? Where’s the Proserpine-ness?

Consider a ritual for summoning a spirit. What’s the actual magic? Is it the written ritual in some grimoire? Is it the materia and ritual tools? Is it the three days of fasting on nothing but bread and water? Is it the performance of the ritual on August 14, 2016 during the third Hour of Saturn? Is it your performance at any point? Is it the experience—the action and completion and doing of the ritual? Is it some ideal enacting of the ritual? Where is the spirit in all that? Yes, it’s there before you in magic space you established, but it’s also potentially there in the sigil and materials and process of you drawing it or noticing it…

It’s tempting to perhaps only look at the performance at that point of Othello or the meditation or the ritual as the “real” thing—or maybe the ideal realities—and to be fair, Heidegger and Adorno tend to avoid addressing dramatic arts, and Adorno has a snobbish tendency to dismiss anything that’s not fine art/high culture. But, well, I’d put to you that the magic and art is always there along the way, at different points along its and our timelines, in potential and in instantiations: every moment with the Art a moment of enchantment and magical reality. Maybe even the moment when you first imagine or decide to make the spell or painting or poem. Maybe especially then.

It’s easy to look at the spell on the page and not see it as magic. Of course, from a very real perspective, the magic needs someone to do it. That said, we also need the magic there. At least in some (many?) cases. Sometimes even the reading of the magic becomes a part of that magic, as we imagine and let the potential of the magic into our minds and spirits.Featured Image: via Pixabay

[1] At first, I was going to go with Da Vinci and the Mona Lisa, but I didn’t want to deal with Da Vinci fanboys mansplaining La Gioconda to me.

[2] Or, well, see Frederick Jameson, I guess. But there’s some serious angst about replicability of art—even when, well, we’ll produce statues of the BVM or Jesus or your uncle Kevin all day long.