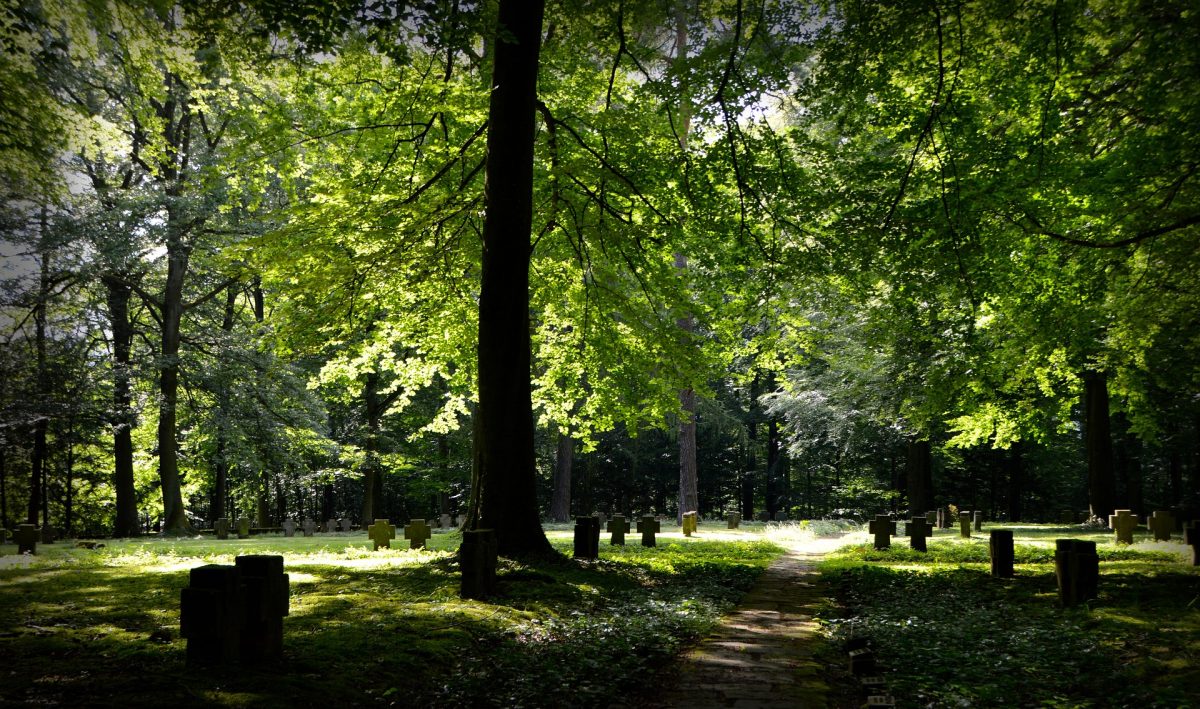 I grew up living in a household with an antique AM radio cabinet that had shortwave reception and still worked—or did the last I ever heard—and we’d turn it on occasionally, and the shortwave was always itself otherworldly. Several months ago I had a dream that I’m pretty sure I’ve mentioned here in the past, and which at the time I realized had been an occasional, recurring dream. In this dream, I’m at an indoor flea market or something like that where there are all these old radio cabinets and old desktop computers with CRTs and even the odd old television cabinet without a working display. Most everything seemed to notice me as I’d walk past them in the dream, and I’d hear lone voices coming in over the antique speakers—breathing, growling, calls for help, calls to see if anyone’s there, etc. The monitors on the computers would pull up newspaper images as I came near them. I saw other folks—not many—also moving through the “market.”

Moving onwards along the rows and rows of these haunted devices—almost like the Dead had been caught within them—I didn’t really respond to any of them because I didn’t know any of them. But I soon found myself outside at the market, or the dream shifted in that way—and I found stranger haunted artifacts. I remember walking near a giant plastic-looking novelty red king head—kinda like this one but more monstrous and just the head—that emitted a buzzing in my mind, like angry hornets, when I got too close. And I saw in the distance, past some overgrown grass a fenced-off area with several thrones. And if the king’s head felt bad, the thrones radiated malevolence and were fenced-off to keep anyone from getting near them because they were that dangerous to come near, let alone touch.

Now, I note the preponderance of royal imagery—a king, thrones, etc.—and I wonder how much “flea market” is apt here rather than “gallery.”

I was aware that the dream very much focused on the Dead, and even on hearing or finding the Dead. I had the impression I was there either browsing—I stumbled upon it, I think—or I was helping someone find someone.

However, yesterday, while heading out to lunch with friends, I passed by a cemetery I’ve often passed during my life. I don’t pass it often, but I’ve done so enough that it stands out to me. It’s a sprawling affair of over 80 acres going back about 111 years, and as I passed it this time, I noticed a particular area off by itself, surrounded by what seemed to be headstone monuments but which might be fencing, with large crosses planted on the site—a family estate from the looks of it—and what suddenly popped into my head were the fenced-off thrones. And as the rest of the cemetery came into view, I could “see” the other parts of the “market.” I mulled this sudden recognition over lunch before passing it again, and I had the same impressions, even stronger now.

I’ve never visited this cemetery to my knowledge. Or if I have, it was only briefly to the chapel after my grandfather died when I was very young.

That said, I’ve apparently “visited” this cemetery otherwise. Since moving back into this area, I’ve felt how part of me has “walked” the streets of my hometown—at least its east side—since I was young. Up and down side streets and neighborhoods, some of which aren’t quite there in official reality. And I’ve noted how I’m aware of the quality of local spaces. A good swath of the north and east side is comparatively wooded (Old Wood Father), even as I can note areas that seem more “dangerous” and feral than others, where a bunch of spiders lurk, the brook and river tributaries and creeks (the Serpents Coiling through the Earth), and areas that seem even a bit of a lure for whatever reason. We ate at a diner up against train tracks on the south side of the old thoroughfare in the area, and you could feel the train track’s liminality along with the unused territory running alongside it and the industrial decay nearby, inflected by an almost plainsy sense. I’m told the south side of town is hills. We went to eat dinner at a place 20 minutes away in an area of middle class white suburban flight, and even as the Google Maps algorithms fucked with me trying to navigate, we could all feel the sheer—white-flight disdain that bunkered under the shopping centers and faux-southwest versions of an American’s imagination of southern European architecture.

So, I’m getting a better sense of space and land now, but I’m also realizing how that sense has always been there: I’ve just misinterpreted it or tried to ignore it. I’ve dream-walked these neighborhoods for decades—with a pause for many years while I lived elsewhere while going to uni in a town that now, in comparison, feels scoured.

And I’m realizing how the Dead have also been there, on and off, over the years. And for what I’ve learned about the sordid past my hometown has—well, as I said recently,

But my hometown papered (newspapered?) over the countryside with its preferred historical narrative, a history that emphasized its “sleepy” lack of, well, much of anything. It tried to push its humanities and liberal arts narrative in contrast to the hated Dallas’s banker’s narrative. My hometown proffered a “golly, progress!” and “golly, enterprise & culture!” narrative over what, I realized earlier today, was really a kind of Texas gothic weirdness—and Texas racist, white supremacist historical narrative.

Anyway, [recently], I had the sense of my forest—[…]an eruption of the “Green” around “old” western architecture. It was like the old neighbors who were around before all the golly, progress! and golly, modern capitalism! shit that humans papered over the Texas gothic weirdness & racist past of lychings and “strange fruit” that too many of my fellow “white people” don’t know about because towns and cities newspapered over their histories.

But today, as I felt the “nearby” forest, it was like they were the “old neighbors” who knew the truth that the city itself had tried to lie to itself about itself. But deeper beyond that, the old “dream forests” are there—

As I’d reflected on my “walkings,” it occurred to me that I’d been walking over and tracing out paths and routes along the streets and the could-have-been-streets, sometimes onioning down into thin layers of community history-narrative. It’s easy for me to just jump past all that, but there’re things lurking in those layers and fake histories, and I wonder if I’ve been looking for something myself, unconsciously, but—well, there’re monsters in those newspapered streets, and I’m pretty sure there are monsters in that cemetery. Old petty kings or worse, as well as, if my dream’s accurate, the trapped and desperate and angry. And hornets and thrones, and maybe someone running a soul market.