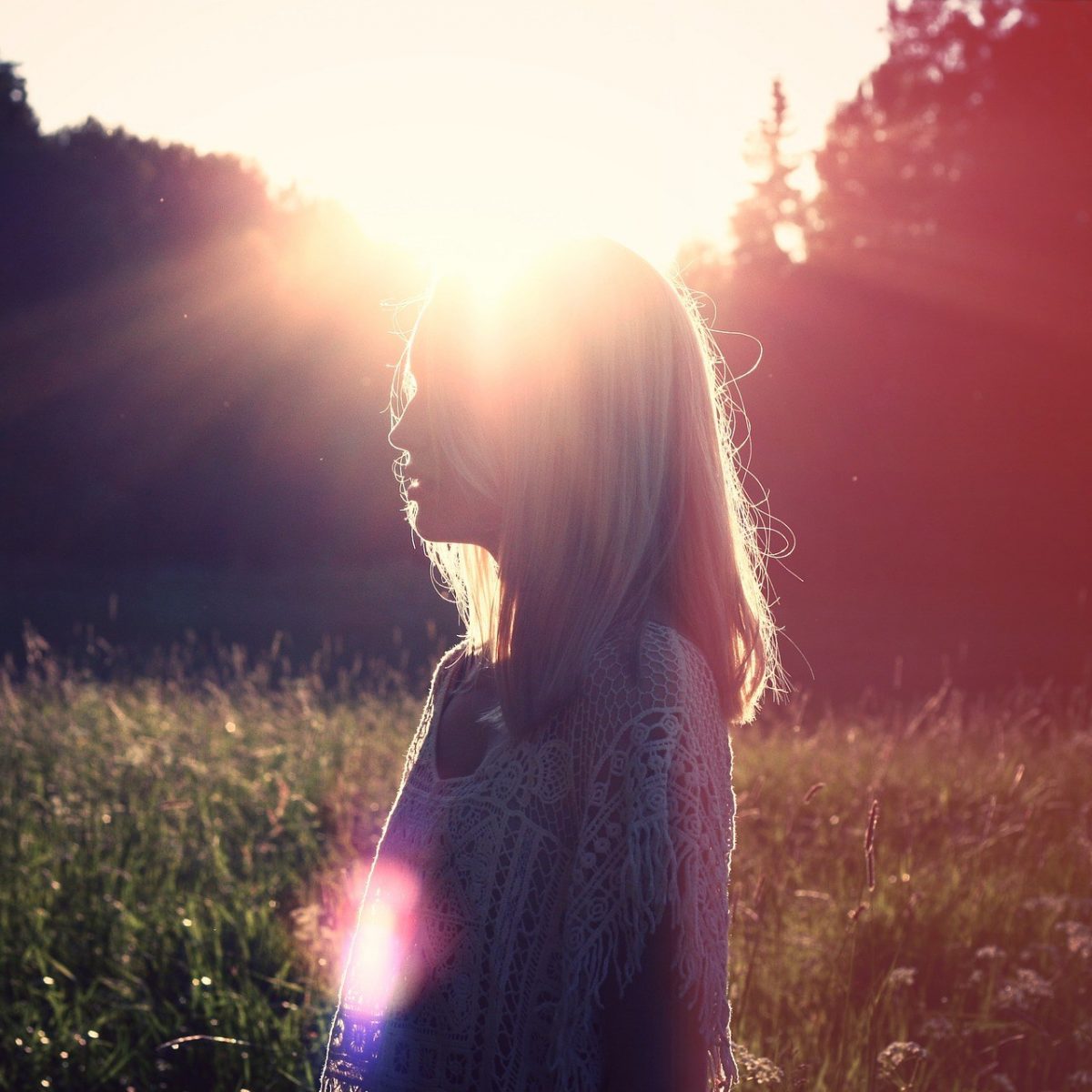 A friend asked me my thoughts on reincarnation, and as I moved past the third paragraph, I figured I’d offer those reflections more publicly. (Take advantage of opportunities to write as they come, I suppose.) My thoughts on reincarnation are sundry. The truth, I suspect, varies widely and conforms to what you expect to find or create for yourself.

I wonder how much the cultural expressions of reincarnation may point to different ways of describing the movement of parts of our spirits—and the body-spirit complex—through different parts of the ecosystem. White Westerners often encounter elements of Southeast Asian perspectives on reincarnation. Of late, I’ve heard examples of how Anglo-American perspectives on many elements of Southeast Asian philosophy and spiritual practice seem unrecognizable to persons living with authentic expressions of those belief systems. I certainly don’t want to contribute to that appropriation here. That said, I wonder if belief in reincarnation in animal forms in some cultures has come to Anglo-American audiences as poorly translated and poorly understood descriptions of our bodies feeding the earth, and then the plants, and then through animals until getting back to humans? That is, I wonder if the human relationship with country and ecosystems are being described? Do these descriptions point to ancestral flows/lines from our families returning to country and, ultimately, back into family?

I don’t know, but I find that an interesting perspective to consider as a Westerner. I think it also helps to resist the usual tendency in the West to conceive of the “soul” as some unitary, unchanging THING, that we have some unchanging “true” “Self.” Shamanic healing practices and soul loss (and recovery) are quite valid and effective practices that complicate any “unitary” soul idea. To borrow from the Egyptian three-part soul model, for the moment, I can imagine that possible description of reincarnation as describing the ka’s progress back into the world, after death. Meanwhile, the ba and akh may continue onto other adventures in the spirit world, perhaps existing in modes of being quite alien to the ka’s more earthly perspective.

Gordon White has pointed to the idea that some past life memories may be us exploring parts of our unconscious here in this lifetime, and it’s certainly a valid interpretation for something otherwise difficult, perhaps impossible, to quantify. I know a white male friend who had a past life regression where he slid into a life as a female black slave, and while he may have been a female black slave in another lifetime, she may alternatively have been a way to communicate/experience parts of his unconscious that foregrounded themselves in those hypnotic circumstances. (The stories about little kids remembering previous lives and deaths seem rather something closer to the mark, though.) However, when we include the potential for remote viewing (through time and space) and human psi, we have a hard time making definite determinations about “This was an actual past life.” That said, one can ask, does it matter?

In Paul Weston’s The Occult Battle of Britain, he recounts claims of several past lives amongst various occultists and occult groups.[1] Based at Glastonbury, the Company of Avalon was quite active in the 1920s, and they found themselves experiencing past lives as persons of note in and around medieval Glastonbury. More famously, of course, and more distinctly, Dion Fortune’s Atlantean priestess past lives offer another example. Nonetheless, as these groups worked together on the “inner planes” and otherwise, I wonder to what degree their “inner plane guides” or spirit guides (or spirit teams) may have been experienced by them as “past lives,” providing them a kind of user interface for them to access their psi abilities, let alone to coordinate their psi abilities together through faces that they felt could do the kinds of magical things they wanted to do. Did these Glastonbury folks’ spirit teams link up, and did their conscious experience of those teams occur through a putative “past life” filter and UI? If so, it would explain how the tech works even as the material facts of history may turn out being contrary to the past life shenanigans they described.[2]

And this is even a point that Weston makes on several occasions. Maybe the psychic questing shenanigans and visionary episodes he describes point to mythological events that “didn’t happen,” but they should have happened, and when people embrace those stories and experiences, results wind up occurring. You have to act as if it is true, and while you do, it may as well be true for what it allows you to do.

There’s something that seems akin to classic chaos magic about this tech, but I would push back against such a take. I understand the chaos magic approach as a trick initiated by the conscious mind’s choice of forms, personae, and so on. The conscious mind chooses a particular persona to adopt, or to adopt a particular “paradigm” or belief system to do some operation. In contrast, my experience and my sense of how the phenomena plays out via Weston’s accounts and elsewhere points to the process being less driven by egoic choice and more by what jumps out from the unconscious, from the imaginal, from the spirit world, to the conscious mind.

That is, it’s less a conscious imposition upon the (conscious) self and the imaginal. It is more a matter of being receptive to the ideas/spirits/images/forms and more that present themselves to the conscious mind. It can then become a matter of trying to determine one’s relationship to the being—is it part of yourself or a distinct person? Does the being act on its own, or do you have to ask/tell it to act? That’s probably a good clue to its relationship with you.

All this said, I do think reincarnation is very much a thing, though unentangling it from other matters is problematic. I find myself wondering how much that unentangling actually matters, too.

I question any dogma surrounding reincarnation, but I believe that many people may have internalized and opted into dogmas, at least for a time, and about various forms of afterlife experiences. In most cases, I would hazard that reincarnation is volitional.

I recently had the wonderful Cassandra Tyndall do a full professional “astro-nerd” reading on my natal chart, and while I had already noticed several actually rather cool things about my chart (with some help from friends), Cassandra helped me see that that coolness went even deeper. Furthermore, I reflect on the fact that I was a month late—as my mother has attested quite vocally when it comes up—and as I think about my chart, I feel pretty damn sure that I was sitting in my mom’s womb waiting for a very particular alignment to happen.

Ultimately, I find myself looking back to my thoughts about the Egyptian model. My “fetch” or ka will eventually go back to country and become part of the ancestral lining we’re all doing. I am hopeful that my ba will have adventures in realms invisible and visible until perhaps I decide to incarnate again.

One of the recurring threads I’ve encountered in my personal work is that the spirit world allows us sundry kinds of experiences and more, but eventually, our spirits can grow old, strange, hungry, and fey. I suspect this dilemma contributes to some of the accounts of fae being like that. I suspect a roaming spirit can continue to change and grow, but, like the living, they have to avoid falling into languid stupors and calcifying habits. If you can keep changing in the spirit world, you can probably carry on there indefinitely. But, if you’re feeling desperate, if you really need a reset, then you can dive into incarnation again.

I would also say that there are factions and agendas out there in the spirit world—as above, so below—and sometimes you need to get folks on the incarnate side to help move things forward, and not always consciously.

[1] Gordon contributed to my thinking with Paul Weston’s magical history here in a recent live Q&A.

[2] I would also encourage comparison to phenomena like Otherkin, where the Otherkin personae may provide persons a UI to access psi ability/magic. I would not necessarily say that such an interpretation accounts for all Otherkin experiences, though.