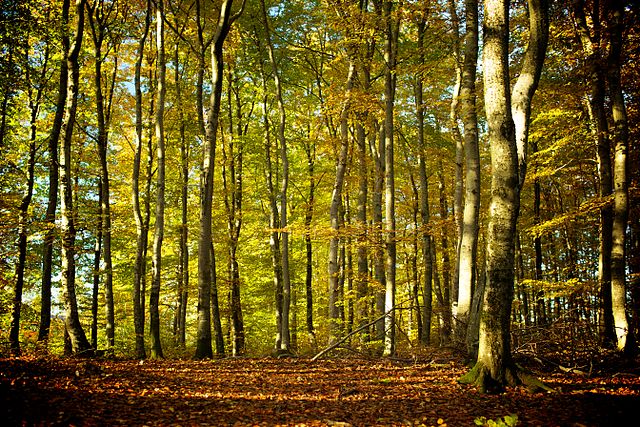 I seemed to project more clearly, though tired, and my pentagram rite seemed clearer, as was I. The Morrigan had broached the idea of priestesshood, and although it has an appeal, emotionally, that represents responsibilities and duties I am not ready to lay claim to. I cautiously clarified I did not feel that was a right decision to make for me right now, in the early stages of where I am now. She seemed to take this as a wise, measured move on my part, done with respect as a daughter. I had an apple, drank two more bowls from the cauldron, and we chatted. I haven’t had a chance to do much with what She taught me yesterday, so we held off, really, on anything new. I asked her about my “lightness”—a product of who I am, of Angus, of currents in the Worlds I tap into—and the shadow of vision, which she said focused on looking into the Otherworlds.

My sense of the branches of Elethis has something to do with my Wyrd—that which has come before, or which may yet occur—and I had my blade there. I had thought about the old dream where the blade of the sword hidden in a stone table spoke and then flew away and fled. ____________ I pulled from her saya, and she was bright and very clear, the root of Elethis and the Green very vibrant there in the HW.

I recalled my own root, and that seemed to awaken it. She told me to seek out the blade that had fled. I said I wasn’t sure where to seek it, but as I rested on the mat and the fire built in my head, I had a sense of where in the Worlds it had gone. This was another shard of myself that I had separated and become lost, and She told me to recover it and perhaps bind it to my present blade. I had a sense of ancient buildings or ruins, maybe akin to that dream, and it resting there somewhere, but there’s a path along the tree to follow.

She also told me She’d like me to study herbalism, though She acknowledged this was a project in the long run that wasn’t economically or locally feasible in the short term. I could do a herb garden at some point, though. She also told me that simple enchantments of food and drink were well within my power: blessings, devotions, enchantments.

___ is very distracted with her present circumstances with ______—don’t begrudge her that, and be social but focus on friendly, not attention-seeking or needy. She’s done a lot of this work for others in your boat.

[work] and other concerns are obsessing your dreams—you need to do something to help reclaim that part of your life, as well. Try some valerian and actually med for a few after [pentagram] and before trying to project. Relax your mind and loosen it from the wire tension you’ve inflicted on it. Find some joy there—and in dreaming.

I spent today’s rite in meditation, using Ravenna’s Old Irish chant that’s pronounced <sheeth co nev, nev co dovan>. I did some basic energy work and spent most of my time splitting Presence between home and the Haven. I would easily embrace being Her priestess but I will not do so because I could not do the role justice. The priestly side of me—the mystic who craves magic—would jump at it, but I will not.

Beyond that, I want community, a magical partner, and similar desires, but I have to be willing to act on those desires. I won’t be reckless—but I cannot, will not, merely wish and wish. I should move to [other city], if I can, in a few years. And I should try to find people in [this area], if I can.

I’d like to have a house with a yard and lots of trees and privacy and a garden in one of the outlying but not hick or whitey communities.

Otherwise, She and I spoke of how I want to live, and my desire for emotional and social courage, but also—confidence, relaxed, brave, confidence. In all areas. But also patience.

Ravenna’s notes on her own difficulty in sustaining a daily practice remind me that I need to keep at mine. So, what is my daily practice?