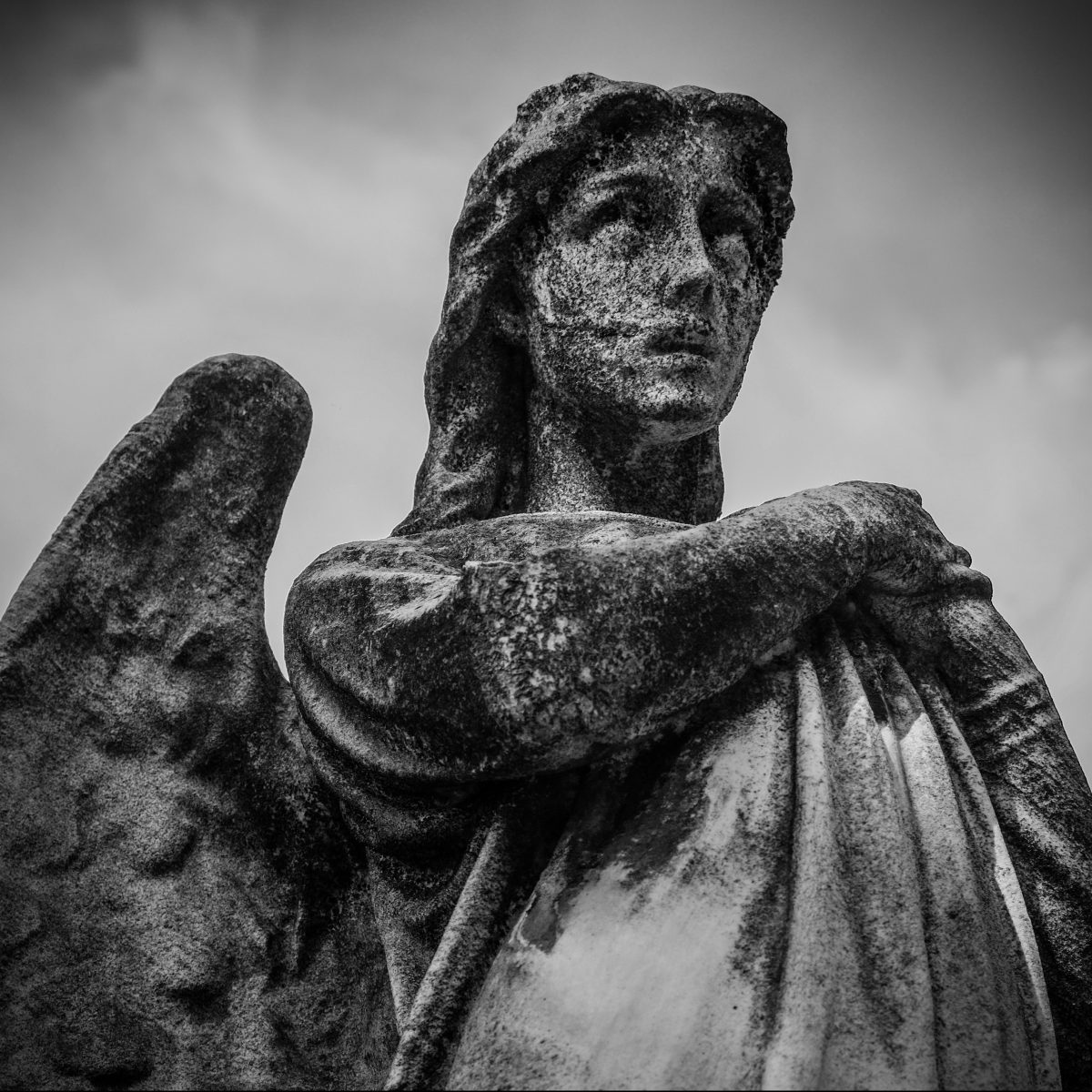 I’ve been knee deep in star magic of late over at Rune Soup, and the tech in question uses Christian prayer to help get things off the ground. Why? The tech continues and builds out of vastly ancient magical techniques. And as I’ve played with it, it works. Meanwhile, Gordon pointed folks to a prayer from A Cunning Man’s Grimoire, edited by Stephen Skinner, and I’ve been pairing it with the tech in the Heptameron. Some folks have bristled at some of the phrasings in the Christian prayer tech.

For example, the prayer from the Cunning Man’s Grimoire strikes some folks as, I guess, bad self-care and demeaning to humankind:

I, thine unworthy servant, do humbly implore thy holy, divine, glorious good and merciful majesty, through thine infinite goodness and love and mercy and eternal love of Jesus Christ, our mediator and messiah, that you will vouchsafe to forgive our manifold sins and to purify our minds, souls, spirits and bodies with thy Holy Spirit…

Respectfully, I don’t think the prayers have been looked at closely enough or in an appropriate context.

I will say, firstly, though, that I understand where the complaints are coming from. Until you jailbreak the tech, it’s easy to respond to much of it like your youth pastor is telling you you’re all going to hell unless you absolutely submit to God, but especially submit to God through their church. Plenty of folks bristle at the surface level of the discourse, and we’ve all had a version of it thrown at us. I mean, Jonathan Edwards’ “Sinners in the Hands of an Angry God” is what happens when this tech and discourse is weaponized against humans:

So that thus it is, that natural Men are held in the Hand of God over the Pit of Hell; they have deserved the fiery Pit, and are already sentenced to it; and God is dreadfully provoked, his Anger is as great towards them as to those that are actually suffering the Executions of the fierceness of his Wrath in Hell, and they have done nothing in the least to appease or abate that Anger, neither is God in the least bound by any Promise to hold ’em up one moment; the Devil is waiting for them, Hell is gaping for them, the Flames gather and flash about them, and would fain lay hold on them, and swallow them up; the Fire pent up in their own Hearts is struggling to break out; and they have no Interest in any Mediator, there are no Means within Reach that can be any Security to them. In short, they have no Refuge, nothing to take hold of, all that preserves them every Moment is the meer arbitrary Will, and uncovenanted unobliged Forbearance of an incensed God.

And so it goes. I never liked that man. And there’s something of a similar veneer in the Cunning Man’s prayer, but where Edwards directs his discourse, his rhetoric, against his congregation, the Cunning Man directs his against God, and more.

Most prayers actually work this way. Look at the Lord’s Prayer:

After this manner therefore pray ye: Our Father which art in heaven, Hallowed be thy name.
Thy kingdom come, Thy will be done in earth, as it is in heaven.
Give us this day our daily bread.
And forgive us our debts, as we forgive our debtors.
And lead us not into temptation, but deliver us from evil: For thine is the kingdom, and the power, and the glory, for ever. Amen.

I note that Jesus is here saying, “Hey, pray like this.” And we have some praise at the beginning, the coming of the kingdom, an “as above, so below”…observation about God’s “will” being “done.” And then Jesus straight up commands God: give us, forgive us, lead us not, deliver us.

Those are imperative sentences and clauses. Those are commands. Compare that to PGM XXXV.1-42:

I conjure you all by the god of Abraham, Isaac, and Jacob, that you obey my authority completely.

This is more performative, illocutionary, in its “I am telling you how it’s gonna be,” but in essence, this is commanding, nonetheless. Or, better yet, consider PGM V.96-172:

I am the messenger of Pharaoh Osoronnophris; this is your true name which has been transmitted to the prophets of Israel. Hear me…listen to me and turn away this daimon.

…Holy Headless One, deliver him, NN, from the daimon which restrains him…

Again, we have direct commands and what I’ll term “coercive predication.”

Leaving aside the question of whether one can command God—though I would remind you this is a magic blog, and to take another look at this recent post—I want to return to what’s going on in that cunning prayer.

This prayer opens with a rather verbose adulation of the Almighty:

…one true god of gods, king of kings, lord of lords, creator of all the universal world, the holy, holy, holy, high, good and merciful…

It then goes into the bit that irks some folks that I pointed at above:

I, thine unworthy servant, do humbly implore thy holy, divine, glorious good and merciful majesty, through thine infinite goodness and love and mercy and eternal love of Jesus Christ, our mediator and messiah, that you will vouchsafe to forgive our manifold sins and to purify our minds, souls, spirits and bodies with thy Holy Spirit…

Now, on the one hand, this is how a servant might speak before a powerful sovereign, but the question I would ask is what kind of servant. The Headless Rite/PGM V.96-172 reframes the magician as an emissary, a messenger, an agent of the Almighty. The spirits better get in line: you’re here working for the Big Boss. In a similar manner, the cunning prayer then points at what all this divine prostration is getting at:

grant us virtue and power that these, thy holy angels; Cassiel…Gabriel; with their ministering angels and spirits being called or required in the name of God the Father, Son and Holy Ghost, may through thy mercy in Jesus Christ, willingly and readily teach, instruct, show and visibly represent, openly and plainly in our native tongues, make us perfectly to understand clearly all our honest and lawful desires, questions or demands.

The prayer moves from that do humbly implore into a new verb phrase: grant us virtue and power so that the angels and their minions will help us. And remember, virtue can also point to vitality and power, not that we have to become “virtuous” in the sense most folks would worry about.

I would hazard to you that this prayer is not about asking a distant creator deity to intervene directly: the cunning man using this prayer is framing himself as a loyal, trusted servant—more courtier and emissary than base slave—of the Almighty so that the angels and ministers of the cosmos will recognize the magician as someone they need to relate to in an appropriate manner. I even feel that the “honest and lawful desires” frames the magician’s petitions here in the sense that, of course, I work for the Almighty: all my desires are honest and lawful.

I would also hazard that this prayer is working to force the angels to relate to us in terms that are beneficial to us, in terms wherein they are servants of God and will operate within a nominally Christian frame of reference with us. Can you engage with angels without this frame? Yes. And we’ve had many angel cults over the years. Lots of Michael cults. Arguably, you can see something similar coming through the Enochian line.

Angel cults are weird. They’re dangerous to life and sanity. Coming at the angels without an appropriate ritual context lets the angels angel-as-a-verb with you however they feel like that day. And we get Michael cults inspiring moralistic, patrician crusader-king-wannabes. Or we get UFOs and Magonian high strangeness that gives people cancer. So I suspect that frames, like this prayer invokes, help mediate our experiences with very powerful beings. And, to be honest, something much the same is true when dealing with demons and other classes of more-than-human persons.

Spirit contact and spirit operations are very much matters of diplomacy and quite literal cunning and massaging local spiritual reality/consciousness to let us pull off hijinks without getting burned more than we might. Magicians are choosing to participate in a game of literal angelic Thrones and Powers and diabolic Dukes and Presidents, let alone other orders of beings.

I would also hazard that a magician who’s been trying to engage that cosmic body properly can pull this off probably better than others, and that approach actually requires a good dose of humility (it helps keep you sane) and an open heart, a friendly face presented to your unconscious and the cosmos, as they are the same or overlap and bleed together.

I have this suspicion that devils and maybe even angels want us to get cocky and arrogant and think we don’t need these kinds of protocols. And it’s not necessarily that “God forsakes us” but that we turn away from the divine, we close ourselves off to the divine. And I think that’s when we’re suddenly powerless, suddenly despairing.

Of course, I’m also trying to be clever about how to do magic.